Just saw this on eBay, so who does everyone think the players are, based on the letters representing their positions.

Can you tell who is who, by the shirt, number and stature?
Just noticed some of the names are visible in small print by their sides, so try to do it without zooming in!!
No prizes for correct answers. 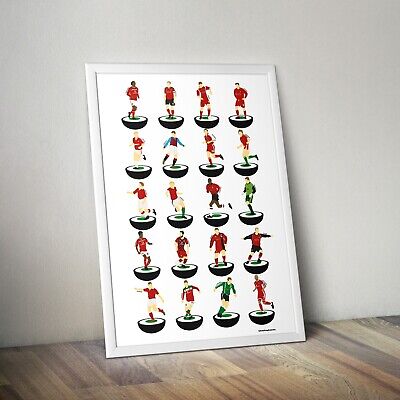 Walsall FC A3 Legends Print. ‘Keates to Kinsella’ A high quality Giclée art print, of an original portrait by HomelessGhostPrints. Professionally printed on 250 g.s.m . Available in A3 Portrait and delivered in quality poster tube ready to be...

Looks a recent strip…. we’ve had a recent legend?

Edit: Looks to be Kinsella. Legend

Slight sidetrack - I came across this a couple of days ago. Has anyone got the full set of Saddlers?

I think D and L are correct, but not Killer.

Amazing how a player can have their own unique stance.

He was the one I was most sure about!

I can tell that
M is Rico Henry
N is Otztumer

I’d say it was 96-97 season, the one before the awful tablecloth shirt, which would make it Kyle, or Charlie, or Mark Blake? Or Andy Watson I suppose, or Ray Daniel, or your suggestion of Ricketts could be correct, just the wrong season. Or Clive Platt. Have I missed anyone?

F, the bloke in the Villa kit, is presumably Gil Alsop.

C is Ian Roper I think. 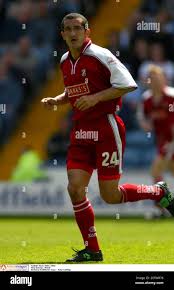 No Soldier Aston, no purchase!

K is Charlie Tarmac - you can see his name if you blow up the 2nd image.

E could be David Kelly

One good thing about this is it has sorted out a Christmas present for me!!

Have to say, I don’t know the answers either (apart from those you can zoom on the second photo on eBay)

I looks like Cannonball and Q is presumably Tony Richards. H looked a bit like Colin Brazier but the socks are wrong so maybe it is Serella Serella Serella although I’m not sure that’s his hair.
B I have not much idea. Is that the play off season kit? Tom Bennett wore number 4 I think, and it doesn’t look like him, not to me, and anyway he isn’t smoking a fag.