Let’s face it, we’re screwed. But as a fanbase, what can we do?

The club view us as a fringe, and this website only accentuates that in a way, given that there are less than 100 posters who post regularly on here who are critical of the club, so the club feel that this is a minority.

This is our worst continued position since the 1930’s, so what do we do from here to try and ensure we don’t end up in non-league obscurity?

I live 100 miles away from Walsall, and there’s umpteen reason’s why I can’t attend games, but I was one of the five behind the goal that day at Brentford (even if Thanatos (believe Percie, the Ellisons etc don’t post on here anymore?) at al probably can’t remember who the fcuk I am), and I’ll do whatever it takes to get my club back!

So what do we do?

Issa is the vehicle for protests. Have a couple of thousand members I think

Well I signed up a few days ago and was apparently number 466, so…?

And of course I do remember! 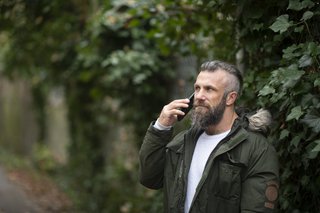 Talk to us on the phone

The first thing we have to do if we want a new owner is to put as much weight we can behind LPs attempt to get the freehold . I have posted numerous times that people are reluctant to invest in Walsall without the land being part of the deal. Unless a big “sugar daddy” comes along and buys the lot(which is as unlikely as rain in the Sahara) that is our only hope. It is sad but true that LP is our only hope of a better future.

The first thing we have to do if we want a new owner is to put as much weight we can behind LPs attempt to get the freehold .

How do “we” do that, given that he will not share with us his plan to acquire it, or how much it will cost?

Difficult isn’t it? He ought to “come clean” with us. He might be surprised as there might be people willing to help. Your point is well made .All I was doing is giving my view of the situation.If people want all this change they keep on about then their target should be regaining the freehold.I cannot see any other way of bringing it about.

They’ve all got multiple personalities

Do you not suspect that, as part of the deal he made with Bonser, he’s not allowed to disclose the terms of the potential purchase of the freehold?

How do “we” do that, given that he will not share with us his plan to acquire it, or how much it will cost?

He ought to “come clean” with us. He might be surprised as there might be people willing to help.

I don’t understand why Pomlett isn’t more open about it at all.

If he hasn’t got the means personally himself (which seems unlikely), and a massive windfall isn’t coming the club’s way soon (Rico

) , and so there is no actual plan at the moment, then as WalsallOne suggests, just admit it, get it out in the open and do something to get the fans on board ASAP.

Pomlett said in the ISSA meeting that when he took over he had agreed a price for the purchase of the freehold and an agreed a timescale to purchase it by, so despite much scepticism, it is actually for sale, yet all the time the clock is ticking down to that deadline, so why not open it out for discussion?

I know other ideas (fan investment through ISSA, moving away from Bescot etc) have been dismissed, but for me this is too big an issue for Pomlett to be too proud of going back on something he has previously dismissed to at least get all options on the table for discussion?

He could even spin it along the lines of ‘let’s all work on this together for the future of the club’ for some positive PR too, and he certainly could do with some of that at the moment!

If that’s the case, why not just come out and say he’s not allowed to discuss the terms?

The owner (and the purchase of the freehold) isn’t the problem per se - but it’s indicative of the problem, which is that the club has yet to enter the world of the 21st Century.

The club - from board of directors downwards - is still running as if it’s the 1990’s, but failing to see that the footballing world has moved on. Although the owner has changed from JB to LP, we’re still running things as though it’s a nice little community club that happily turns over a small profit each year and pays it’s rent money like a good little thing.

When LP took over, i don’t think many of us expected instant change - it’s not easy turning an oil tanker - but I would have expected to start to see meaningful change by now. LP started to do his Pomcasts, got a Director of Football, etc, etc - all looked like green shoots of change, but the fundamental way in the club runs (and it’s mentality) appears not to have changed one iota.

As @stig231 mentions above, LP could be working with relevant parties (including supporters) at looking at how to move the club forward, but i don’t think that they even see the need for change - it’s so stuck in a rut, that from the inside they don’t see the problem.

I don’t know how we solve it - short of sending the Directors for a week’s work experience at the likes of Sutton, FGR, Harrogate so that it opens their eyes on how the modern footballing world is moving on.

Perhaps he’s not allowed to say that either.

Pomlett said in the ISSA meeting that when he took over he had agreed a price for the purchase of the freehold and an agreed a timescale to purchase it by, so despite much scepticism, it is actually for sale, yet all the time the clock is ticking down to that deadline, so why not open it out for discussion?

Us versus them issue (in the club’s eyes). they see themselves as knowing how to do everything and can’t see the need for outside intervention, or that other people (whomever they might be) might have newer, brighter, better, different ideas.

“We’ve ran this club for x years this way and turned a profit ever year, we see no need to change” ought to be the strapline for the club

Forest Green I am well aware of. They really do have a top businessman and all round good guy as their owner. A man who really makes things happen, but who is also throwing a lot of money at the club.

I don’t know so much about Harrogate or Sutton. Could you explain what they do that is modern and encourages support and how that differs to Walsall? (Bearing in mind that this must surely be about more than just success on the pitch because Walsall FC would almost certainly insist that we have a bigger playing budget than both of those clubs)

To be honest i don’t know - just that they’re new (to the Football League) and seem upwardly mobile, so i assume that they must be having some better ideas and ways of working than we currently do!

They’ve got themselves promoted from National League, are in the top half of League 2, so must be doing something right!

Good managers? A good group of players at the right time? Upwards momentum? I honestly don’t know. I do see that Harrogate, in particular, have very small crowds.

I think momentum is very important. Someone mentioned elsewhere that turning Walsall is like turning an oil tanker and I think there’s a lot of truth generally there about football. When a club is on the up, great things can happen through momentum but, likewise, when they’re sinking, much worse things can happen than are expected. Relegated teams are always better to clear out the players who got them there, because many have just got used to losing. Maybe the same could be said about our whole club. Losing has become a habit over the last few years. You’d hope that Fullarton and Taylor could be the new blood who can bring impetus in the other direction, but it certainly hasn’t happened yet.