I was contacted by club on Friday. To inform me that tomorrow’s working party
. ( Monday. . 10th jan ) Would not be taking place.

No reason was given at the time of notification. Only the. Assurance that one would be held in February

Upon seeking clarification from slo. as to why it was cancelled at such short notice. I was informed it was. Because. , only three weeks had elapsed since last one and given the Christmas period nothing was happenings at club. , so as such. nothing to discuss but he was. Always available to answer any concerns. But fair play at least he responded. To the question asked.

How ever Issa are not happy with. That response as we had. Questions that us as an organisation. And those received from fanbase. Needed answering

These included. Amongst others. The below

What was the intention of the club during the transfer window,

and given the latest statement of possible investment within twelve months. Would they elaborate. And confirm that this so called investment. Was indeed fresh money and not loans from those already involved. As this would make it even harder. For. Outside investors To. Bring fresh impetus to club

So we think there. Was. Things that needed clarification. And important ones that fans want answers to , But as said. Club see-no need for a meeting. , not sure what other. Stakeholders in the meetings feel about decision. Made by club to cancel. But from an issa viewpoint we are disappointed. With. The decision. And feel fans are again being treated with contempt.

We will be highlighting. At next meeting that club themselves are. Contributing. To. Creating an uneasy. Atmosphere. Between. Themselves and fanbase. By doing such things as this

Not a surprise, hope they have enough tinned goods and fresh water for the next month they intend to spend in the “bunker”.

Thay are not doing themselves any favours are thay​:face_with_raised_eyebrow:

nothing was happenings at club

Er, well, yeah. I think that is kind of the problem. Nice to see that they are at least acknowledging it.

February so no one can ask questions about possible transfers.very clever

What a joke. Surely the whole point of these meetings is for it to not just be a one way update of what’s going on at the Club, it’s an opportunity for our supporter groups to ask questions?

Contempt for fans not even hidden anymore

My patience with Pomlett is starting to wear thin.

Sometimes it really is allll in plain sight.

Seriously mate , why even bother?

Nothing has ever come from a single one of those meetings.

Personally I think it may make them sit up and take note.

and thay have got very wrong if thay think that

Depends on what happens in next three weeks.

get 2-3 decent players in and at least there’s admittance from club that what is currently out there isn’t good enough. Can also build more towards next season if two of them come in on permanent contracts.

Do nothing bar signing Rollin full time and it really is deluded given club have lost to two of the bottom 5 in last 6 weeks, you don’t seriously challenge for top 7 doing that.

The meeting should be an opportunity to put questions and have them answered but it also depends on who is attending.

Wasn’t the last one just the SLO and Gamble (who almost didn’t attend) from the club?

Otherwise most questions will get fobbed off with “we’ll ask the person who’s dealing with that and get back to you!”.

When I saw the thread title, I thought it was a meeting to discuss Jamaican pastries… have we burnt them or run out of them? 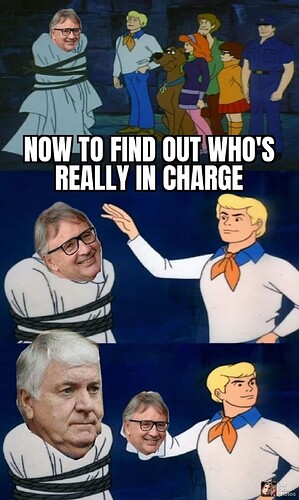 The concept is labelled as a “Working Party”, not as a “Not Working Party”!!
Surely it is something constructed of equal partners and not something that should be cancelled by one party without prior discussion.
As far as the club is concerned nothing really ever happens between meetings and their updates don’t usually consist of much anyway in my opinion.
I would ask the question, what issues are the working, party, jointly or separately, working on and why is an update of the position not worthy on this occasion? I think I know the answer, but that’s not the point.

Need to examine what the working party meetings are. My understanding was that it was a low level interaction to focus on fan interactions at the stadium to improve the (match day) experience, not a closed shop fan forum.

As such nothing much has happened since the last one.

If it turns into the latter then WSC needs re-examining so they don’t have it all their own way.