Government announce today that demolition of the Air Balloon pub is unavoidable for th e A417 upgrade and the loss is a 'slight adverse effect '. Memories of May 2007 and the promotion party. Who was there? 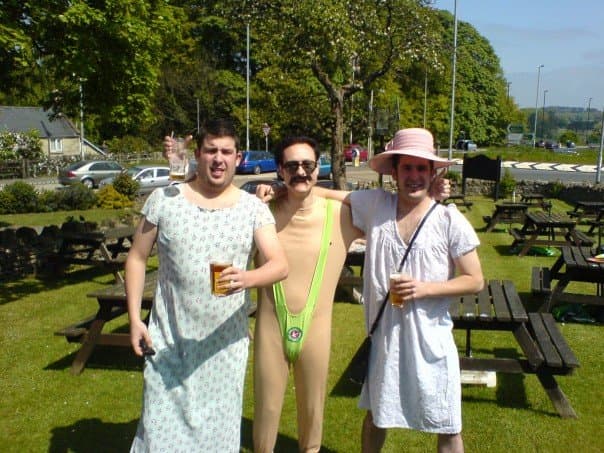 I’ve posted this story before, but as it’s relevant …

Went down to that game with my wife and cousin (that’s 2 people by the way - I’m not from Bloxwich!) We went early so we could park easily and have a pre-match drink. As we passed the Air Balloon there were quite a few Saddlers already in evidence out in the beer garden and my wife asked if we were going to stop for one there. I said I’d rather get parked up as close as possible to the ground, but we would stop there on the way back, hopefully with a load of celebrating fellow fans.

Anyway, after the game the roads heading that way out of Swindon were chocka so I had the bright idea of slipping down to the M4 and cutting back round that way to the M5 and beat most of the people sat in traffic - even with the few extra miles, we would still make it there well before 6 o’clock. We got onto the M4 fine and were sailing along when a local traffic report came on and said there was an accident ahead - just as we passed a junction where we could have got off to avoid it. Seconds later we came up to the back of the queue and sat there and sat there, crawling forward by inches every few minutes.

Eventually we made it past the hold up and got motoring again, but by the time we got to the junction for the Air Balloon it was almost 8 o’clock and I figured that by now anyone stopping there would have long been and gone and that everyone would be back in Walsall celebrating - so I kept on going all the way to Walsall town centre to find it more or less deserted.

When I heard later than not only had the place still been heaving, but the team had stopped off to join in with everyone … let’s just say that my wife still hasn’t forgiven me.

Oh yes I were there! What a shame this is…. I’ve been in that pub a fair few times over the years and it’s a landmark within the area

Been there a couple of times since that day and always had cracking meals. Big shame it has to go for a bloody road.

So were these 2 Flemish gents

I was in Tenerife, and my 2 Villa(ex saddlers) supporting nephews went, and thought it was funny when they kept on sending me clips of the celebrations, and still do

You can make up for it when we storm the second half of this season and clinch the League on the last day.

I do not endorse drug use.

Liam (Block)reeves and his brother Carl