OK, before the REAL season starts, we have an EFL Trophy (Michael Mouse) cup fixture to fulfil - a trip to the Memorial Stadium at Horfield, Bristol, to take on The Gas in Southern Group “D”. The other two clubs in this group are Oxford United and Chelsea’s U-21 side.

Rovers have had quite a busy pre-season, producing the following results:-

It’s difficult to judge the above performances, not knowing the relative strengths of teams put out for pre-season friendlies, but last Saturday’s defeat at Ipswich was sustained by what is probably Rovers’ first choice selection, and that included ex-Saddler Luke Leahy (squad number 3) playing in a left midfield role. There are, of course, managerial connections between the two clubs - Darrell Clarke was Rovers’ manager for four years up to 2018, and previous managers have included Kevan Broadhurst (Joint caretaker manager 2004) and Ray Graydon (2002-04).

No doubt Darrell Clarke will want to make a decent showing against his previous club, so we should see a strong Saddlers’ team selected for this game. Following the showing against Championship side Sheffield Wednesday our defence looks pretty settled, but he may opt to tinker with his strikeforce as goalscoring seems to pose some unanswered questions at this stage.

Prediction? Who can say … But bearing in mind our acceptable away showings for much of last season I think this could well result in a 1-1 scoreline - Eli to get ours.

Id imagine an entirely different 11. near enough Full rotation here, all the new boys to play.

I’m expecting much the same re shaking the team up before we start Welsh’s REAL season.

Subs to include Rogerson, Perry, Leak, Foulkes and Willis (any other youngsters registered?)

… or DC fools us all and starts the same XI 2 games running!

The result will depend on how seriously Brizzle take it - their first choice team for Saturday or blooding the youngsters and squad players too? So either 2-0 to them or 2-1 to us.

I’d imagine an entirely different 11. near enough Full rotation here, all the new boys to play.

Is that not against the competition rules? I seem to recall that the team has to include at least four who played against the Wendies and who will play against Grimsby. Theres another rule about the squad including players from our top ten appearers. I didnt quite understand that as the season hasn’t got going yet.

I’d forgotten about that, I was under the impression they have been relaxed now though, after the PL sides started chucking reserve pros in.

Maybe not 11 changes though, fair point!

Apart from possibly Jayden Campbell (who has only figured for part of a couple of pre-seasons) I’d expect all of my alternative XI to play some part in the 1st team this season - so how can the EFL pull us up for playing them instead of any of the others?

or DC fools us all and starts the same XI 2 games running!

Will never happen in our lifetime, to tinkerman the team choice raffle is like a nervous tick!

It’s a shame that DC’s first return visit to Rovers as an opposition manager is behind closed doors - reckon he’d have had a very warm welcome even if it would have only been a sparse crowd anyway.

I don’t think DC will mix it up too much, I can’t see it being the 11 who started against Wednesday which will be pretty close to the starting 11 for the season opener.
The one thing we’ve learned about DC are his “tinker man” team selections. Barring injuries, we are going to see a more settled side this season.
One thing I know for certain, we are all ready for it to kick off!

Injury free game and reason to smile after.

Barring injuries, we are going to see a more settled side this season.

Nope, think he will still do all the chopping and changing personally, it’s what he has always done. Bristol Rovers fans will tell you the same. It may not be to the extent of the beginning of last season, which was bordering on ridiculous, but I don’t expect to see many unchanged team selections throughout the season.

As annoying as it was last season, it will make more sense than ever this season coming up with the amount of games in a short space of time

From what we’ve seen or going by names on paper (Whyte / Osadebe), I’d say we have better cover in each position this season too so there shouldn’t be any drastic drop in quality between players coming in

Yes, this season is going to be different with all the games we have to play in the early part of it.
I agree that last year was crazy with the adjustments DC made. I’m looking for something more settled this time around as we have a much more balanced squad.
There will be changes, but hopefully not like last season.

Any link for stream of tonight’s action?

… or should I subject myself to the underwhelming, inevitable pain of watching National side In Copenhagen?

Would like to see a couple of newbies in tonight and see what their about. 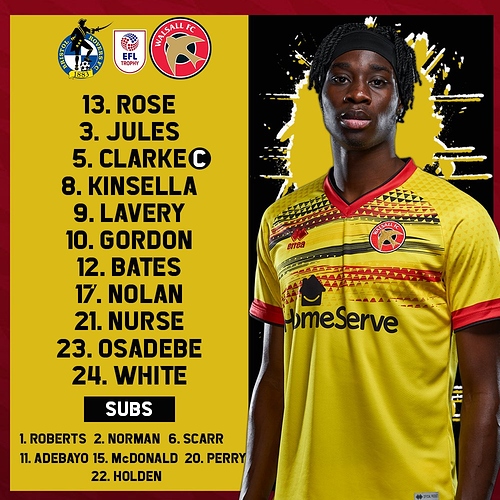 Is the commentary working on ifollow?