Shock as WFHYS fan in confusion over the difference between rearranged and postponed.

The games at 12.30pm have been rearranged.
Ours has been postponed by two and a half hours.

Assume it’s not an early kick off due to travelling on the day as it’s a fair old journey and one I’ve never done.

Looking forward to it which is not something I would’ve thought possible 7 days ago! 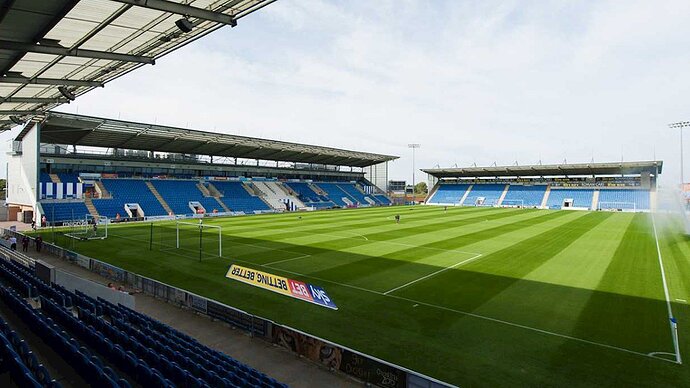 This Saturday's match away at Colchester United will now kick off at the later time of 5.30pm.

Off the official saddlers website no more needs to be said really.

I’d say it’s no further than Southend to Exeter, or Vale to Carlise, both of which kick off at 12.30.

Yes posted before looking at the actual fixtures thinking many of the lunchtime games would be reasonably local but appears not!

I assume the team don’t stay overnight though for away trips as didn’t happen much in the league 1 days so could’ve asked for later kick off.

no more needs to be said really.

Never stopped people in the past!

It doesn’t take much on there lol

Land’s End does have claim as an extremity, but as the most westerly point of England (not the whole of GB), with the southern UK limit being Lizard Point which is 35 miles away!

So I have absolutely no idea people go on about walking from Land’s End to John o’ Groats when Lizard Point to Dunnet Head is the more notable achievement - probably something to do with using a good publicist!

Ah, but Dunnet Head’s team play in a different league to Lands End therefore your point is moot