If we keep up our good form 10th September could be a big attendance if the cobblers are doing well.

Stevenage took 163 to Tranmere. Half the distance to us so double the amount. Adjust for first game of season novelty, adjust again for train strike and one final adjustment for their good start gives a following of 310…possibly.

Both the teams we have played are higher than Tranmere or Stockport.

You’d think tgat they would have more than 1 filling station! Trivela out!

Nightmare in the upper

There were a few casuals there also, as there weren’t any Premier League games.

Won’t be there tomorrow so you lot better keep this run going!!!

As a ST holder I’m not sure whether I’ll count towards the attendance or not?

Anyway. This is tough. Evans’ teams are always tough and he seems to be getting these lot to play and get results.

But I’d say it is tougher for them. And on a day that promises to be a scorcher I think the new substitute rule and out better attacking options from the bench give us the edge.

It will be a day for making the ball do the work . I hope we will be better at that than Stevenage. Fitness will be key as will our support. I have already forecast a narrow 1-0 win and if we use our substitutes correctly that may well happen.

I was thinking along the lines of how many wins will it take before those fans you’ve mentioned start crapping their pants and taking Leigh Pomletts warning shots that we are coming for them seriously.I’d say that warning shot probably made a sound similar to one of those snaps you use to throw as a kid,the ones in the sawdust.

One of the reasons I’m quite optimistic is that with the new sub rule, this is a 16 player game now. The attacking options from the bench are actually quite frightening.

Same with the tactics. You’ve managed to contain Johnson and Allen and cut off the balls into feet or mark Johnson out of the game and you can suddenly face balls over the top for quickies to run onto and dead ball base camps established where you need to contain Daniels, Monthe, Clarke and White from deliveries that are so much better this year.

In other words the first three games this season were all won in slightly different ways. Plans A, B and C yielding three wins without conceding. Obviously we haven’t gone a goal down yet - will be interesting to see how it pans out when this does happen. But reason to be optimistic albeit in a very Walsall and cautious way. 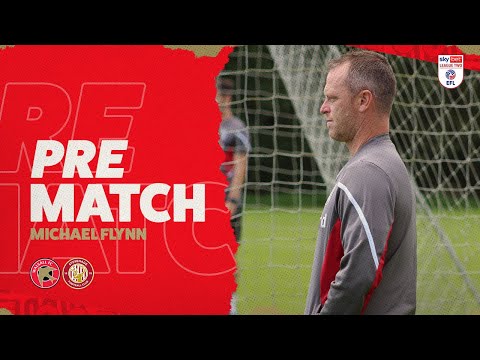 Its a strange one, remember Flynn saying he was in contention for the Hartlepool game has he had the clear from the specialist. But its never been mentioned what type of injury it was.

I agree with all of that but we still have 5 players out injured. When they are all fit we will be formidable.

“You could be working in a boiling hot office, no air con”

Should be a good game with two sides who have started well. Great result for them in the week in the cup. I think the heat might take the sting out though so ill predict a 1-1 draw. 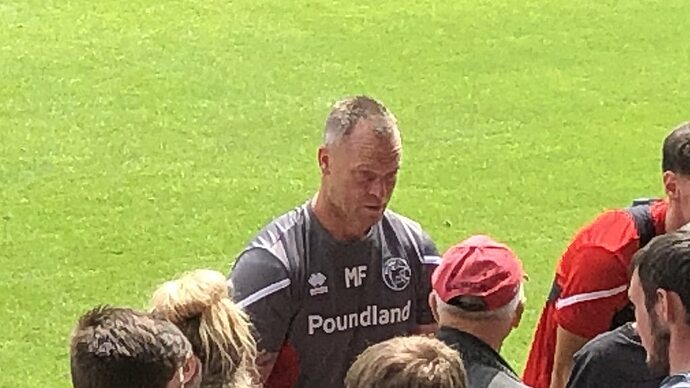 Does anyone know what impact the rail strikes have tomorrow? is it reduced service or a total strike?

Edit: Looks a total strike according to trainline.com