If the season started on Saturday

Would we be a fancied team for promotion?

I think we would but the worrying thing or not depending on how you look at it is potentially there could a fair few out the door in pre season. A bit of a mini rebuild again!!! Rose,Pring ,Jules ,Sadler,Norman ,Hardy,Guthrie,Holden, Gaffney and maybe more which is fine as long as they are replaced with quality over quantity.

Although i said in my match report that if we had kicked off the season like we did in the second half, and played that way all season then we would already be promoted,but in the back of my mind, i am mindful of the fact that we do have a tendency to shoot ourselves in the foot,and that there could still be another Morecambe or Carlisle result lurking just around the corner

the one thing we are lacking is consistency and a decent defensive performance.

Out of those, I’d be most worried about replacing Holden - and I would never had said that in 2019 !!

I am not sure if he is out of contract at City this summer, joined them in 2017, I am pretty sure I have heard Clarke say in one of his interviews there would be a chance of us keeping him here next season

I think Saturday was a good measure of this. We matched up and were the better team second half at home against a side 8th in the league but ended up with a draw.

So fancy for promotion? No. Top half/outside chance of scraping a play off place? Yeah around there.

3 or 4 quality additions and retention of most of this squad and then I think promotion is a fair conversation.

Pring will be loaned out again I would think to a league one side, has done well though. Norman and Hardy can go for me, Guffney has already gone by looks of things developing today. Saddler is another who can go, had a mare on Saturday. I would like to keep Jules, but it appears there is a real rift between player and manager, so am expecting him to be sold in the summer. If we could get Guthrie fit I would keep him next season, we always look so much better when he is on the field, especially at home, had another good game Saturday, as we dont know the length of contract of any of Clarkes signings, we dont really know if they will be here next season or not, wouldnt surprise me if Guthrie signed a two year deal along with his two Brizzle Rovers oppos, who again I would not be too concerned if they were not here next season.

Holden signed a 2 year contract extension with a further year’s option in May last year.

Gavin,
I agree with some of the players you mentioned being shown the door, but not all.
I think DC will try to the Bristol City lads.
Rose, has not been horrible, a better kicker than Roberts. Retain.
Jules, has something about him that excites the fans. Retain.
Sadler, solid defender. Much better than we had last season. Retain.
I’m the fence about Norman, he’s shown improvement but possibly not enough to retain him. Release.
Hardy, gone AWOL. Shame him and DC can’t patch things up, there’s a player there.
Guthrie, is, imo, past his sale by date, we need younger, fitter legs in that position. Release.
Holden, probably the most improved player in the squad. Much better in the 10 role than out on the wing. Retain.
Gaffney, released.

As we’re not going anywhere this season, I would like DC to give some of our promising youngsters a run out. Nothing to lose.

Agree with most of that mate I just think Sadler and Guthrie should go as they will be a year older and may be stunting the progress of kory ,Bates ,and Perry etc

Jules worries me has he doesnt get anywhere near his player. Full backs played well Saturday.We definately struggle with height in this this team. At least Rose punched a few away… Our tallest player would lose to a jump off with Nick Athey who would be giving him a foot!!

If your aunty had ■■■■■■■■ she’d be your uncle doesn’t necessarily ring true these days.

Norman signed a 2 1/2 year deal when he signed last Jan, unless we sell him he’s going nowhere. 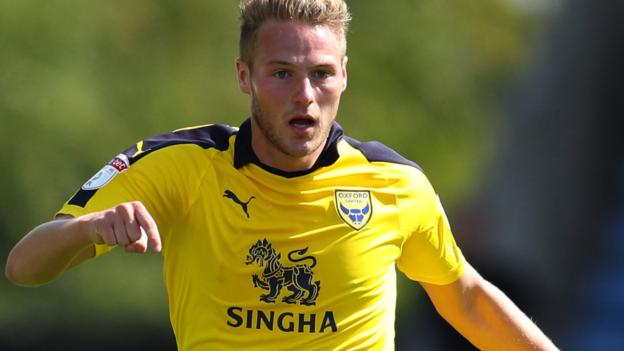 If the season started on Saturday I would expect a proven L2 manager like DC to know how to organise a defence properly, especially one consisting of so many proven defenders. I would also expect us to be utilising our talent, especially at home, to be more consistently “front foot” against pitifully poor opposition. That said I’m optimistic, or should that be hopelessly hopeful, that he can improve on the fact that we are currently mired in the dog turd of 14th in the 4th division, having played well about 4 times this season (and that usually for half a game), and having won 5 home games heading into March. Its not a great portfolio to back up a scenario or forward looking optimism, but I remain optimistic, hopeful and supportive. What else is there??

Can only be building blocks for next year now.

Josh Gordon is starting again to show some of the promising form he was displaying regularly in league one this time last year (Bradford, Sunderland etc). Hopefully he can start a season well for once and if he does he’s capable of scoring 15 in this league as he’ll hopefully continue to work on his finishing and anticipation in the box.

You sign a better targetman striker than Gaffney and another McDonald type out wide and you’re laughing (Adebayo can continue to develop as main one off the bench).

Hopefully a reliable CM who isn’t half dead like Guthrie can be recruited as the team look far more likely to score when he’s on the pitch.

Like many I’ve flipped flopped constantly this season between thinking Clarke is bluffing/actual a decent manager but despite the terrible losing streaks team is still looking likely to get 60 + point season. Generally to finish 7th in a season you need just over 70 points so it’s really not that big a leap.

One little problem though…Salford look unlikely to finish top 7 so they’ll continue spending stupid money on strikers. Bolton are coming down with a very experienced squad and really need relegation to get them going again. Tranmere will be in the mix as they probably went up a year too early and Bradford don’t look like making play offs. Trying to finish top 3 will be much harder next season I think and the team have been a country mile off that standard this season.

I’ve not flopped, he’s had a poor first season, absolutely poor. And “twice a day right stopped clocks” using the worst month of football in the modern history of Walsall FC, ie Darell Clarke’s October 2019, as being the bench-mark for some kind of miracle improvement are as barmy and boring as most of this season’s selections and performances. He’s got my support, I actually quite like him, and hope he succeeds, but this season has been a complete flop, not the disaster it once threatened to be, but a flop none the less. I hope he is finally managing to learn from his many glaringly obvious errors, his interview post Saturday is suggestive is that he might be, in which case he should embrace the fact that he is the only lower half of div 4 manager currently in post (from the start of the season), and should build on his good fortune and the faith shown in him by actually doing his job properly from here on.

On current for we would easily make the playoffs… no doubt

In other words whilst there are signs of progress, there is still a load of work to do and whilst I’m more than happy to have given him this season, I’m still not wholly convinced.

All that said, we’re not far from the anniversary of Accrington away, the day I felt we were in real peril of a double drop. That this is now an impossibility gives me some hope.