We head off to Greater Manchester this weekend as we face Rochdale at Spotland, or The Crown Oil Arena as it is officially now known.

The hosts find themselves 20th In League Two heading into the fixture, with a 7 point gap to the relegation places, with 6 games remaining. A win for them here would effectively see them safe.

Interestingly, Rochdale have lost 3 LESS games that us this season, but on the flip side they’ve also won 3 less, hence their position.

The manager of Rochdale is ex-Premier League defender Robbie Stockdale (Middlesbrough) who has been in charge since pre-season, and his squad contains two former Saddlers in the shape of Paul Downing and Eoghan O’Connell, who will both be hoping to feature this weekend.

The Dale’s last six results have been:

The Saddlers head into this game on the back of a horrendous performance against Leyton Orient last time out where it looked as if the players had already reached their beach holiday destinations. I have a feeling that with the mentality of some of the squad it might be more of the same for us this weekend, unless Michael Flynn makes changes and gives some of those hungry for a chance to impress a start.

No new injury news appears to have come out of the club so far this week, so as we know, Zak Mills is back in the first-team fold, and Reece Devine can’t be much behind.

Going into this game, what team would you start with? I’m not sure what I’d do, but I like that Flynn has said that two or three of them are playing their way completely out of his plans. Maybe he will stick with the same team to allow these players to cement his view that he won’t be keeping them?

Anyone going, credit to you. I thought about it, but for what Is nothing more than a glorified friendly for us now, coupled with our piss poor performance last time, I’ve decided to work instead. That’s when you know it’s bad!

Hope the chippy over the road is open before the game, well worth a visit and could possibly be the best part of your day.

Looking forward to it

After the Salford/Mark E. Smith tribute, this week we will be mostly stopping off at Hebden Bridge in honour of the Bogshed two’s sad, premature demise. 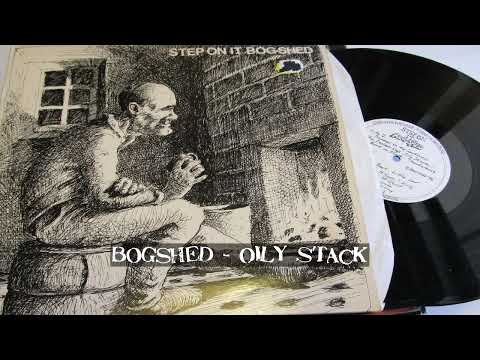 I’d go 442 and mix the team up after that catastrophe.

Ummin and arring whether to goo.
Definitely won’t be frequenting the mullet heads den of iniquity though.

The Crown Oil Arena is never an easy place to go, somewhere we usually take a healthy travelling audience to and I expect Saturday will be no different.

A hard fought 2-1 Saddlers win for me. Time to get back to winning ways

I’m not expecting a good following at all. Be amazed if 400 go.

It will be good to go on a Saturday. Many of our recent encounters have been midweek games.

Many of our recent encounters have been midweek games.

As will be our games against Morecambe & Fleetwood next season, and in the middle of winter too!

No, missus has put her foot down, So no, despite Rochdale being but a catspiss run down the M56 & M62 for me, so annoying.

Sorry to hear that. I was going to buy you a pint

Think both of us would need medical attention prior to the pint buying!!

It’s about time the lads started picking up points again, you’ve had two weeks off so let’s show some pride in the shirt, and vast respect for the fantastic support you’ve received this season despite a few really crappy performances we’ve had to endure, it’s the least you can do!

Missing this one, been at the last few away games which have been piss poor.

1-0 Rochdale
Our players can’t be arsed anymore and showing why they got taylor sacked
Rochdale will want this more , be faster stronger and more determined
They will score from a corner

They will score from a corner

Think they will just need to turn up in order to score against us at present!
If we have to lose this, as we will, lets hope its a 4-3 type of score, for which they are famous, rather than a 3-0 dicking which is more likely as our ‘defence’ has fallen apart and we have once again forgotten how to score.

I’ll just mention that last Saturday was the first time in 8 games thst we hadn’t scored.

I don’t expect much from this game. It is an extended pre-season period and nothing more. So, no injuries and just a good game.