size of the audience.

Firstly, my apologies KingCrod; this is not meant as a direct criticism of you.

Maybe I’m just old school (or just getting older) but I can’t get to grips with the use of the word 'audience’in terms of football. Is it just me?

I’ve always been used to the word ‘crowd’ or ‘attendance’ or even ‘spectators’ or ‘supporters’ when referring to pockets of the crowd.

When did audience creep into the football vocabulary? It just gives me this vision of turning up for a concert or play. Did it arrive with the prawn sandwich brigade?

If it’s here to stay, should we be using the word ‘ambience’ instead of ‘atmosphere’ and ‘performing’ instead of ‘chanting’ or ‘singing’.

I just want to stay in with the ‘in crowd’ (or should that be ‘in audience’… help.

When did audience creep into the football vocabulary?

About the same time people starting having a “matchday experience”,instead of just going to the math/game/foota (Sorry I also can’t use the words soccer or footie)

I shan’t be there. Willing us to win but only do the reserve team thing if it gets to the tasty end of things.

Going for a 3-1 defeat. The gallery will consist of around 985 patrons.

They might buy 2 of the 6 balti pies on offer?

I thought they only eat jellied eels.

And this concoction, at least our kitchen staff have the skills to get the pie to look like this 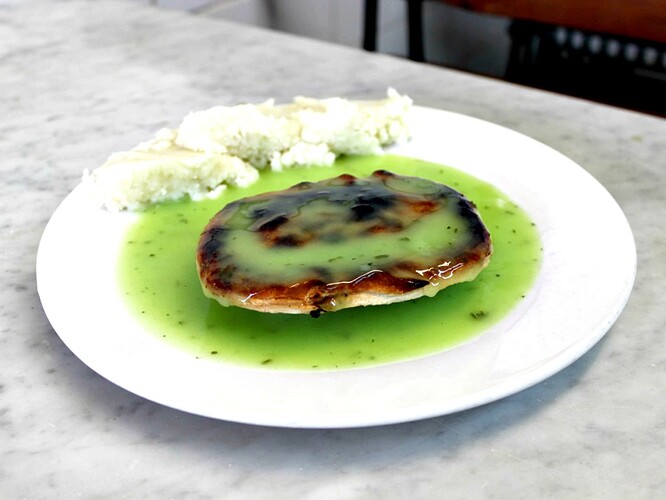 the juice of jellied eels

Oh my gawd! The horror.

To me the way the slide the mash on hanging off the plate is more horrifying than the sauce.

I dunno why it just winds me up

It’s a bit like a signature, same as when they put something on a plate in a michelin star restaurant then drag the spoon through it to make it look arty, or when they put a drizzle of balsamic vinegar on the side

I thought it was a quid for everyone. Or is that just for me 'cos I’m ancient?

The group of people together in one place to watch or listen to a play, film, event, someone speaking, etc

That’s the definition in the dictionary. My old dear always called it an audience, and I’ve always used it but I know many would also call it something slightly different.

Really think that Williams should play in this game.

Bring on James-Taylor for last 30 but Andy Williams badly needs a goal.

His movement for the ‘ghost goal’ v Charlton was sublime and against inexperienced defenders, his nous should be enough if he plays centrally and receives good service.

I badly want him to succeed because I feel that Pomlett has looked at the Cheltenham blueprint as a way to get Walsall promoted to league one.

Once we get there, with increased revenues, we can raise the bar again, with player signings - hence the reason why our veterans are on one year deals (with the know how to help our youngsters/loanees/McEntees, etc…)

Good point about the veterans deals. We clearly had a signings plan which has been derailed to a degree by 3 of them suffering long term injuries.

I’ve just been sent two complimentary tickets for this game