I’ll be there. Got my tickets.

This time next week we’ll be millionaires I mean out of two cups…. 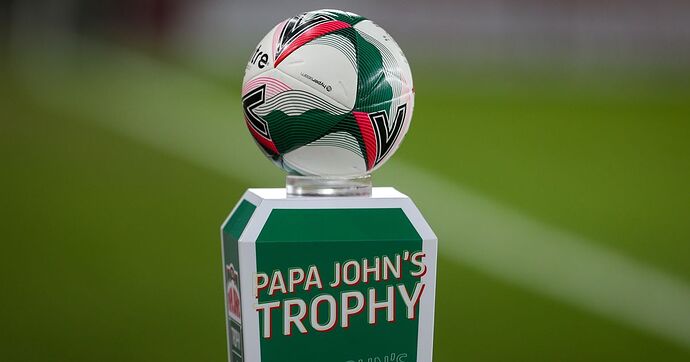 The EFL has confirmed that one of the rules governing this season's EFL Trophy, has changed.

My ticket arrived this afternoon so I’ll be there.

Well done to all those going to this match. I hope you see us progress to the next round. I think we can 1-0 will do.

Two flies playing footy in a saucer, one says to the other. " gotta do better next week mate, we’re playing in the cup. ( Better than puns )

Really bugged me that has.

Looks like they’re going to mix and match with the ressies.

Hopefully they rest Hollahan who I think is 39 now? 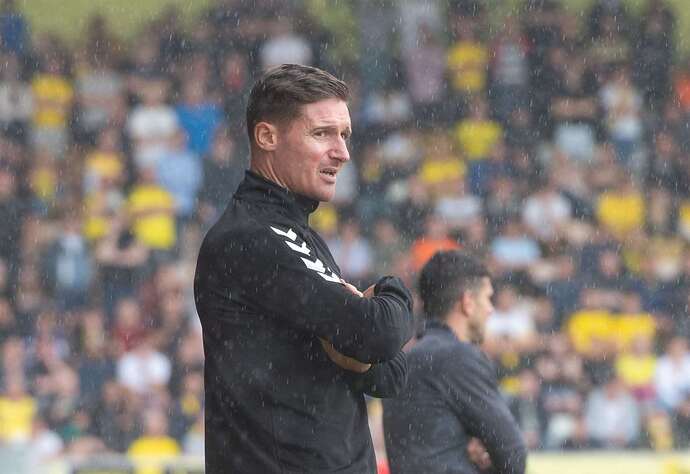 Cambridge United to rotate squad for Papa John’s Trophy clash with Walsall at...

The Saddlers visit for the second round tie

That only helps if we don’t do the same.

How much do the club want to do well in this competition (there is prize money for winning games even if you make a loss on the gate if drawn at home)? Or is MT using it just to give squad players a bit of a run out? Unless we are serious about getting all the way to Wembley in it, LP may see Saturday’s game as the best chance of getting a pay day from a juicy 3rd round draw so put the emphasis on doing well in that and keep our powder dry tonight.

Sooooo … we could see the usual full 1st XI (or at least only 1 or 2 changes from Carlisle) against their B team for our best chance to progress, or we do the usual full swap out and it becomes a lottery.

If the latter, that means Rose in goal, Taylor and Leak come in at the back, and Phillips up front. Kinsella probably needs some game time after being out so a probable starter but both Bates and Perry? No Mills to step in for Ward so he’s likely to stay in - and unless he brings in Sadler (which I doubt as he seems to be only an emergency off the bench option), either Monthe or Menayese so which one gets a rest? Willis is still out on loan so Khan and Shade on the flanks? That gives us a bench that looks stronger than the team on the pitch - 7 out of Rushworth, White, Monthe/Menayese, Labadie, Osadebe, Earing, Wilkinson, and Miller (assuming Kiernan is still injured).

I’d put the women’s team out if I was Taylor to be honest.

Rest our most important, not arsed whether we win or lose, and I don’t think if we lose it’ll impact morale or anything. Everyone is aware that nobody is at it 100% in this competition.

I’d like to see Earing play the #10.
We know playing Bates and Kinsella or Kinsella and Perry together doesn’t work,
which means Kinsella and Labadie as the central 2.
If Sadler’s fit I’d play him instead of Ward.

Agree about the sure starters. We might see Leak and Perry and, if he is fit, Kiernan.

This will be a tough game for us, Cambridge are a decent side who are difficult to beat…against us anyway.
It would be nice for us to progress cup competitions, something we haven’t done since Dean took us to Wembley. If memory serves me right, we didn’t show up for that game.
Not confident in anything other than defeat.

Everyone’s a tough game for us?

Injury free game, because that’s important. Rest is not.

Think we need to rest some players at least if we do anything on saturday may get a decent team in the draw as doubtful as it may be with swindons away record.
I dream of a 44 for something a bit different doubt that will happen though.