September ends with the visit of Bristol Rovers to the Banks’s Stadium for a bottom of the table clash that sees 19th play 22nd.

Bristol Rovers, also known as The Gas, are managed by the enigmatic Joey Barton and have not had a good start to their own season, with 2 wins, 1 draw, and 5 defeats to their name after 8 games.

Many expected The Gas to be challenging towards the top end of the league this season, and having bolstered their ranks with a lot of decent players for this level it is suprising to see them struggling as much as they are. One of their deadline day signings, the well-travelled Leon Clarke came on and scored on his debut recently, but ironically appears to now be injured for a sustained period of time with a hamstring injury (imagine the uproar if we had signed him as some wanted!).

As for The Saddlers we come into this game on the back of a late defeat to Newport County, losing 2-1 and by a far shorter distance than we might have if Carl Rushworth wasn’t in our goal.

Early team news is that Joss Labadie is out (serving his last game of a three game suspension), with Rory Holden and Conor Wilkinson both still injured. A note of concern for us is that Liam Kinsella appears to have gone off injured in our previous game, with more news on the severity of this to come this week. Fingers crossed it isn’t a bad one. 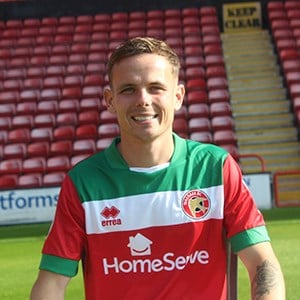 What do you think our starting XI should be for this game?
What are your predictions?
Can we turn this season around before it’s too late, and actually ‘give it a go’ as LP said we would?

As an aside to this game, straight after it there are four of us who are walking 66 miles for Acorns Childrens Hospice, leaving the Acorns Walsall site at 6pm. If anyone is at a loose end and wants to see us off from there you are more than welcome to come down.

With no labadie or kinsella ( sounds likely his injured )we will lose this as we will be torn apart in midfield .
We are weak uptop with no Wilkinson or Holden Aswell I can see this being a drumming for us. 3-0 Bristol rovers

If Kinsella is out it will be difficult for us. I would probably play Mills as the holding midfielder in that event.Not ideal but I think the other options are worse.

Horrible to say but a midfield of earing/perry or Bates will be destroyed. Especially as 2 out the 3 are going so far backwards

If their centre halves are as bad as Mansfield we have a chance if they are like Newport’s we won’t create much because Miller struggled to get in the game on his own against 3 big central defenders.We need to have more spells of possession we don’t knock the ball around and we end up with 40% possession most weeks it’s not good enough and needs addressing as well as stopping crosses which keeps biting us is the backside like Scunthorpe’s late equaliser,haven’t even watched yesterday’s highlights but I’m guessing the cross could have been avoided?

Not sure about that. Perry hasn’t looked right to me the few times he has played this season and he isn’t a defensive midfielder anyway. Lets hope Kinsella is fit . He rarely gets injured so he may make it.

Football is about reactions, i fancy one here, they are in a bit of a mess themselves so no better chance to brush off a crap defeat.

Walsall win , I think they will need to bounce back from this one and do it convincingly .3-1

Without Kinsella I think we’re in big trouble, hope i am wrong.

Mills is shit in his actual position, not sure I have a desire to see him play in one he can’t actually play in.

Got to be Bates for me. He’s more defensive than Perry and if Earing is your other centre mid you need somebody with some defensive responsibility. I don’t think Taylor trusts him though. 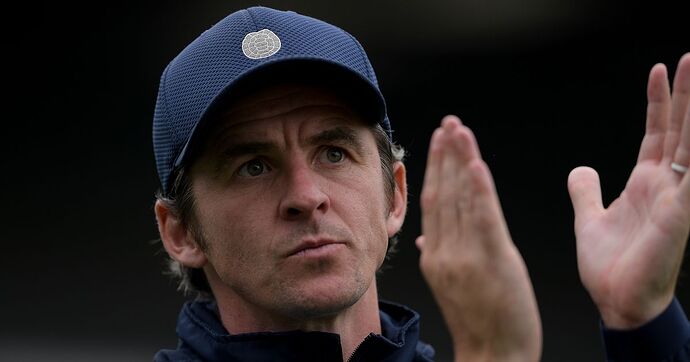 Walsall keeper Carl Rushworth says he will continue to relish the pressure moments as he looks to be a difference-maker for Matt Taylor's side.

That’s it then, nailed on Brizzle win, if they are indicating this is a must win game for Barton to keep his job we all know that our boys usually like to give the opposition a helping when they need one.

Cant believe we are still talking about Holden and Kinsella have we not learnt our lesson from last season being over reliant on one or two players yet again.

But we also have Ladabie and Wilkinson missing, there is nothing beyond that to fill the void.

This is obviously a game of two teams looking for a reaction. We absolutely cannot have a repeat of the first half against Newport reading accounts from you guys and ladies that watched it. We need to be at them from the off. A goal early would subdue their big following and turn it against their team and joey Barton. I assume they’ll bring nearly a couple of thousand as they always do. We have to stick the bayonet in through the ribs and twist it to assure catastrophic blood loss.

To be fair there is at centre mid. Earing, Perry, Bates and Willis still to come if needs be. It’s why I said our recruitment is lopsided. And shows how poor the recruitment was if we are that well stocked and still devastated by an injury to Kinsella.