but you do wonder if we may get into a struggle to finish the season again.

It would be the most Walsall thing ever if they are forced to play their youth team and we go and lose.

Might as well get use to this players testing positive with COVID stuff especially in London seen some pictures of Camden yesterday crowds galore no masks no social distancing next thing that will happen there will be no football again and all locked down again because people just don’t listen!!.

Think its the Cup game v Spurs they will forfeit as no time to re arrange with the tight schedule.

If we don’t complete the season, they ought to use 5 minutes into Saturday’s game as the cut off and do points per game from that - we’d be gong up as champions!

I don’t think it will matter mate. I think football at our level and below is pretty much over, at least as we know it.

I agree, I think football will be the ultimate victim of this pandemic.
With the gov in a state of panic can anyone realistically see proper numbers of football fans back in stadiums this season? I have my doubts. Watching practice matches played in empty stadiums has a dour ring of foreboding about it, lacks excitement, lacks reality, lacks a future.

I think teams can get through to start of 2021. Won’t be easy but plenty of people thought teams would go bust in the March-September period and 6 months without matchday income, only one to go is Macc and Wigan in admin and both cases are more due to chronic mismanagement from the ownership which happens at any level in normal times.

If you look at the fixture list there’s still nearly half a season worth of games from 1st Feb so think loads of clubs are crossing their fingers can at least get 3k in by then. That’s still another 5 months away so nearly takes up all of the doomsday warning from Vallance and Whitty.

Edit: 10 home games from Sat Jan 30th. Includes Mansfield, Cheltenham, Bradford and Tranmere which all have potential to be decent attendances if restrictions are relaxed and team are doing o.k. Harrogate on Good friday aswell.

It’s not going to be easy and not having the xmas period will be a big blow. I assume there won’t be any socially distanced conference events at the club for a while either as that income would help out the club a bit through the winter.

You always seem to post a lot of sense. Nothing wrong with what you have written there, I just don’t share the same positivity. Obviously I hope you are right. Clubs have worked so hard to get things ready to go, with the carrot of having a reduced capacity allowed in October. This may have allowed things to tick along but would have still left a lot of clubs in trouble. It’s not like it’s a shock cases have gone up as we head towards winter.

It just feels to me like we are many years away from having fans back in grounds in numbers, away followings, cup runs that generate £££ .

When teams have been on the brink and people have said “why can’t Premier League clubs help out” As much as I don’t like what the Premier League is, I have always been of the opinion, why should they? I do think now is the time some of the many riches involved in football should help save our football pyramid. It may not matter to those at the top that are cramming in extra games on weekends to get on TV, but it important for the future of football as we know it.

At what point will clubs have to start refunding season tickets? It’s a big mess and I just can’t see it all ending well. I really hope I am wrong and something positive can happen sooner rather than later.

Watched the two games last night, at the end they all shuck hands and hugged each other as if it was normal. So case’s will still carry on in football.

Problem we have is most clubs are currently only surviving due to deferred payments and loans.

No way will a good number of clubs make it through 3/4/5 further months, sad but true.

Orient have 18 cases now, so i can’t see our game going ahead on saturday. 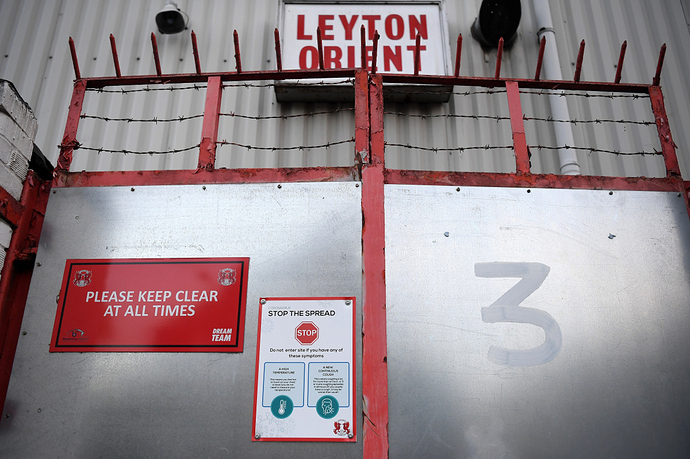 TOTTENHAM’S Carabao Cup tie with Leyton Orient is OFF after the O’s squad was hit by a ‘number’ of positive coronavirus tests. The League Two side were set to host Jose… 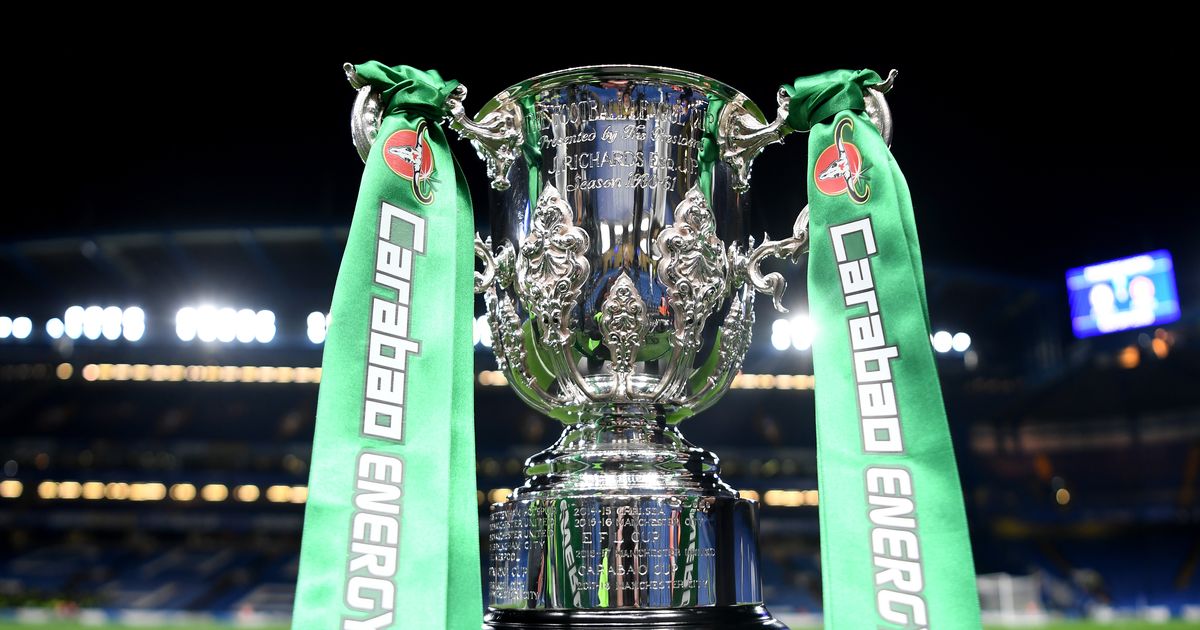 That is pretty severe. From what I read they played Mansfield despite players saying they felt unwell. Bit naughty that really.

And the manager literally saying it wasn’t Covid related pre match. Can see why Mansfield are fuming.

Yep no sane way the game will go ahead if those numbers are true.

With the latest restrictions, I can only see our season being cancelled again.

This is a classic example what happens when restrictions are lifted too soon. Complacency kills!
This may kill our season and our club if the footballing authorities (PL, FIFA) don’t put their hand in their pockets to help us out.

I don’t really think that is the case. The restrictions have been lifted some time now. It is a respiratory virus. Cases were bound to rise during the autumn through winter. They no doubt will next year and the year after and probably forever more.

I agree the future of lower league football looks bleak.

I am in a vulnerable group and my wife and I have been in virtual hiding since March. I do not know what the future holds. But the key must be the the number of deaths and the risks that are acceptable. Currently about 5700 people a day are dying from Covid globally, half of them in the US, India and Brazil
https://www.worldometers.info/coronavirus/
In comparison, about 3700 die each day from road accidents and many more from the pollution caused by cars. No one suggests that we stop driving because the risk is deemed acceptable for such a convenience. If the death rates remain reasonably low, then the way forward is the do stuff as near normal as we can while being careful. We know to wash our hands after using the lavatory, we know to be careful crossing the road and so on. The way forward with Covid is just that. If spectator sports are decimated, theatres and restaurants close, what future is there?

Oh I totally agree with what you are saying. It seems like some people seem to think that if everyone follows the governments rules we will wake up one morning and this will be gone. Nope, it is going to be around forever. Next winter will no doubt throw up the same rise in cases as this winter will.

There must be a tipping point somewhere, where people question what is going on. I have young children and I honestly don’t see what future there is for them if this continues indefinitely.

I stayed in when I was asked to, I wear a mask when needed, I’ve followed all the rules set, My kids didn’t see their grandparents for months.

Lets not forget the fact other illnesses are not being diagnosed or treated properly, and the severe mental health implications of what we are being asked to do. As you rightly said, there will be nothing left.