"As swift as breathed stags, ay,
fleeter than the roe"

Off to deepest Nottinghamshire to test the theory of whether a team performs better on the departure of an unsuccessful manager … Graham Coughlan has been shown the door after winning only 4 of his 27 games in charge, and this week’s midweek home defeat 2-4 at the hands (and feet!) of Barrow was the last straw. Academy manager Richard Cooper takes charge for the time being. The Stags are currently hovering over the relegation line on 5 points, without a win in their 9 games. If you think our form is poor just compare it with this…

There are numerous connections between the two clubs, going right back as far as most of us can remember (even Pedagogue) … In addition to our current tinkerman Darrell Clarke who made 177 appearances for Mansfield, the following gentlemen have played for both Saddlers and Stags … Terry Austin … Lee Beevers … Trevor Christie … Harry Middleton … Fred Morris … Dave Syrett … and in their current squad you’ll find Malvind Benning and Andy (who ate all the pies?) Cook. If that wasn’t enough, Stuart Watkiss also figures in the list of previous Mansfield Town managers.

This game would seem to be ideal for Darrell Clarke to adopt a full-on attacking system, even without “Flash” Gordon. Mansfield’s confidence levels must be on the low side, and they will be without defender Aaron O’Driscoll (red-carded against Barrow). It’s also worth pointing out that Barrow scored 4 goals at Mansfield, and all from open play (no penalties). Let’s give a couple of the youngsters a decent run-out, because judging from our Cambridge performance they couldn’t really do much worse!

Prediction? This has to be a “must-win” match - let’s be brave and go for a 1-3 away win. (Mansfield must score one, because that’s still our minimum gift to all opponents). Scorers for the Saddlers might well be a rejuvenated Wes MacDonald, Rory Holden, and Eeeeeelijaahhhhh.

Mansfield have sacked boss Graham Coughlan after their winless start to the League Two season stretched to nine games. He should not have signed the Cookie monster… UTS.

If we are to be a good top 6 team then we have to be winning these games i will go for a 0-2 with Ely on target and Kinsella to have one bounce in off his derriere to make up for his last couple of poor decisions.

This was one of the aways I was most looking forward to coming down to league 2…annoying it’s been missed twice in 8 months for events beyond our control.

Can see DC going even more defensive after Tuesday so 0-0.

Video of Cook waiting to come on as substitute 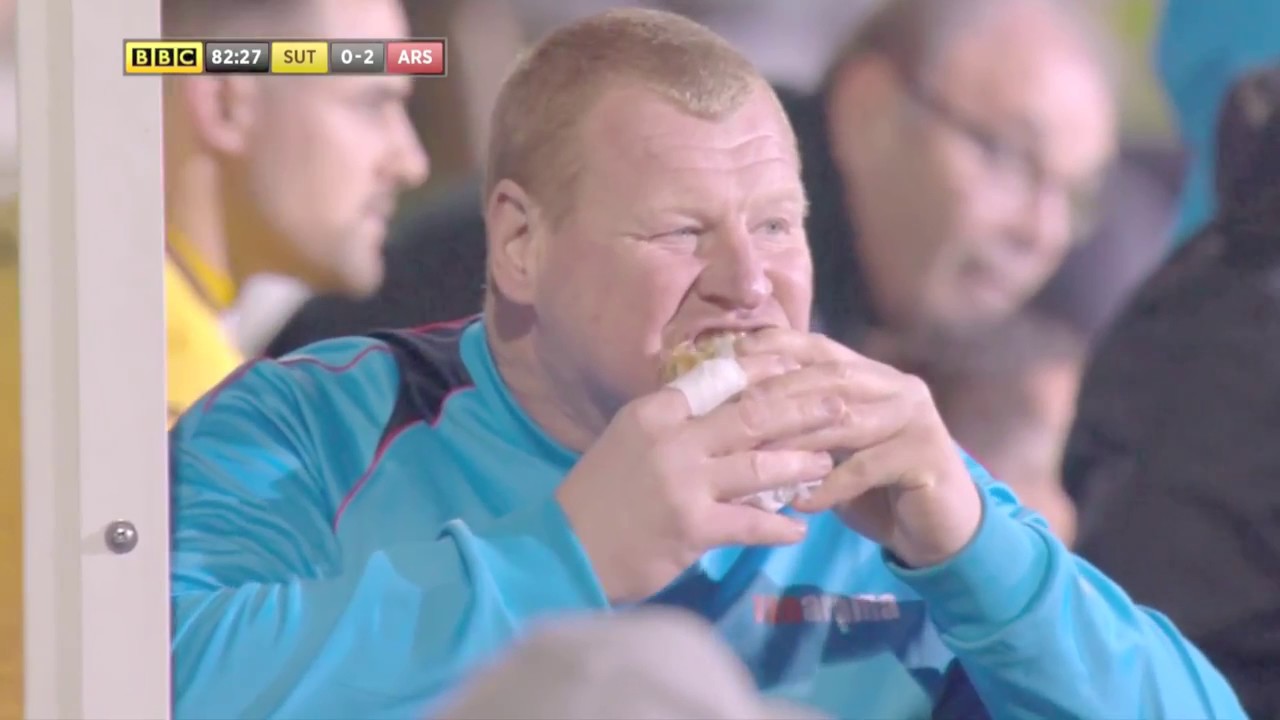 Hard to fathom what DC’s reaction will be to Tuesdays appalling lack of guile up front…will he go ultra defensive? (which would be my choice of his ‘usual’ antics) Will he try some youngsters? Will we be as disfunctional?
Will we remember that scoring goals wins games, or are all the players so lacking in confidence that we will continue to give away goals?
Defeat is unacceptable, that is obvious, so it will be another disappointing 1-1, slipping us further towards the bottom.

A potentially dangerous double whammy of New Manager Syndrome combined with Former Player Syndrome.
Nonetheless I am eternally optimistic and expect us to laugh in the face of the footballing Gods and come away with a 1-0 win through a Guthrie solo effort in the 98th minute.

Wishful thinking but I’m hoping the fact that fans aren’t there will mean Cook won’t be up for it as much as he would be with us throwing abuse at him.

We will lose this 1-0 , we look a little tired and short of ideas.

I really should be looking forward to this but I’m not, not one iota. Will be there on i follow again moaning away in our whatsapp group. Fully expecting another nothing bore of a game and yet another reminder of how poor football really is without fans. 4-0 to us.

Scrimshaw got himself in some decent positions when he came on against Cambridge.
I think if we play him up top on his own in a 4-2-3-1 with Holden Central just behind we may sneak a win … Adebayo on the bench as he really looked as though he needed a rest on his last outing.

I think we need to see a bit more squad rotation, especially in central midfield and up front.

Wouldn’t mind to see something like this on Saturday:

Give Adebayo, Kinsella and Lavery a rest as we can’t simply can’t afford to let them get burnt out this early in the season.

To be honest with Mansfield struggling at the moment ( famous last words with a new manager ) I would give the two new forwards a run out together and see what they can do , after all it’s the best chance they will get to put a performance on .

Certainly think perry needs to be given another opportunity.

Against Mansfield it will be a slog fest between two out of form teams on a sticky pitch. Our gaffer grew up there and will not want to lose.

They have some good strikers so we have to be fully prepared for numerous crosses into the box and Maynard causing problems picking up in flick ons from the Cookie Monster.

For that reason, I favour a big strong team with willing runners up front. Scarr can head and hoof but with young strikers up top, they can run after lost causes all day and will be keen to impress.

If we can be at 0-0 up until 70 minutes, we can then bring on the likes of Guthrie, Elijah and Lavery who should be able to unlock the door against a tiring team low on confidence.

I’m going for a battling 1-0 win for the Saddlers with this starting line up:

Not sure I would have that middle 3 ever. We need a bit more creativity than that.

Funnily enough, I am not so sure we are “out of form” as much as “out of quality players”. Maybe Wes is out of form but the rest just pass the ball around competently enough, presumably as they have been told to do. What has prevented us being in the top three has been the “free goal with every game” policy (with a bumper double offer for Cambridge) and our lack of creativity up front. Difficult to see us getting four since we do not have that many shots on target.

In all honesty, if we are going to start with 442 then I don’t think Holden should start. He’s fine as part of the attacking three in 4231 or 433. He could probably do a job in midfield in 433 too, if he was given the licence to get forward. We just don’t get anywhere near the best out of him shoved out wide in a rigid formation. I’d much rather see Nolan out there, although he’s mysteriously fallen off the face of the earth.

I appreciate that Clarke likes to alter formations during the game, which is no doubt the reason Holden is shoehorned out on the right, but I’d rather just rest him than have him burn out if we’re not going to see the best of him

Not only it looks like a must win game, but also manager change card is in play and former player card too. Banana skin comes to mind. Anyway, 2-0 and most welcome cleansheet.