Anyone know what has happened to him?

In Pomlett’s programme notes yesterday he thanked him for his service and future endeavours and said he would be staying on at the club in an advisory capacity.

Bit harsh to comment with that with no background.

I thought he must have gone because I saw an advert for a Medical Officer where the qualifications required were for a top class physiotherapist. I didn’t know the bloke but he has given us many years service so I will say thank you an good luck.

There was a fair bit of aggro between Czucman and some Walsall fans during Whitney’s time as manager.

I don’t know the specifics of what happened regarding Czuczman, but after the way certain fans treated Whitney, his staff had every right to show some attitude back at them.

I wonder if Whitney is still doing that kind of work, he was one of the best at his craft we’ve ever had.
I would welcome him back in that capacity.

I’m sure Smith managed to get him at Villa in some capacity, not sure if he’s part of Gerrard’s set up though

“Physio Jon Whitney nurses Louie Barry who’s taken a whack to the foot. Barry’s OK to continue as he’ll look to run it off.”
From the Birmingham Mail - 18 Jan 2022 Premier League 2 report

Yeah nicely in the Villa set up doing what he does best so no chance whatsoever he’s coming back.

Thanks for that, I hadn’t followed him since he left us. Glad to hear he’s a the level he’s supposed to be. 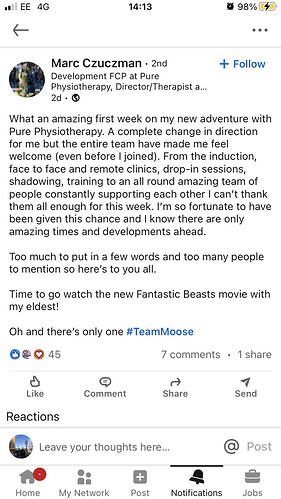