Any one going down to this?

Mansfield Town Line Up (and no, he’s not in it) 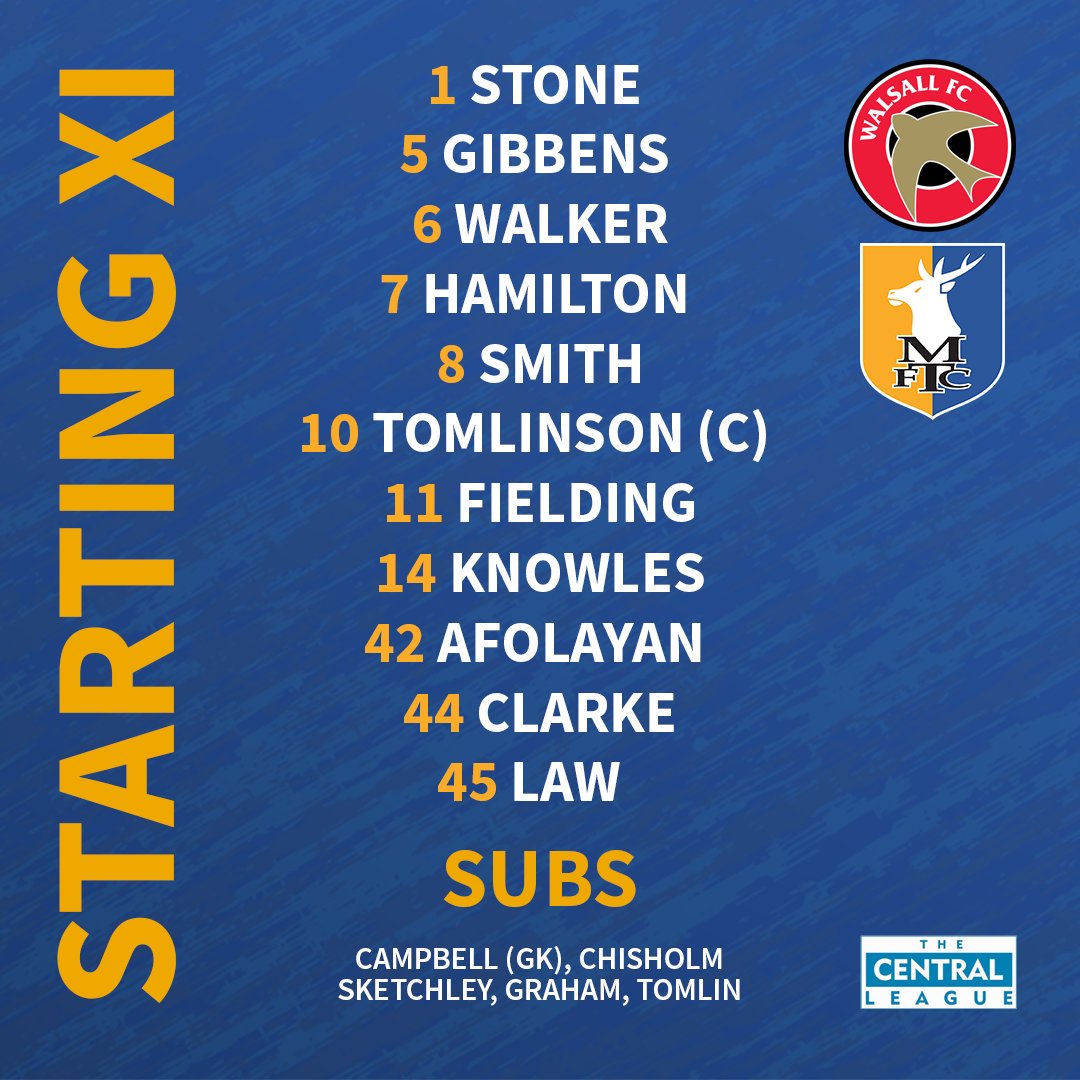 RESERVES: Here's how we line up for this afternoon's Central League fixture against @WFCOfficial 👇
WalsallOne 15 October 2019 14:58 #4

1-1 then. Hardy for us but they equalised in 87th minute.According to Mansfield’s twitter we made 5 changes in the 67th minute.!!!

Sounds like Hardy’s goal was a spectacular strike, and Kory got 90 minutes? I think Hardy has been mystifyingly under-used. He came on and won us a point against FGR and then Kiersey got the start at Crewe! Not been seen much of since either as a midfielder in one sadly lacking creativity, a 10 in or around a forward line that can’t score, or even as a sub.

Just to add, I was suprised that Hardy is 23, he’s not some young kid, although obviously not that experienced. His record at 5th tier is a goal just under 1 in 3, and we’ve scored 9 goals all season!! While we wait for Lavery to get fit, and the opening of the transfer window, I would like to see what he can do rather than yet more of those who have had plenty of opportunity with little end product.

In the games I’ve been to Hardy has been our most impressive creative player. We need to be using him more.

Shay Facey? It looks like more serious injury then, when he miss even reserves team games. Sad

Was this Pring’s first game back? Can’t remember seeing his name on the bench recently although I might be wrong.

Yes after a month out.

A word on pring… had a great game against Northampton with some skillful marauding runs. Could he play a more advanced role wide left midfield to give us a few more options.

Scroll down for match highlights.

WHAT? Am I missing something,I can’t find any highlights

You’re missing that this was posted over a month ago so you will now have to do some SERIOUS scrolling to get back to the tweet that includes the match highlights mentioned.

Unless you are a member of the Twitterati and can do a search for the specific entry?

I scrolled down as far as a Christmas post,I gave up then…

Need to go back to October 15th.

I got as far back as the 26th but then hit all the tweets they were posting during their first team’s visit to the Banks’s - got depressed and gave up!