Rico Henry improving all the time

Having a great game today and gets a third for Brentford with a nice header . Can’t be too far off an England call up at this rate .

Anyone with any idea what the international call up clause is worth to us?

If the club won’t even tell us how many season tickets we’ve sold for next season, I think you’re clutching at straws if you think they’ll disclose this!

I was just wondering if anyone had ball park figures on how much it was.

I just remember when we sold him they said it was an initial 1.5m with it getting to 5m with add-ons. 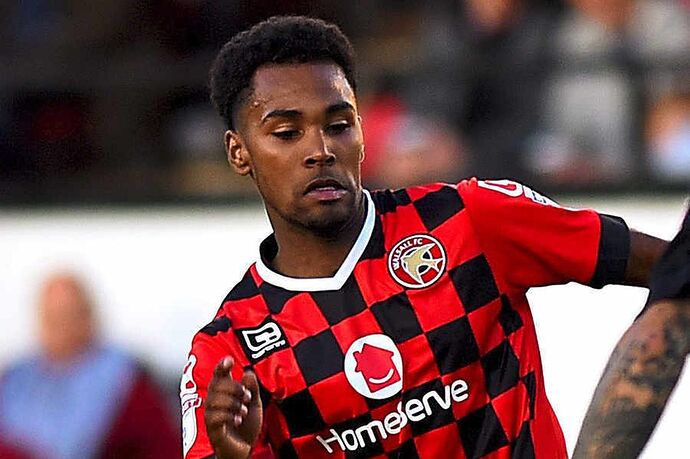 Walsall have confirmed the sale of Rico Henry to Brentford for a fee which could rise to more than £5million.

Can’t be too far off an England call up at this rate .

Half of that must be them getting up and staying up. Plus appearances etc.

He was fantastic today so think in next 12 months someone higher will come up. Can see Spurs being interested if Conte stays there as he’s an ideal fit for their formation.

Plus an England scarf!

I think the promotion to the PL would be the biggest chunk. That’s the one where the club we’ve sold to are guaranteed a big wedge themselves. We’d have had that last summer and I guess it bankrolled our bigger signings (Labadie, Wilkinson, Taylor and Monthe) as well as helping with the rent on the back of a year when we had little income.

Hoping Newcastle are watching him

Yeah agree with all the above, in terms of addons would think there’s only international appearence money to come. Say half a million on debut with a bit more after say 10 caps. Be lovely if he could somehow get himself into the world cup squad with Brentford so we get the maximum wedge off them before moving to Newcastle for £50million! It’s about time one of these add on deals worked out for us! I say that with the usual caveat that the money will dissapear down that giant suckhole in the boardroom.

Delighted for Rico though, looked quality from day 1 with us and always looked a top level prospect if he could stay injury free. In almost 30 years we’ve had 4 players that I thought had the potential to gain full England honours: Rico, Dann (must’ve got close but not quite) and Fryatt and Walker were outside shouts if it hadn’t been for injuries. Oh and Ishy for one glorious afternoon against Posh. Hopefully Rico is finally the one!

I’d hope there’s a sell on clause in there somewhere which could be huge.

A sour footnote to what was a great day for Rico.

'Henry, who scored the winner in a dramatic 3-2 Premier League victory on Sunday, wrote on social media: “I never usually speak out on things that don’t physically harm me or my family, but to see my mum upset after being racially abused by a few Everton fans brought fire to my stomach!

“I will do anything for them & whatever it takes to get the small minority punished!

“This is not acceptable & must be investigated immediately.”

From memory from a Pomcast, he implies that whilst that the promotion clause was good for the club, the sell on clause would be more significant. Will have to dig for the clip

Hoping Newcastle are watching him

Always like an ex Saddler up Barrack Road, got two at the minute with the keepers.

Appears that Rico’s family have been racially abused after the game yesterday.

What is wrong with people?

20% of 50 million would purchase the freehold.
There no chance he would be sold for that much.

You’re up late for a Texas resident!

In almost 30 years we’ve had 4 players that I thought had the potential to gain full England honours: Rico, Dann (must’ve got close but not quite) and Fryatt and Walker

Ricketts was the one I thought would do it, had a bit of stick for saying it when he was here, but he did it.
Dann I thought might, and perhaps he would have done but I think he had an injury at a bad time when at Blues. Plus, I think England was strong in that area when he was playing at his best.
Rico was another, and he might do it yet, he’s a class player and looked better than our level from the start.
Ishy probably had the talent but was a moron.

Before the Bescot years, Sinnott was one I thought could go all the way, but he never got anywhere near really. The other was Gary Shelton, but he took years to peak, and I remember in the mid 80s a few in the media talking about him as an outside chance of a cap, but it never happened.

I can’t remember thinking it about any others, and I never saw Parkes, Wallington or Clarke playing for us. Two of them got there, and one of them didn’t.