What would it take to fill the ground?

Problem we have is all of the surrounding teams are having good cup runs every season.

Didn’t we have a full house against Chelsea not that long ago? It can be done on one off fixtures.

We’d have to be Championship to do it consistently. And doing well in the Championship. So obviously not something to be worrying about at the minute.

There’s a balance between price & profile. Low profile, and you won’t fill a ground even with free tickets. High profile, you can charge what you like and still fill the ground. Our price is on the dear side, in my opinion, but is still broadly in line with the rest of rip-off league football.

Unfortunately our profile is poor even in Walsall. People are always quick to scoff when you say you’re a Saddler.

I don’t think we even had a full house last time we played Wolves.

They’re not a big draw …

Full house in the home end for the Preston JPT game aswell.

The support is there, 29k to Wembley (even if there were lots of daytrippers) shows at least a glimpse of the potential.

It’s our inability to provide a combination of decent football on the pitch, effective engagement with the community and an enjoyable matchday experience that has, and continues, to hold us back.

That’s my point,nothing is big enough to attract a full house at Walsall,not even Wolves,Villa or Albion.

Splitting hairs here. We got 11K for Chelsea. Near enough a full house and maybe if it was FA Cup on a Saturday, rather than League Cup on a Tuesday a sure fire sell out. And Tom has mentioned the Preston game too.

Might be wrong but I thought Barnsley was a sell out too.

Pulling a big team in the cup (as @el_nombre says, on a Saturday though) a proper local derby in a high stakes league game or a games with huge significance (semi final, play-offs etc).

I think you’re the one splitting hairs @el_nombre,once or twice (possible sell outs) in 30yrs,if you’re going to sell out,you do it against the local teams,but we don’t,we end up giving the well supported away team half the OAP’s stand and still don’t get a full house.

When was the last time we had a sell out in the league?
Was it the Rotherham game at the end of the season we were relegated from the Championship on goal difference?

Lincoln are the biggest team in Lincolnshire, not difficult with just Scunny and Grimsby being the other two. They have no large Premiership or Championship clubs within a 40-50+ mile radius, unlike us having Birmingham, Dingles, Vile and Baggies all within a 12 mile radius. They have also had a wealthy American take them over when they were in the conference who has backed them well financially.

We are flogging a losing battle there.

Swindon and Plymouth in our league are averaging around 7K and 9-10K, but neither side has a premiership or championship club within 60+ miles of them, in Plymouth’s case you have to travel over 230 miles to see premiership football and about 130 odd miles to see Brizzle City in the championship, likewise Northampton too are getting better home crowds, granted they are now playing well and moved into the top seven, but they have no big clubs anywhere near them

I remember that game well I was there, when Martin Butler missed a couple of sitters on purpose against us, with his mate Jimmy Walker in goal.

It was pretty much a full house, maybe a couple of hundred short of 11,000

Didn’t we go down by just one goal that season, with Gillingham staying up, mainly due to madman Merson going gung ho at Norwich which saw us lose 5-0 rather than parking the bus and losing 1-0

I remember that game well. Definitely was a sell out, as it’s one of the very few times I have sat in the family stand.

Is it for the club to be able to accommodate a full ground?
They can’t manage a crowd of 5,000 currently.

I don’t remember that being the case in any of the games I have given you examples of and I’m not sure why you are narrowing this down to just 4 teams to be honest. But fair enough. I’m splitting hairs.

Butler then signed for us the following season or maybe the season after that…one of the more obvious match fixing things I’ve ever seen and I’ll always love him for it. He was getting pelters from the crowd for his previous returns and that’s when the tide totally changed. I remember the one ,miss like it was yesterday, it was comical how blatant it was!

Imagine the bar queue if we had 10k!?

Dickie Dosh signed Butler when we went down to league two in 2006/2007, the last time we were down in this crap division, oh for this season to finish like that one did.

Butler scored the only goal on opening day of the season at Rochdale and went on to have a very good season with us.

Or issue these free with each early bird season ticket: 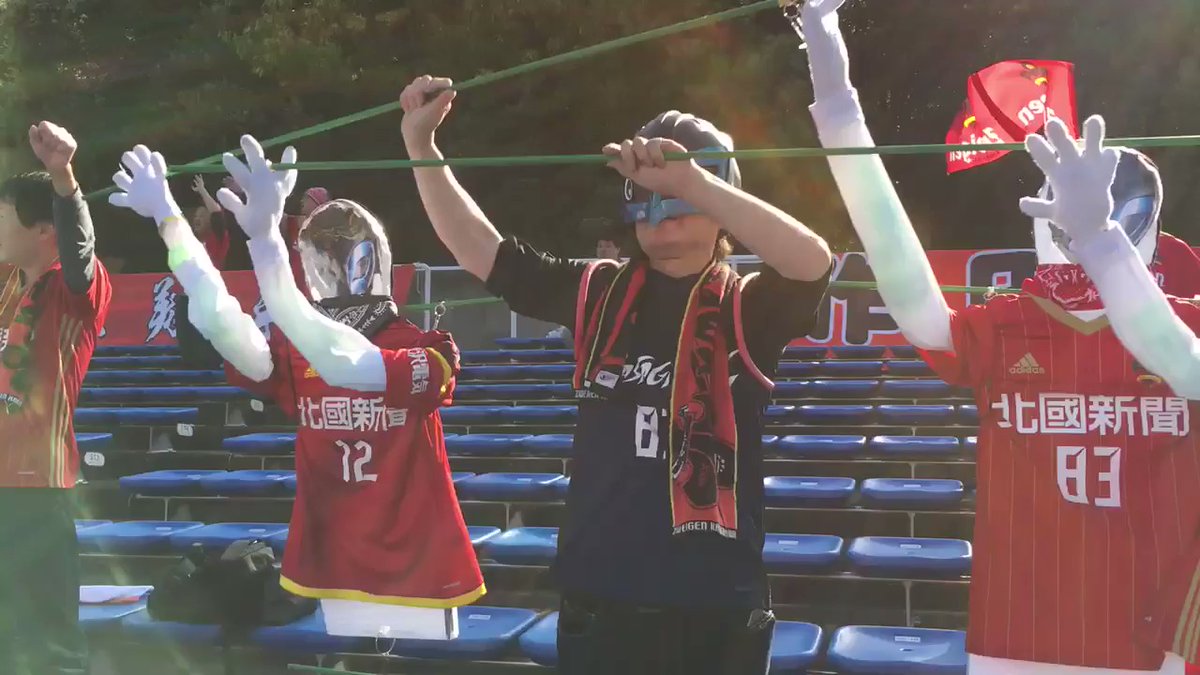 This Zweigen Kanazawa supporter with the smartest way you'll ever see of temporarily increasing your fanbase. Via @zuckrsalz https://t.co/8rnwaTMhws
← previous page next page →