I’ve heard that we’ve signed a lad from Walsall Wood, anyone know anything. 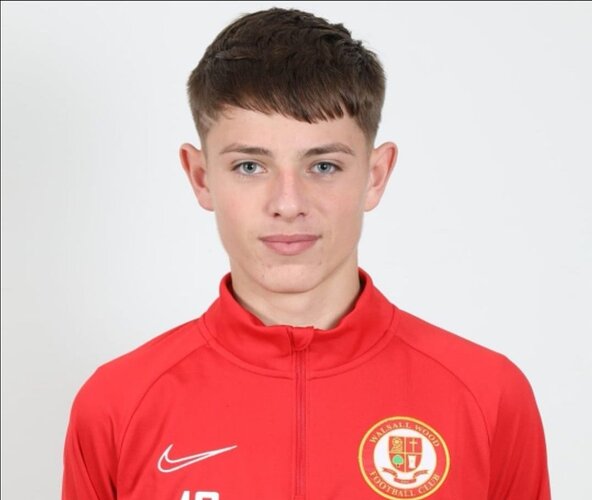 The local prospect has been invited to take part in a trial.

Anyone know if he is he related to Rachel Unitt?

Years ago when I was doing my teacher training I volunteered at a school in the Bentley area and there was a young boy of the same name, a very talented young footballer, whos Auntie was Rachel Unitt. Be interesting to see if its same Sam Unitt.

Got every chance as its not a common surname, but the Unitt family is quite large. Slightly off topic but Rachel’s sister (I believe) Shelley is now in a relationship with Jill Scott of Man City and England women.

Sam is indeed the nephew of a former pupil of mine, Rachel Unitt who, herself, made a little bit of local football history by becoming the first, and so far only, girl to play for Walsall Schoolboys District Representative Team. Rachel then went on to enjoy a very successful playing career with, among others, Fulham and Everton. She also won over 100 caps for the England Women’s team.

Sam was at the Dingles Academy for several years until he was released at the age of 16. He then joined the Rushall Olympic youth set-up, regained his self-confidence and blossomed once again. This season, he joined Walsall Wood where he has been able to be involved with the first team in senior (Step 5) football. I hope Walsall persevere with him and give him a fair chance

That was the feed back I had off Andy who knows him well.

That makes him a great example of why premier academies should not be allowed to chew up and spit out kids who do not make their grade. Way too much pressure and wastage. Hate that aspect of those clubs. Along with pretty much everything else they stand for.

When I used to watch Blakenall years back they had a Unitt, Mark I think. Possibly the same family.

Went to Richard C Thomas school Leamore in the 50s with a Billy Unitt, he couldn’t play football for toffee.

he couldn’t play football for toffee.

If its the same lad I think i saw him recently vs Stafford. Agile and has very good feet. ( if its him).

No relation. The Unitt family (including footballing brothers Mark and David) to whom you refer came from the Lower Farm Estate. Rachel lived in Wrexham Avenue, Bentley and Sam’s family lives in Cannock.

Sad to see it happen at any level

What does stick out though is these lads who’ve been at the top premier league academies who trickle down really do seem to be on another level. People said Perry came through at Villa