Next up a trip to The Trotters of Bolton Wanderers where based on recent experience, we tend to not do very well.

Ian Evatt is still the manager of Bolton and although he isn’t a fan of us much (who is these days, even our own fans don’t like us much!), he has seemingly turned Bolton around into a promotion contender, possibly even automatic if they carry on their recent form!

In the January transfer window, The Trotters somehow managed to acquire the services of Marcus Maddison on loan (where’s the money coming from?!) and they also have plenty of
experience in the form of Matt Gilks, Eoin Doyle and Nathan Delfouneso to name just a few. Expect this to be a very tough game.

As always, the former connections I’ll leave to you, although the one that is blindingly obvious to me is Michael Ricketts who has gone from one time England star to being my uncle’s next door neighbour. What a fall from grace.

Osadebe - scored his first goal on Tuesday, has he done enough to stay in the team?

Do you think we are better with James Clarke back in the side?

Walsall to win 4-0, before then losing to Grimsby and Southend. 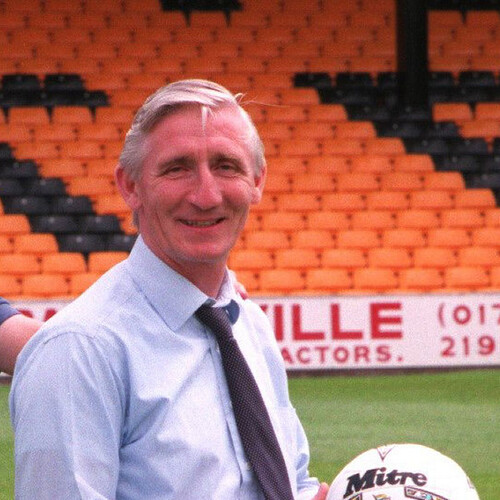 Alan Boswell played for Bowton, and we.

He played in one, or even two thinking about it, of Walsall’s most memorable matches,

Think you got the lot there pal.

An honourable mention for Bryan Small though. We signed him, he was in the squad a few times I think but I’m not sure if he ever actually got on the pitch. Definitely played for them though.

No he didn’t play as far as I know.

Small played at least once, I vividly recall, in an LDV Vans Trophy game against Wigan at home. A memorable game mainly for the goalscorers that night… the debuting Gary Birch opened the scoring, Wigan’s equaliser was scored by none other than Gino Padula (I believe his first in English football, which went down well on the night, as you can imagine). Our last minute winner came from a teenage defender named Ian Gaunt in (I believe) his one and only Saddlers appearance.

In those days, it was, believe it or not, very unusual to see a predominantly reserve/youth/trialist XI put out in that competition, rather than the full first team. That very much stuck with me.

Just looked it up and yes, Small played twice in the competition the stats describe as “other” which must the Football League Trophy in whatever guise it was in at the time. I remember that Wigan game too but can’t recall Small’s part in it.

Probably have to mark this game down as a definate loss unfortunately. That’s why the Barrow performance and result ****** us all off! 4-0 to the trotters.

2-0 to Bolton, the second within 10 minutes of the end. Better with Clarke and keep Roberts and Osadebe, unless Holden is fit.

Thanks for correcting me and I do remember Ian Gaunt scoring for us, but like PT I less remember Small in it.

I think I’ll wait and see what @Worsul4eva has to say about this one before committing to a firm prediction.

Well here I am, this HAS to be the ultimate thrashing, they are bang on form, with a forward line we could only dream of, and, as someone else above has mentioned “where has the money come from for the likes of Eoin Doyle, Nathan Delfouneso, Matt Gilkes & Marcus Maddison?” We get Yaw on loan…
A repeat of that famous 8-1 at the old ground? I think and hope not but 4/5/6-0 is not beyond belief or expectation. (I have placed a wad on all three scores).
Then on to Southend & Grimsby, my word it’s squeaky bum time Eh? Despite Dutton talking as if Saturday and the next week will be a standard walk in the park…how does he sleep at night being in charge of miserable relegation favourites?

We will lose this one I reckon we will try and be clever and turn up with Brian telling the lads to defend well and we will get a set piece in the last minute of the game to win it not realising we don’t have players talented enough to do such a thing,then they will score after 5 minutes and the players will panic and get torn to shreds because that plan was never going to work and in the end we’ll get battered 4-0.What a time to be a saddler!!

I’ve twice seen us lose 4-3 at this ground, and we was bostin’ in both games. I’d settle for being awful and scraping a 0-0 on Saturday.
I hope Tony Caldwell* isn’t available, maybe he’ll fail a late fitness test.

*One for the teenagers amongst us.

Plus Big John Manning who died last month, we signed him from them I think.