Remember us in Cups full-crowned,
And let our City-health go round

A trip to the wilderness that is Yorkshire, as we face Stuart McCall’s Bantams who are currently in 13th place in the League 2 table, 2 points behind us but with a game in hand. McCall has a long association with Bradford City, having been a player (and captain for 4 years 1998-2002) and now in his 4th stint as Manager, appointed in February this year. A few familiar names crop up in the list of players who connect the clubs - City’s present captain is Richard O’Donnell, and Zeli Ismail is also on their books. Going back a few years we mustn’t forget Bernie (“The Bolt”) Wright. One of the “Legends of Bradford City” (a book written in 2003 to co-incide with the centenary of the club) is Lee Sinnott, and in the list of former Managers the name of Chris Hutchings also appears - another club who sacked him…

Despite our seeming propensity to draw rather than win (our recent 3 home games in a row produced DWD) we are still only 3 points behind the leaders Cambridge United, who have the highly respectable goal difference of +12 (15 for, 3 against), so a win at Valley Parade could well see us somewhere near the head of the pack. Unfortunately Darrell Clarke will have to do without “Flash” Gordon for this game and the forseeable future, and it will be interesting to see how highly he rates the two striker lads recently signed on loan. Assuming they are match-fit they could at least be bench fodder.

Prediction? Strangely enough Bradford City’s goal statistics are identical to ours … scored 7, conceded 5, so a high-scoring game should be out of the question. Additionally, we managed to keep a clean sheet against the higher-scoring Exeter City side. So although it’s tempting to go for another 0-0 result the spirit of optimism that pervades these previews points to a streaky 0-1 away win, with Elijah demonstrating the strength of his improvements yet again.

Can’t decide whether this is a difficult game or now and whether I’d be happy with a point or whether we should be looking to get all three.

Bradford have beaten sides I’d expect them to beat and haven’t beaten sides I expect to be up there so I’d hope we can just about edge it.

Never been sure on whether I enjoy Bradford away, great pub there called the City Vaults, one of my favourites, but it is a ballache on the train!

They had a really good win at Mansfield yesterday.

Don’t want to bring people into cold sweat but Clayton Donaldson scored yesterday and he always seemed to score in his Brentford days v Walsall.

Him and Lee Novak upfront is pretty good for this level. Just needs them to sign James Hanson on emergency loan Monday morning for me to check into priory!

I’d be fine with another point from this, has a 1-1 feel. Need to beat Barrow though who’d had a poor start to keep up the momentum.

Need to beat Barrow though who’d had a poor start to keep up the momentum.

Yep, I think it would be a good point providing we follow it up with three at Barrow.

Again it depends on what the line up is? put one out similar to yesterday and it’s a draw, put the team out that started against Colchester then it a win for us.

Saying that, I’ve had us to win 2-1 in the prediction league, but would take the draw

Never been in that one, but there are some horrible, grotty pubs near the ground.

Win would be nice, but I won’t be disappointed after draw. But why I’m complaining. Previous season after six games we had 5 points with minus 5 goal difference. Now 10 points and plus two gd. Better results will come, so nothing to worry about.

We all spent a minute or two wiping our feet after leaving the one.

I know what you mean about some of the others… Went into a couple after the City Vaults and they were vile, probably get nobody in other than the odd poor away fan who has the misfortune of stumbling upon it.

City Vaults is nice though, more modern. Just found their website and looks like they’ve cleaned it up a little more since I last went. https://thecityvaults.co.uk/gallery/

Definitely recommend it when we can finally go away!

Watching Bradford so far this season, they appear to have good individuals, but not so much a strong team. Most of their goals scored have come from crosses into the box, so we need to be strong in defense, which should play to the strengths of Scarr and Clarke. On the flip side, they themselves seem vulnerable to crosses into their box. See goals conceded v Lincoln. Good chance for Eli to nick a goal with his head.

Given the above, I’d like to see Walsall line up with a 5-4-1 formation.

As the wise @P.T mentioned in another thread, Bring in Jules to play as a sweeper to clean up after Novac. Then when we attack, let one of the full backs push up to get crosses in the box, with the other 4 defenders shuffling across to prevent us being vulnerable down either flank.

Drop Wes for this game, too much of a luxury. Sinclair, Kinsella and Guthrie in the middle behind Holden and Elijah. Eli needs to work hard this game holding up play and taking pressure of our defense.

I’d rate Bradford on par with Colchester and Exeter, and slightly worse than FGR. Since Bradford drew with both Colchester and FGR (same as us) and as we have identical goals for/against, this game screams a close 1-1 to me. Although, obviously a lucky deflection/poor referee decision/individual brilliance could turn the game either way. A point would be a great outcome in my view though.

A point would be a great outcome in my view though.

Me too, though it’s not been a happy hunting ground over the years, lets put paid to history and march towards the top!

Never been sure on whether I enjoy Bradford away

But it is very close to Leeds which is cracking in this day and age, and also Barnstoneworth United’s ground for anyone that wants to go and stand in the stand and shout EIGHT BLOODY ONE for the hell of it. 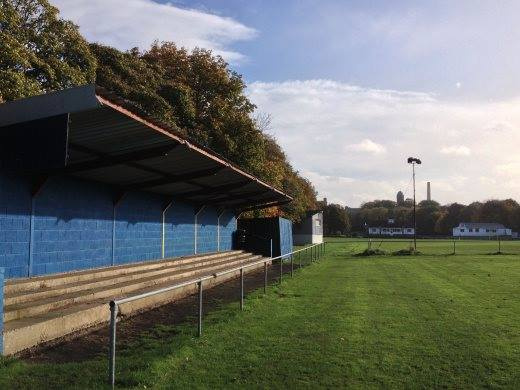 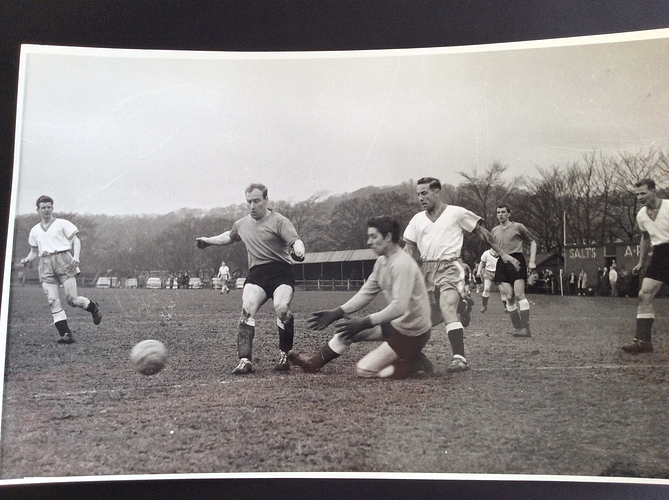 Sad though it seems, shouting “8 bloody one” At that ground is on my bucket list.
( I must raise my expectations in life)

Difficult game to call. Depends if D.C. fancies winning it or just goes for the point.