Clarke 9 points out of 9

Hate to say it but Clarke is showing what he can do with a proper budget and players capable of playing league 2 football.

Don’t expect to many plaudits

He didn’t need a budget - the players were already there. They had a promising start to the season then got worse. Can happen again.

Hold up. He had a top ten budget (confirmed) Had a pretty much blank sheet to start with at Walsall. Let’s not re-write history. He certainly has to take some of the blame for what is happening at Walsall right now. So he has won 3 in a row at Vale. He won 4 in a row at Walsall this season. Vale will get fed up of him next season I am sure of it. He hasn’t even had the opportunity to recruit players yet.

He signed all the players he wanted while he was here and they was all total tosh. I hope he’s allowed to sign his own players at vale

He’s working with proper league 2 players. The results are coming and good luck to him

He inherited the same Port Vale team that were arguably worse than us up until a week ago and they had won just 2 of their previous 20 games before these three wins.

Coincidence that they’ve won three games with all their ‘better’ players coming back from injury?

There’s only been 4 games this season where we’ve had a fully fit squad to choose from and and we won all 4, it’s like us getting Holden and Scarr back for next week and had on paper our ‘best’ xi to choose from for the first time in nearly five months.

had on paper our ‘best’ xi to choose from for the first time in nearly five months.

What if the best XI didn’t come out of the bingo machine?

He has got the same amount of points at vale as he would have got if he stayed here to be fair. 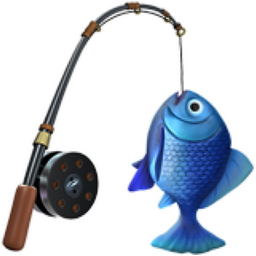 He’s got a mouth full of maggots. Irresistible.

Clarke didn’t win any of his first 7 games(I think it was that many) so Port Vale brought in an experienced coach to help and they have won 3 out of 3 since. Maybe it’s just coincidence, who knows.

Their results have improved since they brought in a new assistant to him. He was picking teams and formations like he did here with a blind man and a dartboard. Unfortunately he left them here for dutton to use

Clarke; Move on. Balls to em.

Just Jeffsmate123 with his little obsession. Talking about budgets even though Clarke has had no involvement in spending anything.

We also won four on the spin in December under him. 12 points out of 12. Did that suddenly show his true ability that lead to us romping up the league?..