A trip to the capital awaits The Saddlers this weekend as we head East to play a Leyton Orient team who find themselves sitting pretty in 6th place in League Two.

The O’s are managed by the experienced Kenny Jackett and are enjoying a decent start to the season, sitting nicely in the play-off positions as things stand.

Their last six fixtures have been:

The Saddlers head into the game on the back of a 3-game unbeaten run in all competitions with 2 draws and a last-minute victory over Salford City last week, which should hopefully give the team confidence heading into this tie.

Team news is hard to predict as not much has been mentioned in the media, but it’s pretty safe to say that both Rory Holden and Liam Kinsella will be missing through injury, whilst Conor Wilkinson will be pishing for a return to the starting XI following his winner against Salford last Saturday.

Carl Rushworth should also be back in contention following his call-up to England Under 21’s last week - should he be straight back in goal?

How many UTS’ers are going?

What do you expect the line up will be?

Can we finally put together a sustained run of positive results to challenge the top end of the league?

Has anyone ever tried jellied eels? If so, how were they?

Come on you Saddlers!

260 or something already booked up for this?

Quality support. Touched by it. Toxic ay we.

I was thinking this might be a welcome away win until I read the programme on Saturday and saw our record against Leyton Orient. The programme had details of our records since 1945/6 against every club we have played. Our record against Leyton Orient is one of the worst …just 9 wins in 44 games. Funnily enough when they changed their name to Orient for a few years we managed to win about half the games!!! Too late now for another name change so I think a draw is the best we can hope for .1-1 is likely.

Anything more than a draw would be a big bonus but that’s what i expect at most.1-1

The Orkney branch of the Walsall FC Supporters Club (me and my lad) are heading down to Orient - our first live match since January 2020!

Given our awful record there I don’t hold out much hope - but just glad to be back at a match.

Stayed in John O’Groats for a week a few years back and came over to Orkney for the day. Great place and would love to go back!

A characteristic of recent seasons has been that any glimmers of hope have been really quickly extinguished by a virtual no show which has meant we kind of need to start again.

You worry that Orient away is a typical no show venue for us. I hope it isn’t and a win down there would mean we can maybe think about stringing a few results together to push us up the table.

Me and my youngest are going. I wasn’t too fussed not one of my favourite away days and I can’t ever remember seeing us win there. The lad wanted to go though, they are all new grounds for him. Unlikely I have any chance of tickets for Sutton so will go to this one.

Don’t fancy us much, hope for a battling 1-1 draw.

You’re right on our record, I would definitely consider Orient a bogey team, although we barely crossed paths for many years.

Enjoyed my last trip down despite being a shocker of a 2nd half performance, but looking forward to Saturday, amazing what one good win does for the optimism of a football fan

I wasn’t going to go to this match but after Saturday I felt inspired too. I’d take a draw now if you offered it.

Now up to 342, so with the pay-on-the-gaters we should crack at least 400 - although minus 1 as @chunkster would rather posh it up in the West End rather than the East End with the rest of us.

Hoping Wilkinson is fit enough to start and show the Os what they have lost by letting him come to us.

I am still kicking myself

To be honest if the tickets to OFAH weren’t so expensive, i would just not bother going and go to the match

What a class effort man.

Our support has been brilliant home and away this season.

I was thinking that, but who makes way though? Kiernan? I think he’s played in every game.

The obvious choice is Phillips - unless he moves to the left (then Kiernan) or as the no. 10 (Osadebe).

Be a bit harsh on any of them, but its a nice problem to have for a change. 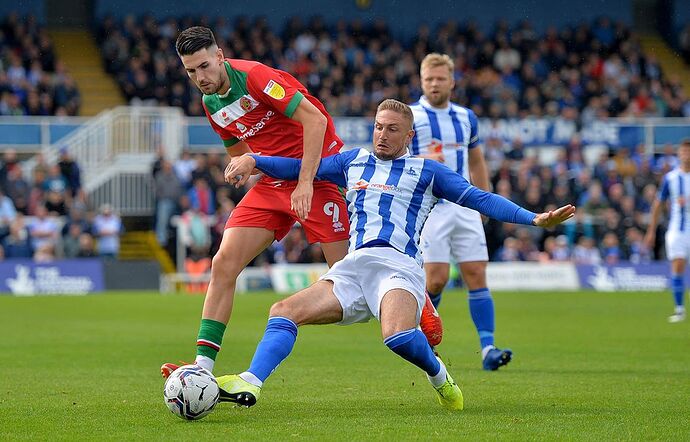 Walsall boss Matt Taylor insists they will have to manage Conor Wilkinson and his ‘undoubted quality’ carefully over the next few games.

By the sounds of this I wouldn’t expect Wilkinson to start, unless it is to not give anything away again, as was the case last Saturday.