The Saddlers head up to the North West of the country this weekend to Barrow, a place I’ve been reliably informed is like heading back into the 1970’s*, to take on Barrow A.F.C. at their home, Holker Street. 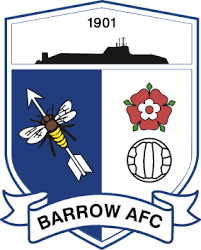 The hosts find themselves precariously close to the League Two relegation zone, currently sitting 22nd in the table, just 1 point over the recently improved Oldham Athletic, so it is very much squeaky-bum time in this area of the country. It is also one of the few times this season that we can say we are playing a team below us in the table! 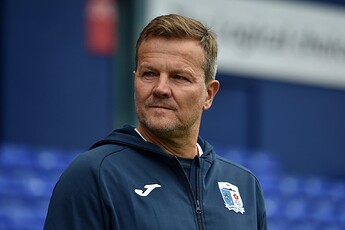 The Bluebirds are managed by Mark Cooper, a manager a few people on this board mooted for the hotseat here in recent times, who is actually going to be serving the 2nd of an EIGHT GAME BAN issued to him after being “deemed to have committed an aggravated breach of FA rules relating to abusive and insulting words referencing gender.” The incident occurred when Barrow faced Exeter City in August, with Cooper exclaiming “'you just need to realise that it’s a man’s game” in an exchange with assistant referee Helen Edwards. Cooper was dismissed and the comments were reported to the FA by match referee Andrew Kitchen.

), Leeds loanee Robbie Gotts, and ex-Saddler, Josh Gordon who has 5 goals in the league so far this season.

Heading into this tie, the form of our hosts isn’t great, with just one victory over their past six games, which have been:

Moving on to The Saddlers and we head into this game with 10 points taken from the last 15 available, with a very encouraging second half performance from Tuesday’s game vs. Northampton Town to build on.

Michael Flynn appears to have instilled some order into the squad and is getting more out of most of the players than we’ve seen all season, which is a positive in terms of getting a strong finish to this season and starting to focus on what we might be able to do next season. Players appear to be playing for him, they appear to have created a few set-piece routines, and we’ve even got players playing in unfamiliar positions and looking half-decent! 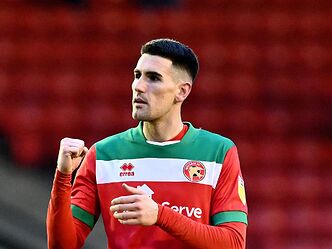 Team news heading into this game hasn’t really been discussed in the media at this point, but we know that again, Reece Devine, Zak Mills & Rory Holden all miss out through injury. Conor Wilkinson is in good form with two goals in his last two games, but he came off on Tuesday and went straight for an ice pack, so potentially could be a doubt to start the game. 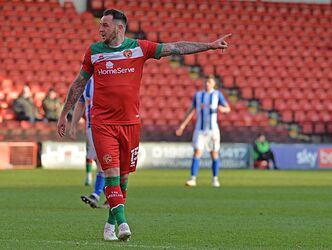 Devante Rodney and Lee Tomlin have both made impressive cameos in our past couple of fixtures, so could one or both of those be pushing for a first Saddlers start? I’d think Rodney will be the most likely if changes were to be made.

What team do you think will start? Should Flynn keep it the same as Tuesday night if those players are all available for selection?

Which of our UTS Saddlers are heading up? This is one I’ve been dying to do all season, but work calls for me so hopefully I get the chance next year (pending Barrow staying up!).

Get your predictions in, and for those of you going, enjoy the game!

Having checked earlier too, Walsall are 2/1 to win this game on SkyBet!

Unusually for me I expect us to win this. Confidence is returning and the Coach is clearly having a positive affect. 2-0. UTS

Seems like another draw most likely. Saddlers becoming a team with more belief under MF, but still eratic. So 1-1 or 0-0.

I can’t make this one unfortunately.

Well we are usually pretty good at giving struggling teams a leg up but I was so impressed with us in the second half on Tuesday, I think we will put these to bed by a couple of goals and kill off any lingering doubts about relegation.

Can’t make this game as the better half has got me grouting the bathroom so I’ll be listening in on the wireless, I will be partaking in the post match debrief with the rest of the lads who are going and will feedback their thoughts on here.

Fancy another win in our hugely impressive recent run.

You’re not wrong Rob… its a dump. But close enough to the Lakes and a few places on the coast worth going to if anyone is making a weekend of it.

Ulverston is good for day drinking with plenty of nice pubs if people don’t want to drink in Barrow, but is still 20 minutes drive out from the ground or a couple of stops on the train.

I reckon this is a good test for Flynn. We have not done well in recent times against the weaker teams. If we can play as we did in the second half on Tuesday, we will walk it but…

Another point about the Northampton game is that it is one of the few times in recent memory that we have come back strongly after going a goal down. That resilience is essential for success and I guess comes with confidence and belief. When Liverpool go a goal down, it makes them play harder. Until Tuesday, for us it meant collapsing in a heap.

Until Tuesday, for us it meant collapsing in a heap.

Not really very fair. The only time that’s really happened was against Swindon, by far our biggest collapse of the season. We also had come back results against Exeter Away and came back 3 times in the same game against Newport. I think we’ve always gone to the end in games even if it’s meant losing. 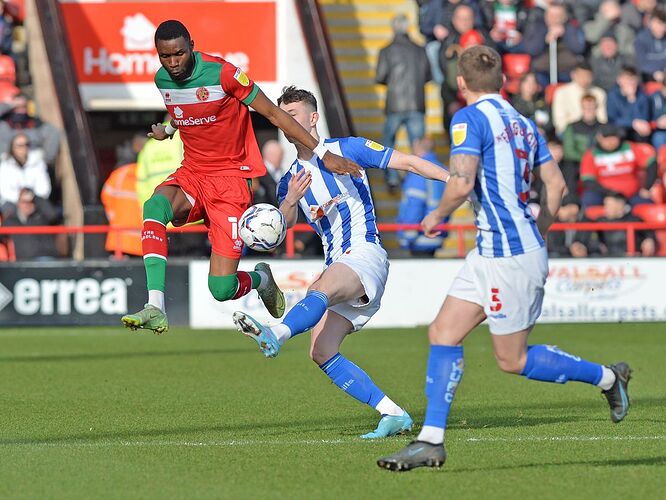 Emmanuel Osadebe says he is enjoying his new role as a wing-back for Walsall, insisting: "It adds more to my game."

I went in the late 60’s. I can’t remember much about the game, or the score, but 11 v 11 says we drew 1-1 a couple of seasons running.
I do remember that it was an awfully long way, and not far out of Ulverston the road and surroundings were blue! - the ‘dolly blue’ factory was a few miles out of the town and everywhere was coated in a blue powder. Oh and we (all from the supporters’ coach - Central, not Dawsons) went ten pin bowling near the ground. A ground which doesn’t seem to have changed much - apart from the fact that it was in Lancashire in those days, not Cumbria.

If we can recapture the form we showed during the 2nd half against Northampton, we will enjoy a comfortable victory.
But, as we all know, one can’t take anything for granted in this league. We’ve struggled when playing teams at the bottom, if we can prevent conceding an early goal and limit the mistakes we should be alright.
UTS.

Go up there with a good mind set and get pressing and play with some of Tuesdays press im sure we can come away with a win!

From some of the comments along the lines of “we should be beating the likes of Barrow” when we played them last season, I think some fans are unaware that for over 50 years they were pretty much contemporaries of ours. They joined Div 3 North the same year we managed to get re-elected back in 1921, and we last played them in the then Div 3 (now League 1) in 1970 before they disappeared back into non-league in 1972. Our record over that time was W 14 L10 D 8 (including a 5-5 in 1934), but since they came back up into the EFL it’s W 0 L 1 D 2 (so we owe them one).

In between they spent 50 seasons yoyoing between level 5 and 6 in the pyramid - which shows what could be in store for the other ex-league clubs that have fallen through the trap door in recent years (or us if we don’t remain careful). Their ground (and the town too) might still be stuck back in the 1970s but the club fortunes have obviously improved over that time and, even though they have struggled against relegation in both their 2 years back in the league, they are no pushovers.

Play as we now know they can, and the Saddlers should be good enough to get a result, but I think it will be tight as even though Barrow have only won 3 out of 17 at home they haven’t been getting thumped.

Add in a certain ex-player who is bound to score, and you potentially have all the ingredients for a defeat if we’re not on our game.

Last thing we need is Barrow to torpedo our improvement in form under Flynn.

I can’t remember but did Flash score in the home game? If not it’s nailed on for tomorrow isn’t it? No matter, still fancy us by the odd goal. 2-1 to the Saddlers if Josh still owes us one, 1-0 otherwise.