Tuesday evening sees the return of football, following the weekend-long annulment as a mark of respect for the death of HM Queen Elizabeth II, as Colchester United are the visitors to The Poundland Bescot Stadium for a clash under the floodlights.

The U’s are managed by ex-player Wayne Brown who has had a few separate stints as caretaker manager in the past, along with a spell as manager of Maldon & Tiptree before assuming this job officially in January 2022. Since being appointed he has managed 32 games in charge, winning 12 of those, drawing 8, and losing 12.

The visitors head into the clash sitting 20th In League Two with just 1 win from their 7 league games, and a total of 5 points. They are on a winless run in the league that currently extends to 3 games, and head into the game looking to drag themselves a bit further up the table with victory here. They may have a slight confidence that they can get a result given our own woes at the moment. 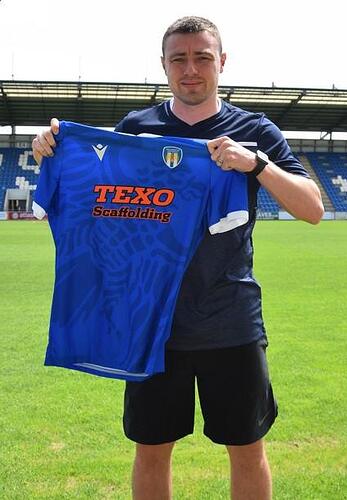 Looking through their squad, there aren’t many household names or players that stand out, but of those that do, they are both strikers. Freddie Sears is in his second spell at the club following a 6-year spell at Ipswich Town in between, and Kwesi Appiah has just signed for the club on a season-long loan from Crawley Town. Appiah was on some Saddlers’ wishlists this summer.

Now looking at The Saddlers and we head into this fixture in a poor run of form. No wins in the last 5 league games, and no wins in the last 7 games across all competitions. Our last win was in the Carabao Cup against Swindon Town. We need a positive result to kick this slump to the kerb.

Since our last fixture, the club have made two more signings from the free transfer market, 17-year old Jonas Mukuna , who surely will be for the youth / reserve team, and ex-Chelsea player Jacob Maddox who is looking to get his career kick-started before it’s too late. Reports suggest that if he can get performing he could be a stand out player in the league, but based on the last few years he has a lot to do to get up to that level. Fingers crossed it works out for him and for us too.

Team news ahead of this game is the same as it has been for most of the season. There are no new injuries to report on, but there has been some positive movement on Liam Gordon who is now back training on grass, potentially just a few weeks away from being considered for selection. 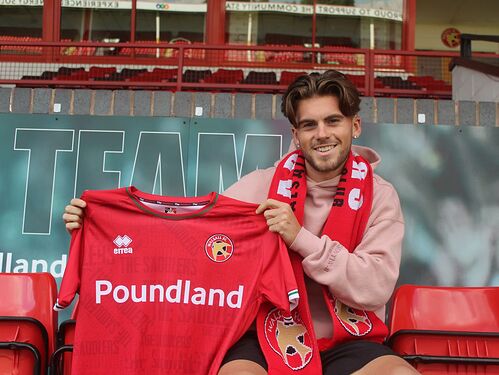 Michael Flynn has had an extra few days with the players following the postponement on Saturday, which has given us a bit more of a rest too. With that in mind, who would you start in this game? Thoughts, as always, are welcome.

No disrespect to our visitors, but this is a fixture we should, and must, be winning, especially if we harbour ambitions of a top-half / play-off spot finish this season. Anything less than 3 points here would be extremely disappointing for anyone of a Walsall persuasion.

How many of you are going? Assuming the crowd will be relatively poor in comparison to others this season with it being a Tuesday evening and Colchester United not usually bringing that many anyway.

Surely this has to be a perfect chance to get back to winning ways.Flynn’s had plenty of days to get into this lot now so I personally don’t want to see a lacklustre performance I want to see us dictate the game and create plenty of opportunities, but this time we finish off a few of them.This could well be the game where it all comes together a 3-0 win for me.

Agree we must be winning this. Unfortunately it always seems these Tuesday night games against awful sides ends in disaster.

.I just thought I’d try and be a bit more positive and with the way we played without reward last time out added with the fact the manager has had time to get stuck into them on the training ground we would win this one.There’s a strong possibility that you’ll be right though

Colchester at home always seems to be the sort of ideal opponent to end a poor run.

Was just looking back at 12/13 results under DS and he went 13 league games without a win (and also lost at home in FA cup to non league Lincoln). Finally ended that with 1-0 win at home to Colchester, Feb brandy winner.

Then last season Taylor had only won once in six but won 3-0 at home to Colchester although that was a false dawn and he was sacked two months later.

To even finish top half have to be beating these, 2-1 win.

Start as we finished at Bradford and these will have 5 up them.
So close 1-1 for me.

I have gone for a win but without a lot of confidence. We always seem to misfire in these games . I will forecast a 1-0 .

Expect Leyton Orient game to be postponed next weekend

Is there perhaps a chance it will bE switched to the Bescot?

Surely we just make the decision to flip the fixture and get on with it.

Yep play it at ours.

Why 2 days before funeral.

Because they’ll have to get all the plans together and rehearse etc, like they usually do for these things.

I don’t think the tie will be switched, just postponed to a later date. Haven’t looked at all fixtures but I’d imagine switching many fixtures to allow those anywhere near London to travel elsewhere is a ball ache. Also, I’d guess some would need to pass through London or the M25 - who knows what traffic will be like

I think they are taking police from all over, so levels everywhere will be affected.

I bet the scumbags are rubbing there hands

This is a game we should be winning, a win would put us back in the top 10 aswell

I’ll be a bit concerned if we play Comley and Kinsella in this one.

Time to have a go at these and be on the front foot.