Our weekend trip this time out is to the North Yorkshire home of the aforementioned tea, Harrogate Town, who we face at their actual home ground for the first time ever, having previously played them at Doncaster Rovers ground last time. 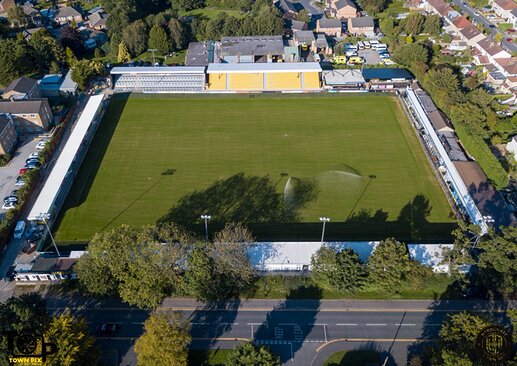 Harrogate Town are managed by the chairman’s son, Simon Weaver and currently find themselves BELOW The Saddlers (how odd it feels to type this…) in 16th in League Two, seemingly heading for mid-table obscurity in their second-ever Football League season which to be fair to them isn’t to be sniffed at considering where they were as little as 10 years ago.
Of minor interest regarding the chairman / manager connection is the fact that Simon Weaver was appointed manager in 2009, whilst his father Irving Weaver took chairmanship of the club in 2011. I wonder if he would ever sack his own son?

Looking at their player list, there aren’t (m)any players that are instantly recognisable, aside from perhaps Mark Beck (ex-Carlisle), Rory McArdle (ex-Rochdale and ex-Bradford) and Leon Legge (signed from our friendly Burslem neighbours, Port Vale).

The Suplhurites’ last six games have been:

The Saddlers head into this game as one of the form teams in League Two following the recent arrival of Michael Flynn, with another three points gained from our midweek duel with Oldham Athletic, courtesy of goals from Emmanuel Osadebe and Conor Wilkinson. The squad will be looking to continue their good form of late and will be hopeful of getting all three points with the aim of finally hitting the top half of the table. 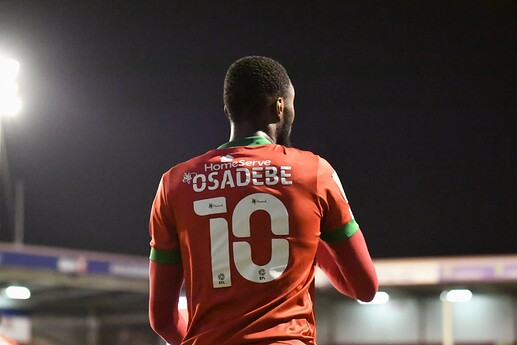 There doesn’t appear to be any new injury news, although Lee Tomlin may make a reappearance after a suspected bout of Coronavirus (or should that be flu now Covid doesn’t exist?) and Zak Mills and Reece Devine are close to a return to training, so the main questions will be around the starting XI. Michael Flynn has come out in the media saying we are suffering fitness wise as a number of players are now carrying knocks, so do we think that he will continue with the same XI that have started the last two matches, or will we see a bit of switching around now we have relative safety from the drop with no real hope of reaching the playoffs?

Personally, I’d start to explore a bit more with the team to see who I’d want in my squad next season and perhaps get a few minutes into some of the younger players that are in and around the first team squad.

The team will be backed by a sold out away end, another great effort by the supporters, so which of you off the board will be there?

Predictions for the game are welcomed, along with any advice for any of those travelling Saddlers to help make the day go smoothly. My prediction is that Conor Wilkinson will bag again! 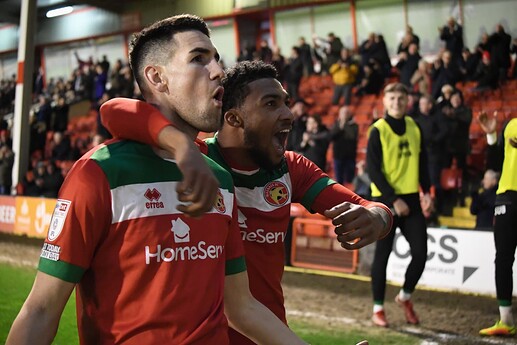 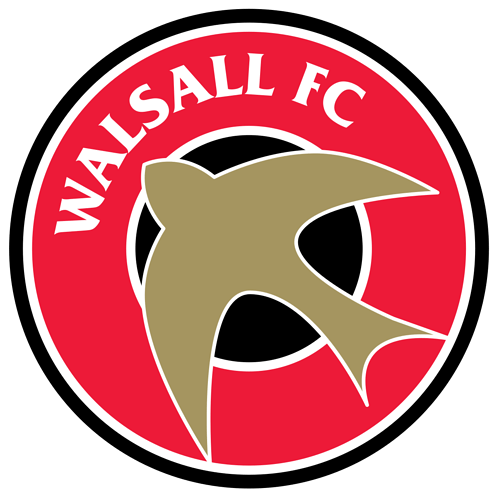 Playing well confidence sky high . I fully expect us to win this one against a team in poor form .

When was the last time we won 3 in a row? Continue playing like we have been lately going forward and stay tight at the back, and we could be in with a chance of doing it on Saturday. We’ll certainly have the support to gee the lads up if needed (possibly from all sides of the ground

Gone for a loss with us picking up another 3 injuries adding to the already busy treatment room, just got a feeling we will run out of steam. But will take it on the chin as the lads have gave everything to turn things around and move us well away from the relegation zone.

When was the last time we won 3 in a row?

December 2020 we won at Tranmere and Oldham, and beat Bolton and Vale at Bescot. Then we won just one of our next 20 games.

Anyone thinking that our season is over needs to give their head a mahooosive fat wobble.
Flynn will want to win every game for his own personal pride and in order to see what they are made of. He’s already playing for next season.

He might make a tweak or two, but make no mistake, this team will be at it until the last ball of the season is kicked. I loved it last night when, at the final whistle, players were fist pumping the air and a couple dropped to the floor, completely knackered. They had put in a great shift, and that is the minimum standard that Flynn demands.

I reckon that even a daft c**t like Everton Andy can see that.

Don’t normally predict results but I’m super confident in saying it will be a 0-0 draw cus looking at Rob’s pre match ground photo they aye got any goal posts.

Predict that Weatherspoons in Harrogate will be packed with Walsall by 12, beyond that is anyones guess.

The Wetherspoons in Harrogate is a thing of beauty (bettered only by the one in Edinburgh for aesthetics) but the service is woeful.

The tap at the station is a brilliant pub, and the Empress on the way to the ground from the town is a nice boozer although the beer’s not anything to shout about.

Apparently, we’re starting the day booked in at Cote for brunch👨🏻‍🍳. Do you know whether they serve scratchings to go with my brown and mild?

How very middle claarse. You can’t have Brown and Mild with Brunch.

I think Rodney has got to be given a decent run in the team before the end of the season, he always looks lively when he’s given a chance. Give Miller a rest and see if Rodney can form a relationship with Wilkinson.

I’ve been given a recommendation of Major Tom’s Social (which is right behind Wetherspoons - and just a spit away from Betty’s Tea Rooms) for the craft and real ale connoisseurs. It looks like a bit of a jaunt from the town centre down to the ground though, so you might not make kick off if you don’t leave the bar until gone 5 to 3 …

You can’t have Brown and Mild with Brunch.

He confused it with Moet & Chandon

Yep, it’s good in there. Good pizzas too!

Are you going Cumbria? If so might see you in the ground. I’m seated

I’ve got my match ticket. Had to promise the missus a weekend away with afternoon tea at Betties (at £22 each for a couple of sarnies and a pot of tea!) Going up on Friday and coming back on Monday. The things I do for Walsall!
Anyone know what else there is to do in Harrogate?

I am, yes. Got my ticket, think its standing though. Possibly see you there!

Plenty of good pubs in the town centre. Knaresborough is a nice village a few miles away. Other than that, quite a few nice places to go on a walk (Brimham Rocks, Fewston Reservoir, and the Yorkshire Dales are close enough if you’re driving).