Pizza Pot game, so no preview.

What’s your favourite pizza order from a takeaway? I don’t have a favourite but do like a stuffed crust and a BBQ base. 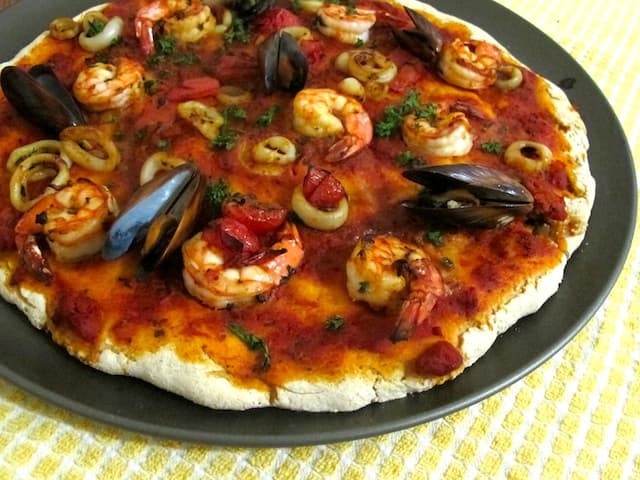 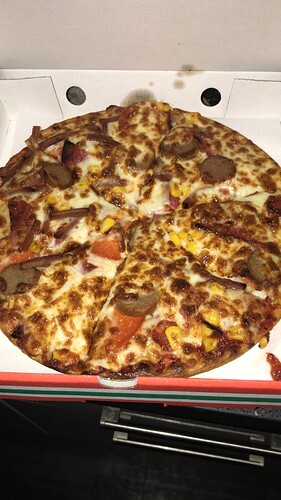 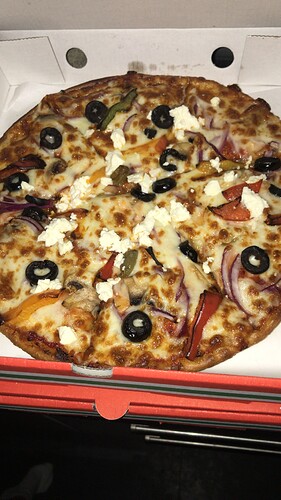 Bbq chicken or the Cyprus for me

Is that where you get paid over £400k a year and do nothing?

… and the pizza has an underground layer.

Team talk for the attackers hit the shots straight at the breadstick goalkeeper it’s your best chance of scoring even Sutton scored 2 past him today job done.

I am glad he beat me to it now

or the Cyprus for me

Is it cooked in a pizza oven or underneath a brazier?

The Hawaiian Pizza was invented in Chatham Ontario and named by a Greek Canadian after a brand of tinned Pineapple.

(Facts I learned from my old man)

and if i am honest a bit of a guilty pleasure

I’ve just ordered a Hawaiian with mushrooms. A pizza that is, not a person.

Love an Hawaiian Pizza warm pineapple is one of my favourite things.

It was from Papa John’s btw.

Home made on a cauliflower base for me. Pancetta and bocconcini, or salmon and capers are favored toppings.

Haven’t been for a very long time (not since my wife went gluten free), but my favourite pizza parlour used to be Al (Papa) Piccolino’s in Shrewsbury. It’s across the road from the railway station and next door to a taxi office so it’s very popular with everyone from out of town heading back home after a night out - even got recognised in there one night by a fellow Saddler who was over to go clubbing with a few friends.

It was always a small ham, peas, garlic and parsley that we had, alongside 1 or 2 other small or medium ones and share. My choice would often be the Mediterranean seafood while my wife liked their hot Mexicana. As an uncouth teenager my son loved their baked beans and sausage pizza. Way back they also used to do one with artichoke hearts that I’ve never seen anywhere else since.

Thinking about it is making me nostalgic for the taste of one again - may have to make a visit over there for old times sake.

Another place I used to love but has sadly long since gone was Oliver’s just outside the Trident Centre in Dudley. I discovered it when I was temporarily seconded to one of our offices there in the late 80’s.

It was always Oliver himself who made the pizzas. He had assistants who chopped ingredients and humped stuff about but he reckoned that none of them had the love and passion he put into it which the customers would detect if it wasn’t there so wouldn’t bother coming back again. The place was always packed with satisfied returning customers!

The only slight problem was he always shut before 11pm as he didn’t want the aggro the other late night takeaways always got from the drunks coming out of the pubs at closing time. Meant that if you wanted one of his pizzas on a night out in Dudley you had to leave the pub well before last orders.

It wasn’t on the menu as such but he’d do it for regulars if they asked, my favourite was the special with everything on top (except for pineapple as I can"t stand it myself

). He’d put a bit extra of any topping if you asked nicely - except for cheese as he said it spoiled the balance and smoked up his oven so would taint all the other pizzas.

The last time I went he was trying to start up a mobile businesss but, as he’d have to trust an assistant to run that as he couldn’t be both on there and in the shop, he wasn’t very hopeful of success and it not destroying his good name for quality. That was what was so good about it (and same for Piccolino’s) the personal touch of an owner dedicated to being the best they would be, not content with just taking your money and sending you out the door with any old slop you can get from hundreds of other shops where they don’t care as much.

A final shout out for the quatro stagioni at No 1 Pizza in Bridge Street. I think it’s that addition of the pesto on top of the tomato sauce base that makes it stand out and has had me going back for yet another one for many years now.

Is it the same No1 pizza that own the one on brownhills high street and? I might give that bad boy a go next weekend if it is.