The next stop on the League Two Promotion Party Bus sees us back at The Banks’s Stadium to take on Barrow AFC. 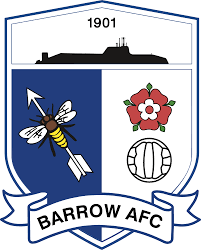 Barrow arrive in Walsall following a successful first season in League Two last season where they managed to stay up, and amongst other signings in the summer they also took on a familiar face in the shape of Josh Gordon, who was on course to be a Saddlers fan-favourite until injury, Darrell Clarke and Brian Dutton all came together and things didn’t quite work out in the end. They also appointed a new manager and are now led by the former Forest Green Rovers boss, Mark Cooper.

The Bluebirds find themselves in 11th place in the League with 17 points from their first 13 games and their last six fixtures have thrown up the following results:

Walsall head into this game on a 5-game unbeaten streak, culminating in a great 3-1 victory against Oldham Athletic on Tuesday evening.

Matt Taylor appears to now be working out his best XI and you can see signs that the squad are starting to gel with relationships appearing all over the pitch now.

For this tie, Liam Kinsella and Rory Holden are again sidelined by injury, whilst I would think the Gaffer is likely to start with the same XI as started on Tuesday, which means another start for the seemingly ever-improving Emmanuel Osadebe, who arguably had his best performance in a Saddlers shirt the other night and Jack Earring who looks to be our next potential golden-ticket if he keeps progressing. 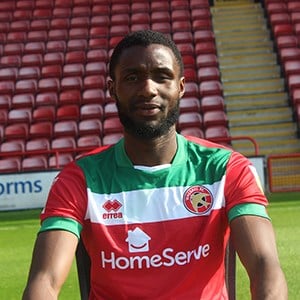 What do you think the starting XI will be?

This game is the start of a crucial period of 5 or 6 games now that could really propel our season and give us the chance of cup progression, so if you can get there to support the lads - DO IT!

COME ON YOU REDS

2-0 to the Larry Addlers.
Oss and Wilco.

It will be close but we will win…2-1 seems about right .

5-1 I hope to the ever improving Saddlers, to celebrate my Covid booster jab earlier in the day.

2 nil to the Saddlers and disappointed I can’t go as covid isolating.

Indeed, and I think this is one of the most winnable. At home, coming off the back of three good performances not just results, against a midtable side.

Only change for me would be Kiernan for Shade which is our best XI, injuries accepted.

4-2 THE Saddlers lump on

And rejected a contract offer.

That’s it then, give him hell

Norman and particularly Clarke showed how loyal ex players actually are with their baiting celebrations and tweets after the Newport game. Sod that.

Josh Gordon, who was on course to be a Saddlers fan-favourite until injury, Darrell Clarke and Brian Dutton all came together

Rob got it bang on with this.

I liked Flash and great hopes for him, but he had a bad injury and at the same time had to contend with Dutton and Tinkerman in a team whose underperformance was entirely down to those two - it’s a wonder Clarke didn’t play Gordon in goal, such was his chopping and changing.

Footballer’s fortunes and careers are defined by these halfwits.

We did, until the reasons @Fish pointed out surfaced

This has 4-2 written allover it, lump the fudge on

I’m not sure he was giving his all towards the end, he seemed completely bogged down by being at Walsall. I agree though, he was one of very few who came out with any credit in the relegation season when most the team downed tools.

He had some potential but he really lost his way somewhere along the way. The fact he couldn’t hit the target from six yards never helped him as a striker.