After a shitty end to 2021 where all of our Christmas games were postponed for Covid, we welcome in 2022 with a football match! We host Newport County at The Banks’s Stadium where we hope to seal our first back-to-back wins of the campaign.

The Exiles are now managed by James Rowberry, formerly a coach at Cardiff City, who stepped into the hot seat in October following the departure of former gaffer, Michael Flynn who had been there for around 4 years after originally keeping them in the Football League.

Newport County head into this game 8th in League Two with 34 points from their 22 games played, with the 6th best away record in the league having P12, W4, D4, L4 of those away games.

After having so many games called off as a result of them having players testing positive for Covid-19, I’ll give predicting their team a miss, but they do of course have former Saddlers James Clarke and Cameron Norman in their ranks, with the former scoring past us in the meeting at Rodney Parade earlier in the season.

Onto The Saddlers now and Matt Taylor’s side haven’t played a game since 11th December, where we beat Colchester United 3-0. It seems so long ago, so a lot has changed since then naturally, and with the lack of real communication from the club I wonder who, if any, of our players may have tested positive for Covid, or is perhaps going to be missing tomorrow as a result of that.

Going into the game we have the positive news that the club are looking to sign Otis Khan to a longer deal, whilst Rory Holden would appear to have another 3 weeks worth of training in his legs, so could we perhaps see him make a long-awaited appearance back in the squad, on the bench?

Again, it’s been a while so I’m not going to try predicting our team, but you would hope that providing everyone is fit and well it would be the same starting XI as the last time we made it on to the field. Hopefully this break has done us well in terms of preparation, and coupled with the fact that Covid may have affected Newport negatively I would hope that we can get the three points in this game.

Of course, Manny Monthe will be missing for the foreseeable. See the Manny Monthe thread for more information. On second thoughts, probably don’t.

COME ON ME BABBIES - UP THE SADDLERS!

Wonder who’s gonna be fit for this?
Will Rory be involved? Will wilko and labadie actually not have pulled hamstrings for the millionth time? Will khan play ?

Off with Covid is my prediction queue the pelters!! Aaaarrrgggggghhhh

If it’s off now it’s all your fault for jinxing it .

That was the option I was looking for.

I have gone for a draw. We played pretty well against Colchester so this break has not helped us at all. I think we might start slowly and therefore a hard fought 1-1 is likely. I hope MT keeps the same team which played last even if some players are approaching full fitness. We are going to have a hard few weeks shortly as we catch up with our fixtures so we need everyone firing. I also wonder if we will see a rare sighting of Rory Holden soon.?

No, because you beat me to it. The blame will be on you.

Key game this one. We were just beginning to click before the forced 3 game break. You’d think we should do well being refreshed, but football doesn’t always work like that.

I am fairly sure I have seen us beat Newport 4-2 at their old ground. 2-0 down as well I think. I was only young at the time, maybe 9 or 10. Mind you we had some good players then, I think Shakespeare scored the last goal. 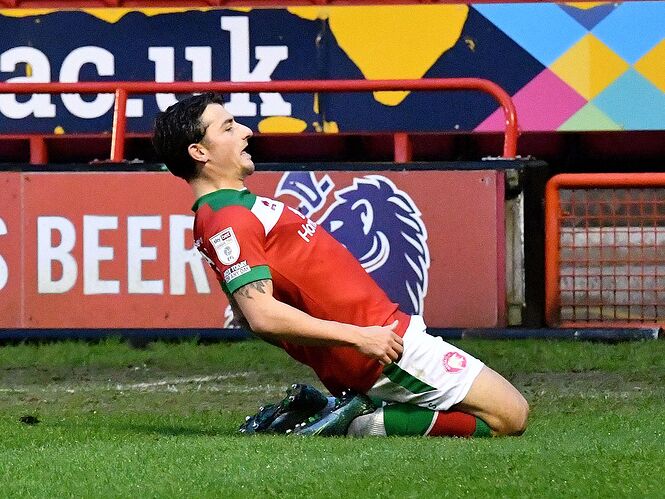 Walsall in talks with Otis Khan over new deal

Walsall expecting George Miller and Kieran Phillips to stay until the end of...

Walsall expect Barnsley's George Miller and Huddersfield Town's Kieran Phillips to stay until the end of the season.

Not bothered who scores but am confident that the beer will cause brain freeze and the pies will be gone before half time. 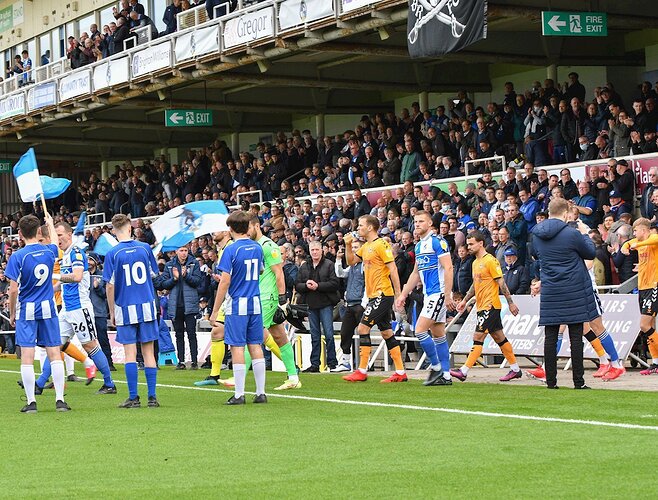 The club would like to offer a final update to supporters regarding our fixture with Walsall on New Years’ Day.

Game on if we are all ok to play.

Rushworth confident ahead of return to action

Walsall goalkeeper Carl Rushworth is looking forward to the prospect of a return to action with the squad in a confident mood.

I’ve noticed that Matt has thrust the loanees into things recently with Phillips and Miller doing that NHS jab media stuff and now Rushworth heading the official site with the game coming up tomorrow,it’s clever and it’s only going to help the young lads in their careers credit where it’s due.

Yeah I was at that one too. The 5-1 was a Friday night wasn’t it? If you had asked me I would have said the 4-2 one was before the 5-1 but I have no doubt you are correct.