A quick turnaround sees us back in action at St James’ Park (not that one, that’s a long way off), home of Exeter City

Following our 2-1 defeat to Bradford City on Saturday, we are now 17th in League Two with 37 points from 30 games, only scoring 36 league goals all season.

By comparison Exeter City are 8th with 46 points from 29 games, having scored 51 league goals so far. They have 2 games in hand on some teams above them, and if they win both they are right in the mix for automatic promotion yet again this season.

Exeter’s last six games have been:

So, as we can see they are no mugs and having played 5 away out of their last 6 they’ve still come away with 10 points out of a possible 15.

Every game is becoming more and more crucial for Brian Dutton and more importantly The Saddlers as a whole, the longer we continue to go without a win, the closer we get to falling out of the Football League altogether shudders

Personally, knowing that The Grecians like to play expansive football, it might suit us a bit better with our new style of play, however I don’t think we have it in us to win. I struggle to realistically see where we will win more than 1, potentially 2 more games all season.

Please give your opinions on squad selection and other than those already listed below, players that have played for both.

Try and keep the faith. UP THE SADDLERS

Birch, Cecere,Okeefe,Bullock,Summerfield,Mehew,McDonough and Musker have donned and graced the red shirt of both clubs.

Ya never know we might do a ‘FGR v Southend’.???
Meanwhile back in the land of the living…tomorrow and Saturday might make quite a dent in our already fragile goal difference figure.

Alex Nicholls has played for both clubs.

This is a chance for us to get a result and see if the new football works here.

These can be got at and their expansive football should give us a chance to do the same. For me, this is the most serious test of how we can play and if we can play nice or at least be clinical.

Would not surprise me if we got a result.

I think we will lose this one. 0-3 is my tip but then I am always wrong.

I really, really want us to win this one. My mate is a Grecian so I want some bragging rights.
I hope for the best but fear the worst

This should be a nailed on defeat, so we may get something out of it.

I’m always hopeful and we are due a 1-0 win aren’t we? Perhaps Clarke could make a return at centre half and free up Sadler to advise BD on the touchline 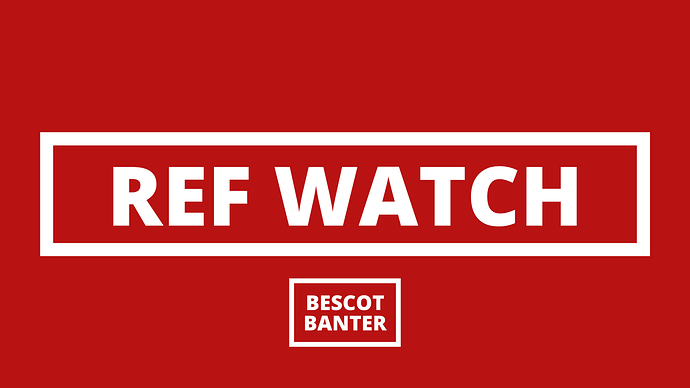 We now know who will take charge of Tuesday's League Two clash between Exeter City and Walsall.

They will have the advantage of a home following.
Loads of em hanging out of the windows of the houses down the one side

Reuben Reid, Matt Gill, Lee Holmes all on loan at Walsall but played for both.

Mark Jones, Lee Bradbury both on loan at Exeter but played for both.

Kane Wilson on loan at both and played for both. 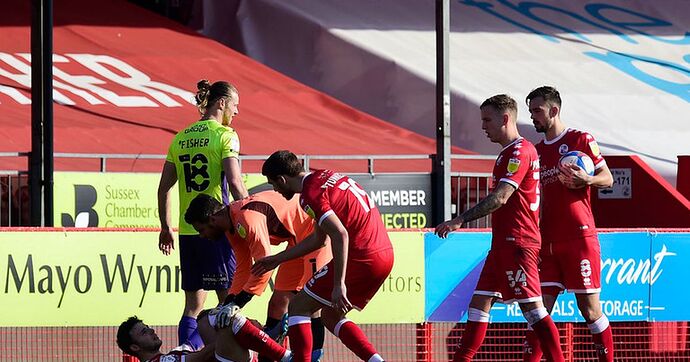 "I guarantee there will be some tired bodies going into Tuesday and Saturday."

Probably will randomly win this one, and lose the next 4.

Again, I will take a point.

We’d still struggle to create if they started with 8 men!

Just lulling us into a false sense of security

If someone offered us a point from this I’d rip their arm off.

If someone offered us a point from this I’d rip their arm off.

I was going to offer us a point, but if they vaccinate you in alternate arms I’m going to need both, so sorry, no offer.