With 10 games to play, Exeter arrive at Bescot very much in the race for automatic promotion and close to securing a play-off berth. Currently occupying 4th position, the Grecians sit 11 places and 21 points above the Saddlers, with a league record of P36 W11 D11 L7 F52 A40 Pt65.

Their form over the last ten league matches has been mixed, with four wins and three defeats, so the visitors will be under pressure to get back on track having taken just 2 points from their last three games and missing out on a trip to Wembley with an FLT semi-final defeat at Portsmouth.

Though their away record is the third best in the division, they have struggled on their travels of late, losing three of the last four away from St James Park.

Exeter last visited Bescot for an FA Cup 1st Round replay back in November 2011.

Richard Logan put the Grecians ahead just before half time before quick-fire goals from Jon Macken (64’) and Alex Nicholls (69’) put Walsall ahead. Elliot Frear (77’) equalised for Exeter to send the game to extra time, where the tie was finally settled by George Bowerman (98’).

Left winger Lee Holmes joined Exeter in 2015 and is the only present link between the sides. He enjoyed a successful spell at Walsall in the second half of the 2007-08 season, scoring four goals in 19 games whilst on loan from Derby County.

Mike Cecere played more than 100 games for Walsall in the early nineties, scoring 32 goals before moving to Exeter. He spent two seasons at St James Park before ending his career at Rochdale.

Don Goodman, Alex Nicholls and Kane Wilson have played for both teams in recent times, whilst Walsall coach Marcus Stewart finished his playing career with the Grecians.

Exeter are a good team in need a good result, Walsall are an improving team with very little to play for - so the pressure really is on the visitors.

If we can maintain the promising attacking improvements achieved in recent home games and cut out the defensive mishaps, we’re more than capable of winning. That will likely require a real 90 minute performance though, something this team tends to lack.

It’s worth noting that Exeter have played twice since Walsall’s last game on 22nd February, which could have an influence on the game. An exciting 3-2 win for the Saddlers.

Yes after watching our last second half performance i have hope. and if we can replicate that then it should make for an exciting win 2-1 to the Saddlers.

Looking forward to this game we tend to raise our game against the better teams and I have been encouraged by our last few performances at home. Let’s hope we get a decent turnout and get behind the lads from the off . I can also see there being a few goals . 3-2 saddlers win in front of 4675 (600 Exeter)

Hopefully see us start on the front foot against a side who have wobbled of late. Let’s go out and play to our strengths instead of trying to stop their strengths and we might win this.
Walsall 2-0 Exeter.
Gordon with both in the 52nd minute and the 57th minute.

Got a good feeling about tomorrow and I’m not quite sure why.

1-0 backs against the wall victory for us.

Gordon with the goal.

I’d take a draw (as long as we are not 3-0 up before half time and chuck it away that is). These are a good side.

A win for us methinks probably by 2-1 as we continue our improved form.

Is it bowman? and Randell?

Good tidy outfit they are, Ill take a 1-0 win all day…

Wont be many make the trip up tho id imagine…

Time too show some consistency at home now

they are expecting to bring 6-700 according to there fans gate should still be half decent though as its the cheapy school tickets tommorow.

Must have been a lot of kids playing up this year.

Lol i go anyway most home games so took advantage of this only drawback is we are in block f prefer to be nearer our end in block b usually beggars cant be choosers though 4 tickets for a tenner is a bargain in fairness.

2-1 and I dunno why but got a feeling a penalty miss is on cards!

Lot of optimism around, but if we’ve been consistent at one thing this term, it’s being inconsistent.

On the back of our best home performance, I’m expecting us to disappoint tomorrow. That way, I’ll be doubly delighted if we have turned that elusive corner.

They’ll be at it.

If you offered me a point now I’d take it but like others above I have a bit more confidence after the last 2 home games so heart says 2-1 win head says 1-1 draw.

The pressure is all on Exeter tomorrow. We have nothing to lose really . We need to be mindful of the threat they pose but at the same time concentrate on our attacking play and how we can hurt them . I think we can win this but if we were to lose it I would rather it be a a 3-2 defeat and be entertaining than a 1-0 defensive bore.

Good, injury free game and at least one reason to smile after. Can be cracking game, cuz they need to win.

3-1 to the saddlers, adeboyo with a brace and super josh with the other. 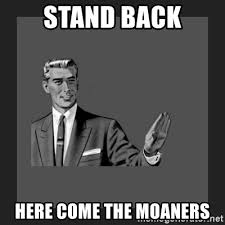