I agree mate… I just hope we do get better!

Good luck to the lad. Three year deal too. Donny must see some potential in him.

He certainly worked hard enough and scored enough for us to deserve 3 years of stability I certainly don’t begrudge him that.

I would of liked for us to have signed him. Good luck to the lad.

Good luck to Miller. I’ll never complain about a player who comes in and works as hard as he did.

With the right structure and creativity around him, he could easily get 15+ goals next season. 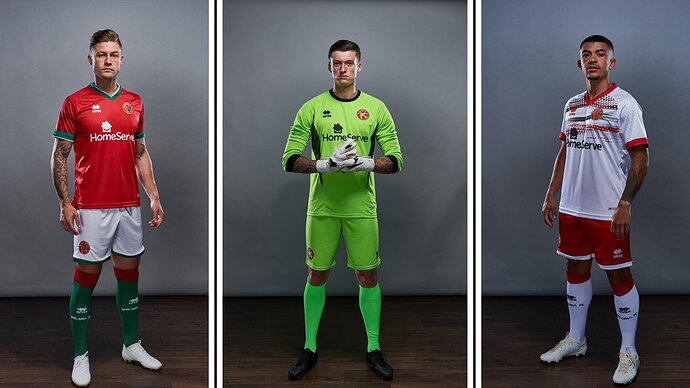 Former Walsall goalkeeper Liam Roberts is currently undergoing a medical ahead of a two year deal with Championship side Middlesbrough. Roberts who will be linking up with Chris Wilder once more made…

Just been chatting to Derek Statham in one of our locals.

Scotty Laird has just signed a new deal with them. 12 goals last season

Thats 12 quid off his nan then.

Unfortunately I think shes passed away

He’s still only 30. I’m not sure what happened for him to be playing at that level. Only two years ago he was a regular at league one.

He was never quite the same after that long absence with knee issues in the Wembley season. Similar trajectory to Cuvelier which was shame as they were a great pairing ahead of Chambers (Dean Smith sure could construct some fantastic midfields out of very little).

Was a top class box to box midfielder in years before but it felt underwhelming when he came back into the side to replace George Evans in Jan 2016. Still hit a few goals like Wigan at home but his general performances weren’t quite as good and got dropped in run in and play offs for likes of Kieron Morris and errr Reece Flanagan…

Then left and in long run Southend wasn’t that great a move.

I assume he’ll go into coaching or start up a business given he’s dropped right down non league so soon, thought he might’ve ended up at Solihull Moors.

Think it serves as a timely reminder to players who come here and put in piss poor performances that the trap door to non-league obscurity is a small step away. Don’t perform here and there aren’t going to be lots of clubs clambering for your services.