Sources in Halifax suggesting their star midfield player is destined for the Banks’ Stadium.
Keep tuned, could be today!

Yes i was earing that aswell

The likes of Swindon Town, Barrow, Cambridge United and Oldham Athletic are also interested but looks like we are leading the race to get his signature how times have changed of late.

Not too happy on Halifax forum about this rumour.

"JF’s last “■■■■ you” to Halifax Town will be to grab one of our best players for next to nowt.

I hope Earing goes on and has a great career and he would leave with my best wishes. But Walsall? Seriously? Weren’t they flirting with relegation to the Conference last season? He’s better than that" 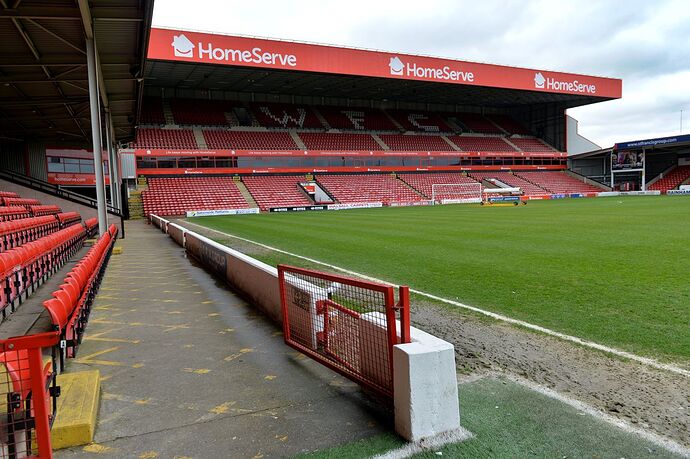 Walsall are in talks to sign Jack Earing on a free transfer, the Express...

Walsall are in talks to sign Jack Earing on a free transfer, the Express & Star understands.

Fullarton obviously knows and rates him. Not sure a young centre midfielder would be my priority given what we already have and other areas of the team still looking light, but hey what do I know. Happy with what the new management team are doing so far, so happy to go with them and trust their judgement UTS

The Express and Star never had a sniff about the three signings we’ve already made. There was no speculation whatsoever, their names weren’t mentioned until the contracts were actually signed and the club announced the news.
This is totally the opposite, with all these details published in advance, which doesn’t seem to be the way JF operates.
I hope we are signing Earing, and it might just be that Liam Keen is finally doing its job properly, but I’m waiting til I hear it from the Club before I get too excited.

Not sure a young centre midfielder would be my priority

Very true but this might be the Scotsman looking at the future of the football club regarding an investment,get him for free showcase what he knows he can do and sell him on in 2/3 years time for half a million quid being a Scotsman he’ll want a million for him.

Talks still ongoing, guess we are earing on the side of caution !!

Wonder if we will be earing anything today?

Been told a few clubs want him not just us.

Halifax fan mate Oldham are one.

As he is only 22 there would be a fee involved regardless of whether he is contracted or not (compensation). Maybe that’s the reason for no announcement, has it been agreed? Is it proving to be a sticking point or even a flat ‘no’ response??

I’ve heard he is a bit of stud.

It’s all in section 67 of the rules

Those are the EFL’s transfer rules for its member clubs. Do the same ones apply to National League clubs like Halifax?

I briefly glanced at the rules, I would rather take an advanced calculus test than to try to understand the EFL’s rules.
I guess they’ve never heard of the KISS method.

Note: In the event of the Player wishing to sign for a Club not in membership of The League or The Premier League, i.e. a non-League Club, The Football Association Rule C.1.14.5 applies in respect of the registration of Players by clubs in other leagues.