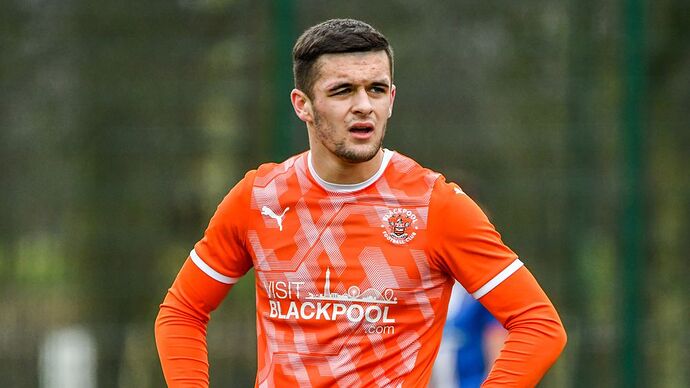 A Message From Jake Daniels

Credit to him for being himself, hopefully this means more people come out now too.

Fair play to him . It shouldn’t be such an issue in the times we live now but no doubt some morons will find there voice

I hope he has a good career, untainted by controversy or hatred and this decision to come out will just fade away and be forgotten. Good luck to him.

So much respect for him to do this. It is such a shame this is seen as a ‘big deal’ and that it has been over 30 years since Justin Fashanu came out.

As you say, hopefully many more will now feel more at ease to be themselves.

I sometimes imagine future conversations which could take place with my own son, which I think shows how far we’ve come.

“Dad, I support Wolves.”
“Oh dear God how shameful, what are the neighbours going to say?!”

Massive respect to this young man. It’s long overdue and for a 17 year old to make such a decision at the start of his professional career is quite something.

It shows how far attitudes have come and how young people in particular are at the forefront of changing attitudes, including footballers.

Incredible to be having such a conversation

I remember after Phillip Schofield came out, we played FGR away, player is bent over tying his laces, tw*ts in our end shouting “Schofield is gonna get you”

Long way to go, but respect to this young man.

I wish I lived in a world where this wasn’t such a big thing, but I hope Jake Daniels helps inspire more people to just be themselves. I’ve had family members struggle with similar things and them finally being able to be themselves has enriched their lives enormously.

Hes a brave kid. I respect that.

It really shouldn’t be a big thing.

If he was my son I’d be so proud right now
The youth leading the way for both new generation’s and those born before him
Incredibly brave well done mate!

That it is even a story speaks volumes of how far we have to go. But well done to him, it’s never easy to put your head above the parapet.

I find it shocking and saddening how some of the attitudes in society persist. At the nursery my daughter went to, the father of one young boy (3 years old boy perhaps?) kicked up a huge fuss and removed his child from the nursery because staff had let the kids dress up in various costumes etc which were available, and his son had put on a dress. Imagine that so offending you that you remove your son from a place where he feels safe and cared for. 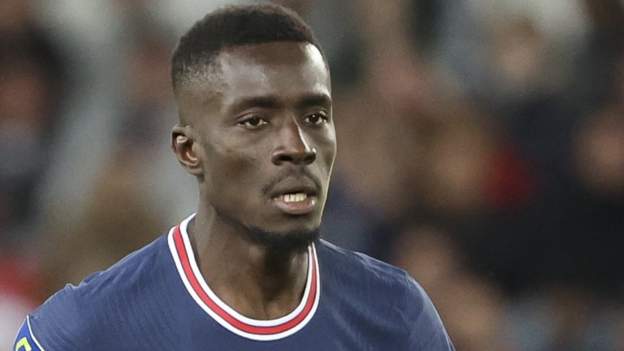 It’s a really difficult one, isn’t it? I absolutely agree with your sentiment that, from my perspective, it shows how far society still has to go to actually not be in the least bit interested in someone’s sexual orientation where it has no relevance.

However, I believe that Gueye and others who have shown their support for him have religious beliefs that state that homosexuality is a sin. Assuming that society has not banned such views (and it’s a slippy slope if we start censoring what people think and believe in), then could we really expect him to wear a special shirt supporting something he finds is against the will of the God he believes in?

I don’t know, I don’t have the answers. I think these are tricky questions and we need to address them carefully.

However, I believe that Gueye and others who have shown their support for him have religious beliefs that state that homosexuality is a sin. Assuming that society has not banned such views (and it’s a slippy slope if we start censoring what people think and believe in), then could we really expect him to wear a special shirt supporting something he finds is against the will of the God he believes in?

I agree with this. For those who are genuinely into their specific religion, how would you feel if asked to do or wear something promoting something that you were against? It’s a tough one, but surely if you start sanctioning players because of their religious beliefs (which they are entitled to as much as the next person) then where does it end?

What I would say is that he could have potentially just asked to wear a normal numbered shirt perhaps, similar to James McClean who refuses to wear a poppy on his shirt, but played in one that doesn’t have it on.

Fair play to Jake for this brave decision to come out.I find it extraordinary that in 2022 this is still a massive news event the sooner it’s common place and the sooner more players let the world know the better because I can’t begin to imagine what it’s like to have to hide what you want to be from the world.

Assuming that society has not banned such views (and it’s a slippy slope if we start censoring what people think and believe in), then could we really expect him to wear a special shirt supporting something he finds is against the will of the God he believes in?

This is a good point. It raises the difficult question of what happens when religious belief clashes with the law (although I agree entirely that the law is not about what people thinks). In many countries, homosexuality is illegal and woe betide anyone who claims the freedom to be gay, so there is a lack of symmetry. Religious beliefs might allow FGM, the stoning of rape victims , banning abortions and banning the teaching of evolution.

I do not have a solution but generally I believe that having a religious belief does not allow a person to breach laws.

Which, i guess, raises the question of whether condemning homosexuality in a country where it is lawful might be considered a “hate crime”?