At least Labadie appears to be leading the tables for something, but not quite what I would want from our captain!!! 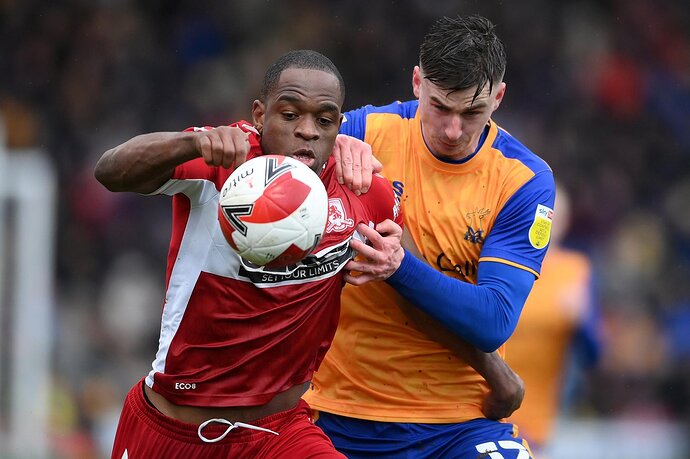 Mansfield Town have had their disciplinary issues this season.

To be honest i think he has been a big disappointment for us. Was expecting good things from him but on the whole he has not lived up to expectations. He is a walking yellow card. I would offload him at the end of the season

I agree. Who is the third Walsall player in the 20? I was expecting Hayden White to be there although several off his bookings have not been for bad fouls. One was for the entirely laudable act of upsetting Joey Barton and I think a couple were for time wasting.

How many of Liabiladies cards have been for dirty play, and how many for just being a knob end?
Makes a mockery of the Taylor guff about “playing the right way” which we were fed last summer.

There’s only 2. Labadie and Meyanese

Agreed. And in terms of ‘dirty play’, the exercise is a bit meaningless. There’s a couple further down the table with two straight reds to their name.

Labadie is close to the oss for our worst player imo ( mills don’t count as he never plays) and not far I front of white who is also terrible
Expect so much more from our big name singing ,
Labadie one of our worst signings ever when compared to hype and expectations ?

Labadie has been a big disappointment although he looks improved under Flynn. I expect to see Flynn get more of a tune out of him next season.

I agree. Josh is his own worst enemy, his constant nagging at refs with his out of control mouth, no wonder he’s number 1 on this list.
He was one of the Matt’s signings I was expecting the most from this season, but to use the word disappointing would be an understatement
Flynn knows what he can do as he’s managed him in the past, I hope he can turn him around so we can all enjoy the real Josh Labadie.

Dont let the door hit you on the way out Josh…

I agree. Josh is his own worst enemy, his constant nagging at refs with his out of control mouth, no wonder he’s number 1 on this list.

It would not be so bad if he used his strength and dominated players but most of the bookings are petty fouls and mouthing off.

There’s been an improvement with his discipline in recent weeks and I think his performances have improved as a result. Don’t get me wrong, they haven’t been anything to write home about and I think a big part of that is down to the form of Kinsella who has really outshone someone I’m convinced was signed to replace him in the starting eleven.

The form of Kinsella and the ability of Earing (who I don’t think they fully expected to play as much as he has) meant that Taylor tried to shoehorn him into a system to save face. It completely took away any attacking threat from midfield that we had (and that wasn’t much) and as a result left us completely one dimensional.

The three at the back, and more importantly the two up top, has given us a different dimension and less onus on the midfield to support going forward. It was even more noticeable when we reverted to a back four again at Salford. We now really need a true number 8 in the squad who is equally adept in either formation