PLEASE REMEMBER THIS IS A 7:00 PM KICK OFF

We have a second round Carabao Cup game, and this is not a drill. We really have progressed into the second round.

Charlton Athletic are our visitors to the Poundland Bescot Stadium with both teams hoping for a victory to gain progression into Round Three where the big boys come in.

The Addicks arrive in decent form and they are currently 6th in League One, with their manager being a certain Ben Garner who of course was the Swindon Town manager last season, when they taught us a few footballing lessons. It will be interesting to see how we fare against him this time.

The visitors have an ex-Saddler in their ranks in the shape of George Dobson, who many Walsall fans will remember for the goal he scored against Northampton Town that kept us in League One a few years back. If he does play then I’m sure he will get a warm reception from most of those in attendance. 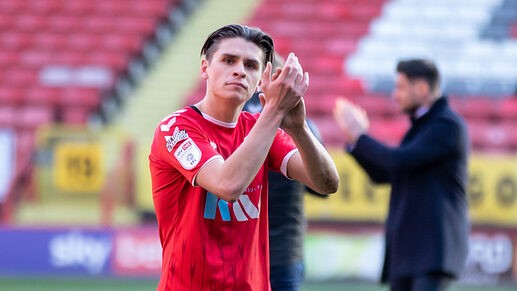 League form doesn’t particularly count for much when it comes to the early rounds of this competition, so if we take a look at Charlton’s previous game, they managed to overcome Championship opposition in the form of London neighbours Queens Park Rangers thanks to a 5-3 victory on penalties following a 1-1 draw in 90 minutes. This tie was played at The Valley.

Looking at The Saddlers and recent games have been a bit rough in comparison to the blistering start we made, with not many shots on target and just 2 points gained from the last 9 available, so hopefully the squad can relax a little and produce in this game, knowing that they could well land a plum tie in Round Three against one of the Premier League’s big hitters!

The starting XI could be anything, who knows what Michael Flynn is thinking ahead of the game, but if you were in charge what would you pick as your team to start the game? 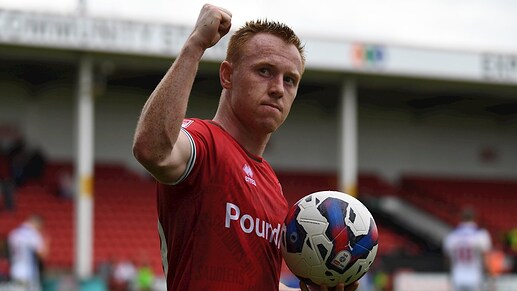 Unlike Round One, I would be starting Danny Johnson, and I would hope to see Liam Bennett starting again too.

At the time of writing there is no confirmed injury news, other than the long-term absentees we already know about.

Who is going to this game? How do you see it going?

Remember, if we are drawing at the end of 90 minutes, we face the lottery of a penalty shoot out.

Can’t see anything other than a Charlton win based on recent form and how we’ve played in recent matches. Happy to be proven wrong.

PLEASE REMEMBER THIS IS A 7:00 PM KICK OFF

Good job you said. Thanks.

Can’t see anything other than a Charlton win based on the fact that they are a pretty decent league one outfit and we are a league two work in progress.

Expect us to be stuffed so not going. Most likely we’ll win now then!

They will our play is, make us look a little silly. Hoof ball won’t work
2-0 charlton

Just looked online doesn’t look like we have sold many tickets for this game.

Expect us to be stuffed so not going

Expect us to be stuffed, still going.

Why is this a 7pm kick off ?
That will significantly reduce the attendance in my view

Hopefullly Charlton are prioritising the league over the cup and stick the reserves out, else it could be a painful night if they’re anything close to full strength. Irrespective of the above, I shall be there to suffer horribly/bask in the eternal glory.

Yes, indeed, they have some very useful players like Dobson, O’Connell and Blackett-Taylor!

It’s very possible that we may find it an easier game to play than recent league games.

Charlton won’t be coming solely to prevent us from playing, they’ll more than likely rest some key players and with no replay to worry about they will, I’m sure, just have a go at it. They may well dominate possession coming from a higher level but I actually think several of our players would be more suited to the league above and if it’s a football game we may see more of what we would like to see from our players.

Surely should be a decent turnout, always a good opportunity to see a potential upset against one of the big boys of a higher division and under the magic of the floodlights. Tickets very competitively priced to the club’s credit.

I think we should be playing a strong line up, possibly Doug Taylor alongside DJ to give Williams a rest and like to see Clarke given another opportunity as we strive for some more answers creatively.

Agreed their Midfield 3 of Dobson/Morgan/Fraser like to play it around and Play it to wingers. So I think our Full backs will be busy

I think we may see a change of formation to try and accommodate a few more attacking players.

I’d expect Comley and Kinsella to be rested as they were v Swindon.

Possibly Allen and Bennet at full back, two centre backs likely be Daniel’s and Monthe due to necessity and Whites lingering injury.

Midfield id expect to see the Earing / Hutchinson combo with Clarke in front.

A front three with Knowles and Timmy wide and DJT central.

I have forecast a win but not with any great confidence. However anything is possible and I expect Charlton to rest a few players. 2-1 will do. I will be there.

Anyone know which stands are closed for this game ?

And why 7pm kick offs ? Is there some specific reason why many clubs do this now ffs.