666 - The Number of the Devil - and the Devil is certainly in the detail here. 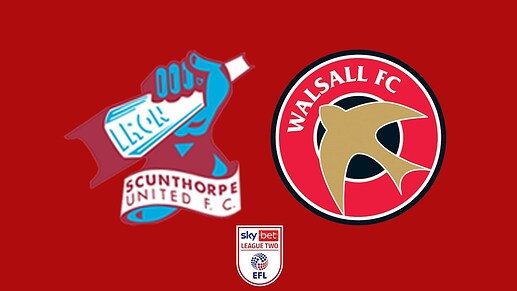 The Iron find themselves 24th in League Two after winning just 3 of their 29 league games this season. They have just 19 points, and they are 3 points away from Oldham Athletic in 23rd following a home loss to them on the weekend just gone. 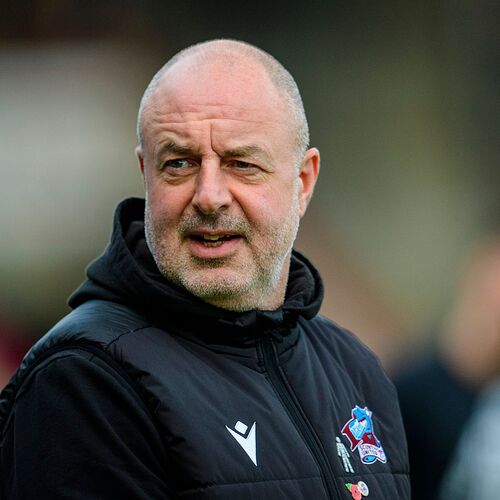 The hosts are now managed by Keith Hill who was appointed on November 5th 2021, but this doesn’t appear to have done a lot in the grand scheme of things, and it is looking bleak for them this season.

Looking through their squad list, there aren’t too many players that are easily recognisable, but two that stick out to me are Anthony Grant (ex-Shrewsbury, who belted the ball straight into Isiah Osbourne’s face from a drop ball), and Luke Matheson (the lad who made his debut as a 15 year old at Rochdale, and is now contracted at Wolves).

Onto The Saddlers and Matt Taylor and his team head into this game on the back of SIX consecutive losses, and with only THREE league wins since (and including) the 30th October 2021.

Not a lot to say on the playing side of things really. Threadbare squad, no confidence, no goals, no excitement. The list could, and does, go on.

After suffering what seemed to be a bit of a KO on Saturday, I doubt very much that Jack Earing will be in the squad, so it may see Joss Labadie restored into the starting XI, who along with Hayden White is one more yellow card away from a suspension. Such is the way our season is heading, you can bet on it that they both pick that booking up on Tuesday and are then both out of the same game.

New signing Devante Rodney - how injured is he? Might he make an appearance on Tuesday? Who knows. 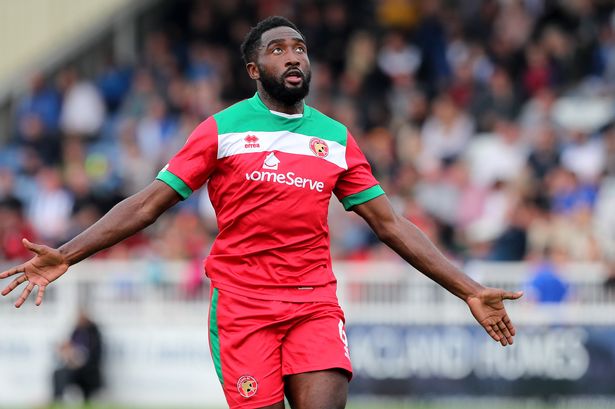 One positive is that Manny Monthe is back available for selection following completion of his seven-game ban, but given the lack of competitive football action, will he be put straight back in, or will he have to settle for a place on the bench?

Anyone going to this game? I definitely won’t be, I might order it on iFollow if it’s on, but will see how arsed I feel on the day.

Plenty of other stuff to say on the club, but that is better left for other threads to save this being hijacked.

If we can’t beat this lot, we may as well give up now. They’ve scored 21 and conceded 50 in 29 games. By far the worst record in the league.

Good luck to everyone who decides to brave going to watch it live.

Keith Hill has never been very complimentary about Walsall FC and their fans.

Am I right in thinking that he was Tranmere manager last season? He will know all about Monthe and is canny enough to press Labadie’s buttons too (I know he was at Newport but I imagine their paths might have crossed).

Really hope that Bates gets a run. The irony is that Taylor was a really talented diminutive midfielder, a bit like Keates and the great David Preece. Surely Bates can come in for Earing and do a job in a game requiring players with loads of energy.

I’ve always considered Scunny and Oldham league 1 mainstays so pretty sobering when you add the clueless Saddlers into the mix that two of these will be non league in a few months so following path of likes of Orient and Notts County.

Oldham just been ruined by clueless owner and is currently a slow death here towards non league. Not sure what’s happened to Scunthorpe?

I remember my one and only trip to Bescot…sorry Glanford Park was losing 1-0 and they had Ivan Toney playing upfront for them that day. They made league 1 play offs that season.

Perhaps Hull Saddler can give some more info unless it’s just the money has run out again as they always seem like one of these clubs that spends a shed load and then 12 months later dosen’t have a pot to pee in.

Have stockpiled the Valium and will be there Tuesday night, lord only knows why.

We just need to win, I don’t care how but 3 points is the only acceptable outcome - even a draw in my eyes isn’t acceptable against this lot.

I’d take a 0-1 with a Menayese clearance deflected off a recently enlarged SLO dossier into the net. Lord knows we can’t score any other way so that dossier may as well get some action.

Compare my feelings early August ahead of going to a match with what i’m feeling now - what the hell have be become?

I may be completely wrong but I’ve always thought Keith Hill has had a great record against us , can remember his Rochdale side turning us over a few times .
If ever our manager needed some help from the more experienced people around him this is it .

Perfect game to be a draw . We are totally destroyed as a club and so are them.
Neither set of players will want to play and show desire
Neither team can score and always concede a goal
Won’t be suprised if this game is the worst quality game you will ever see in league 2 all season
Hold on to your hats ladies and gentlemen it’s gonna get spicy

I think that there is a lot of fan dissatisfaction there. The ownership of the ground has been transferred to another company owned by the chairman! so for the first time in 100 years the club does not own the ground. He’s protecting the future of the club apparently. I don’t listen to Radio Humberside that much so I haven’t heard about the latest developments. I think a fair few fans are boycotting because of this and not just because the football is as dire as at the bescot, though they had 5k yesterday but the away end looked sold out. I reckon it will be close to 2k on Tuesday.
There is an article from December here 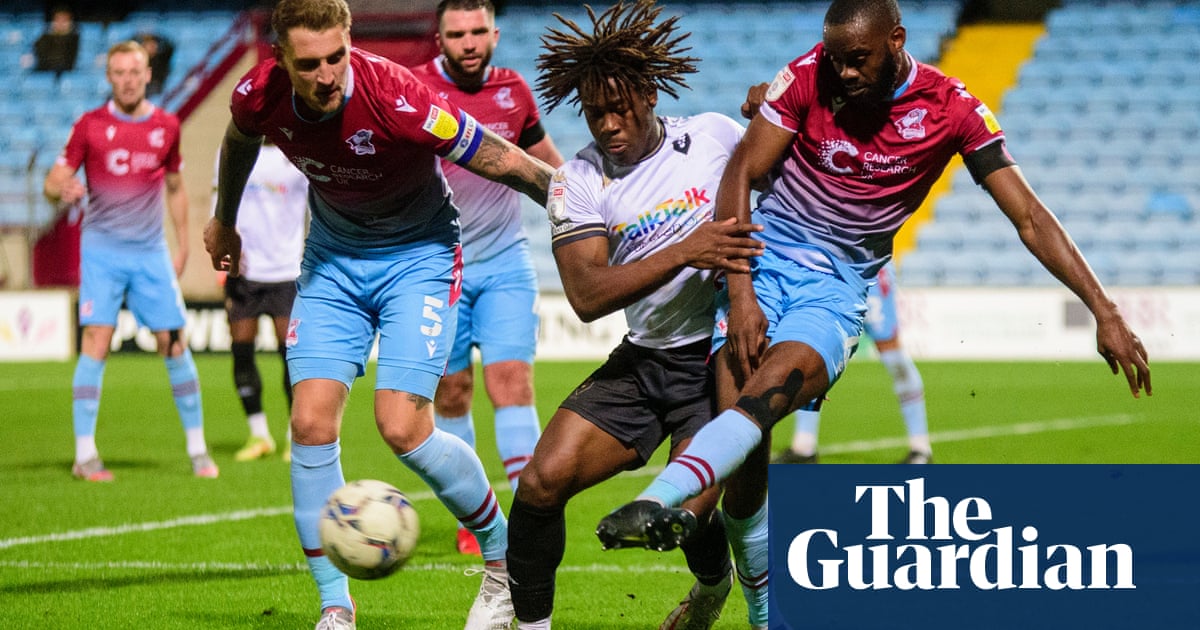 My first visit was to the Old Show Ground - a cracking 2-2 draw if I remember rightly. Tuesday night more of a borefest perhaps, damp squib than a cracker. I have gone for a win in my prediction. Devantne Rodney scores with one of his crutches

Ill be driving up after work, god knows why but its hope that keeps me going or i would of packed it in years ago

The irony is that Taylor was a really talented diminutive midfielder, a bit like Keates and the great David Preece

He’s 5 foot 10 inches if Wikipedia is to be believed.

But I agree about Bates, I’d like to see him given more chances. Fair enough if our youngsters can’t get in the team because we are so good, but when we are dog-pooh it’s saft. How do we expect to persuade good youngsters to sign for us if they don’t see a pathway to the first team?

Anyway, I would expect a very dull 0-0 draw, which wouldn’t be a bad result in the circs.

We’ll surely win this… not going though.

Agreed. None of Saturdays back 5 and neither of Kinsella or Labadie have scored. You need to get 10 goals a season from that 7. Miller and Wilkinson have both been missing chances and Osadebe, Kiernan and Earing have only chipped in with a few…

On Tuesday will be that we will not be able to have any sort of fluency or rhythm. Maybe a dogfight is our best way of winning. Frankly, I would take a point if offered now.

Given the run of games after this one I think 3 points is the only acceptable outcome.

We will be watching on ifollow but may need a couple of strong beers before kick off to get through it.

Fail to win and surely it must be curtains for MT.

Ifollow page on the o/s is saying video passes on sale @ £10.

666 - The Number of the Devil - and the Devil is certainly in the detail here.

As one of the seven demons of hell, I am quite close to his majesty, Lucifer, so have put in a good word for us.
We will be transformed by the dark forces of evil and will prevail by two goals to nil.

I actually think it’s an advantage to us by being the away side. If we can put a damper on them from early on it should get their fans on their backs (as ours would at the Banks’s), so if the few of us going get behind our lot that could give us an edge - just like at Oldham.

We just need to make sure we don’t start flat footed and give them any encouragement.

Although I’m happy MT finally tried a different formation for once, I’m not sure if 3-5-2 was much of an improvement in terms of creating chances. Maybe 4-3-3 with Kiernan and Wilkinson being a bit narrower to support Miller? I would say 4-4-2 but that would mean bringing Shade in somewhere - unless the lesser spotted Rodney has been on a trip to Lourdes since yesterday?

I’d like to see Bates get some games time too. I can’t see why we haven’t sold/loaned/released him in the window if he’s never going to get a game.

Work commitments mean I want be able to get there but sure there will be a healthy travelling audience. Those that do go, for those of us that can’t be there give the boys your full support, they need it more than ever now.

First game in a few months for me, which doesn’t bode well for us getting a win!

After the number of deals bonser did with the devil and then presumably reneged upon I’m surprised his majesty is still listening to Walsall FC related requests. Good for him.