The Matt Taylor Derby rolls into Walsall this weekend, after an outing in Exeter earlier in the season. 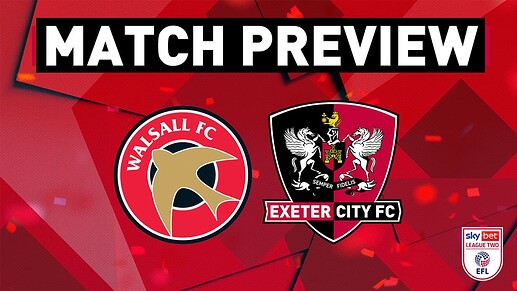 The Saddlers entertain The Grecians at The Banks’s Stadium this Saturday, with the visitors heading up to the Black Country 8th In League Two just one point outside the play-off places, with 37 points from their 24 games played.

It took me just a minute to find details of a transfer in to Exeter this January (technically a loan) which appears to be a bit of a foreign concept to our club as it stands, with Offrande Zanzala having joined them on loan from divisional rivals Barrow.

Heading into this games, Exeter’s recent form has been pretty hit and miss, with their last six games throwing up the following results:

Onto The Saddlers, and Matt Taylor’s men head into this game following another poor result at Mansfield last time out. Hopefully the staff have done their homework on our opponents and have a dossier as big as Graham Whittaker’s to pass on to the squad, in the hope that we can get 3 points.

Just before that game, Ash Taylor left to join Kilmarnock following illness, funnily enough completing 90 minutes just 6 days after Covid, and since then, Otis Khan has also left and joined Leyton Orient on an 18-month contract, following illness. Some seriously low immune systems at Essington it seems. I wonder who will be next?!

On the incoming front, it’s ALL QUIET AT THE BANKS’S again! 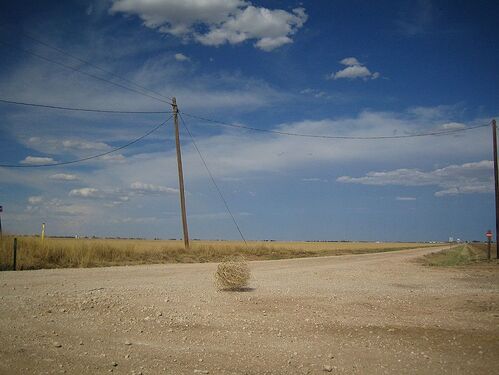 At the minute the squad picks itself as we are low on numbers, and the starting XI picks itself in the main, but who would you start for this game? Alfie Bates and Sam Perry have been low on league minutes this season, but could we see them make an appearance this time out?

I will probably not be attending, even though I have a ST, mostly because I cannot be arsed with the club in its current state any longer, and partially because my Mrs has a bad bout of Covid, but I’d be interested to know how many of you that would normally go to the game are choosing not to this time, and the reasons behind that…the floor is yours.

Anyway, I’ll still be hoping for three points for the lads, and hope the crowd get behind the playing staff.

PS. I would stake money that We Won’t Be Fooled Again is played.

PPS. There’s a few minutes in this post, at least you’ve read some…

With no incoming players we are short in a number of areas. 0-2 is the best I can manage.

I also have a ST Rob but am so unmotivated it is unreal.

I’ve floated the idea of a beer Saturday afternoon with my mate (a dingle too!) and that is far more appealing.

Just can’t be arsed. Why should we bother?

we are short in a number of areas.

The Bescot area being the main one.

Why should we bother?

Don’t, until you see some real intent from those in charge

0-0 loads of minutes played but no commentary or match report after the game it’s the Walsall way.

Great write up Rob. I always think it is a bit sad as your previews fade into the distance and come Saturday night are completely lost usually replaced with frustration and anger.

Me and the boy will be going. More than a bit disappointed but not surprised, that with two home games coming up we haven’t added to the squad. Can’t help but question if we were ever really serious about getting out of this division.

I’ll go 0-2 with more with more tails of missed chances and defensive mishaps.

Reckon we will win this. Typical Walsall if we do.

Problem is I might be suckered into having nothing better to go tomorrow, although I see the home areas being very empty.

I’m at work for this one and for once I haven’t asked to split my shift so I can attend .
I don’t wanna have to work 7-21 so I can have the chance to see us get smashed again
I have a season ticket

I have a season ticket and will go to the Fountain line every other Saturday home game and drink beer. Whether I go to the game will depend on my mood after, but I can’t see me being motivated to travel down a cold Tuesday night next week😢

Be aware that the club are encouraging our fans to join in this tribute of a minute’s applause for Exeter City fan Sam Richardson on 29 minutes.

I’m at work for this one and for once I haven’t asked to split my shift so I can attend .
I don’t wanna have to work 7-21 so I can have the chance to see us get smashed again
I have a season ticket

I have a season ticket and will go to the Fountain line every other Saturday home game and drink beer. Whether I go to the game will depend on my mood after, but I can’t see me being motivated to travel down a cold Tuesday night next week😢

If season ticket holders can’t get motivated to go that should be a very very worrying sign for the owner/board.

no commentary or match report

There will be a match report but large parts of it will be redacted.

Due to health issues, I won’t be there tomorrow or Tuesday and I am so glad. Sick and tired of it all.

And due to complete apathy neither will i

I wish I could but it is genuine. Sick of this issue too now, I feel like I am going in circles with it and getting nowhere.

I’ve decided against ‘dragging’ my kids down there. The place, in it’s current guise, does not even deserve consideration. If we managed to win tomorrow, we would undoubtedly follow it up with more reasons to be embarrassed. So forgive me for not parting with my hard-earned!