So here we have it, the final instalment of Walsall Football Club in 2022 as we play host to Stockport County in a game that kicks off at 7:45pm, for those who thought it might be a 3pm game.

Our visitors are managed by ex-Hartlepool United manager Dave Challinor, who is so far doing an OK job this season, however not quite as good as many of their fans were expecting, and indeed many other football fans were expecting given that many people had them down for sailing through the league. Yeah, that isn’t quite happening. 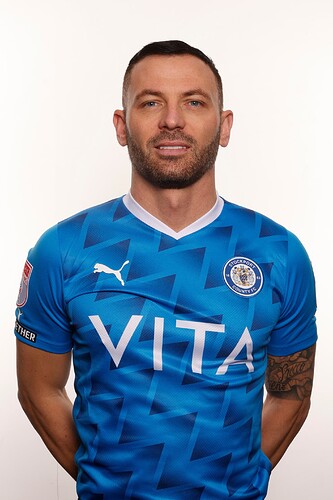 Squad wise, they have recently added ex-Premier League defender Phil Bardsley to their ranks. He has been injured during his time at the club so far, so I’m unsure if he will make his debut for them here, but he has undoubted experience that could prove fruitful for County when he is back. For the duration of his stay at Edgeley Park, Bardsley will be donating his salary to the club’s community trust, and although he has definitely made enough money through his career, this is still a great thing for him to do.

A couple of other players to look out for in the visitors squad are striker Paddy Madden who is a seasoned EFL player and this season has 8 goals in 17 league games, and Czech Under 21 goalkeeper Vítězslav Jaroš who is on loan from Liverpool and has made 11 appearances for them so far.

Onto The Saddlers now and we head into this game on the back of 7 wins from our last 8 games, and in a good run of form that is now seeing us threaten the play-off places. In fact, if we had played and beaten Crewe, we could be sitting 4th right now!

Having taken a look at the table, we actually have the joint-third best defensive record in the whole division, and we are getting stronger and stronger at the back so hopefully this stands us in good stead for the rest of the season. It was great to see the big man, Manny Monthe grab his first Saddlers goal last time out, it’s been a long time coming and hopefully not so long until he scores his next one. He is growing into a great defender this season, and although he has a rick in him like the rest of him, I always feel confident he can atone for any error he makes. 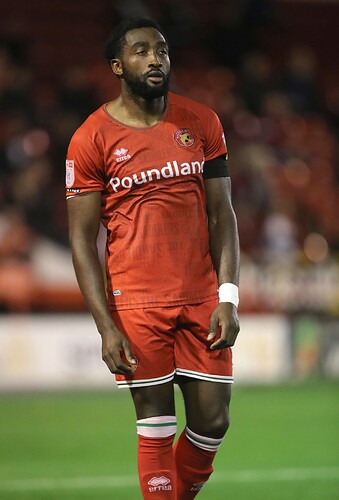 Heading into the game, we now know that Conor Wilkinson is back and fit-enough for cameos off the bench as he proved against Swindon Town on Boxing Day, nearly marking his comeback with a goal, but instead shooting narrowly wide. He is sure to be an important player for us going forward, regardless of if we keep Danny Johnson or not!

With this being our second game in four days, how should Michael Flynn set us up? Do we stick with the same starting XI, or would you make a few tweaks? For me personally, I would be starting with the same XI if there are no injury issues that have crept up, and then make full use of the five substitutions. How would you set up? 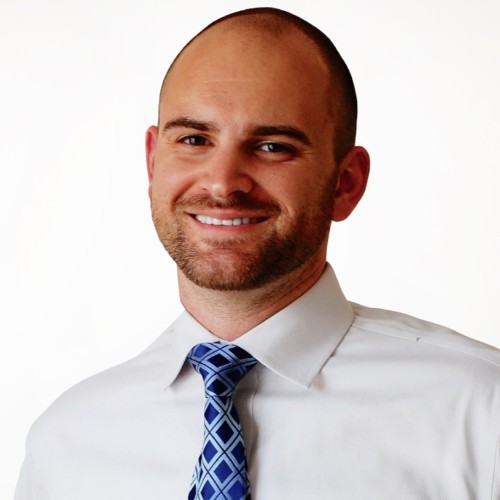 This is the first home game we have played since Trivela completed the transaction for us to own our own stadium, so let’s pack out OUR home, and fill OUR stadium with as many supporters we can. We finally have an ownership team we can be confident in, and we are starting to see a real team we can be proud of, forming on the pitch.

Be loud, be proud, and get behind the lads! COME ON YOU REDSSSSS!

Possibly Bennett’s last game for us so expect he will start. Not so sure about Gordon as he appeared to be the one most off the pace at Swindon. Hoping it’s just a bit of rustiness given he’s still playing catch-up after his injury, but MF might give Allen another go (although he didn’t replace Gordon when he was hooked on Monday, prefering to keep Knowles on the pitch as a wing back instead).

Lots of options in midfield. The starting trio at Swindon would be most people’s first choice anyway so stick rather than twist? If there is a change, Maddox in for one of the three rather than Comley?

That might be shaped by finding a role for Knowles if MF decides to start Wilko alongside DJ (who won’t be playing on Sunday, and again it might be his last appearance for us full stop, so expect him to start even though he wasn’t at his best on Boxing Day) - although guessing he’s still on a phased return schedule so will start on the bench.

Can’t see DJT or Williams in the starting XI but very good options to bring on if required later in the game.

If pushed, I’d plump for “don’t change a winning team”!

much better than the can’t be arsed attitude

Sure Stockport will bring a healthy gate with them, see their boxing day spectators were nearly in five figures.

We’ve come a long way since we played them at EP and that was probably the catalyst for our quite superb recent run of form. Bringing a few friends who are supporters of other clubs so hope we can put on a show at fortress Bescot to impress them too.

Stockport have sold out their initial allocation of 1000 and we have given them a further 580. Due to postal problems Stockport supporters will be able to purchase these on the night. Not sure if we will be allowing these to be bought on the gate or if they have to queue at the ticket office. If they have to queue with us it could cause long wait times. 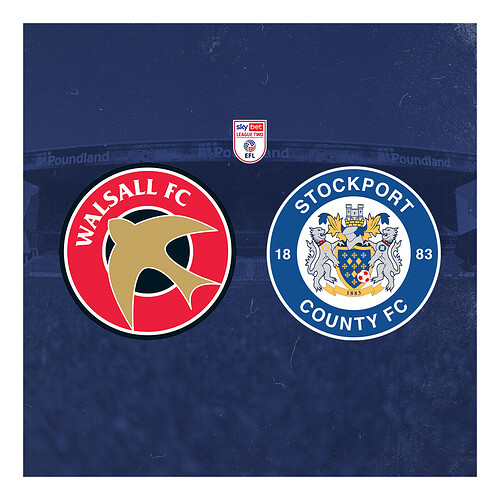 We have been allocated an additional 580 tickets for our game away at in-form Walsall on Thursday 29th December, all...

Probably won’t make it on Thursday but, best Wilkinsons penalty v Tranmere, worst effing scunthorpe. If we progress under the yanks and Flynn those were the moments sliding doors style

If pushed, I’d plump for “don’t change a winning team”!

I think the fact that we’ve had so much time off before the Swindon win makes that entirety possible.If anything he’ll want to keep the same team to get them back up to speed properly.

I posted about this on another thread.

Stockport fans aren’t sure the 580 extra tickets will satisfy demand either.

Hopefully we can make things move quicker than they normally do or organise a booth at their end but if I weren’t a season ticket holder I wouldn’t be turning up anytime after 7pm to get a ticket and hoping to see kick off. If you can get down the ticket office tomorrow I would or digital definitely best me thinks.

Be wonderful if everyone who allegedly wouldn’t come back until he’d “properly” gone would turn up and give us a 9,000 plus gate. It won’t happen but maybe we could push 7,500 (6,000 of us)which would be a really good crowd.

Important we don’t drop the ball off the pitch with extra fans in. There’s absolutely no excuse to run out of any food or drink. We play again three days later, there isn’t a lot that perishes in that time!

Best thing in ‘22 was the DJ opening day hat trick. Worst was defeat at Scunthorpe and end of Matty Taylor who seemed a really good human being, just a tad out of his depth in a job that came a bit quick for him.

Trouble is there will be a fair few who think they can roll up at 7:30 and think they’ll get in for the kick off

Shame there’s yet another rail strike on. Would imagine they’ll be a bigger crowd on Sunday as Mansfield will bring similar following.

Hopefully keep that feel good factor going but I’ll go same as the away game that arguably got the season up and running with the late goal.

Hopefully this will be a night to remember firstly stepping foot in the Fortress Bescot (our home) will feel special secondly win and i think we can be sure that this promotion charge is the real deal.

Stockport i think will be our toughest test since our amazing run began just hope we can hold our nerve. Heart says 2-1 win, Head says 2-2 draw.

Worst Moment of 2022 - Scunthorpe away a million miles from where we are now as a team.

I think a draw will be the result.1-1 is likely. Wilkinson won’t start but will on Sunday if fit. I think my best moment was the winner against Carlisle in the cup by DJT. There have been many bad moments.I think the game at Scunthorpe which I watched on ifollow was the worst of all.
I am actually looking forward to games now and not just the chat with friends old and new!!

Can’t argue with the above for worst and best of 2022, my coices as well.

Agree about Matty no bad feeling at all decent bloke and hope he gets another crack somewhere if thats what he wants this was the wrong job at the wrong time thank Fullarton for that that bloke was useless and a complete waste of a wage.

Im saying itll be 2-1, Johnson to score then Wilkinson to grab us the winner.
Best moment as a walsall fan would either have to be DJTs goal against carlisle or beating the Vale 2-0 at home

Worst would have to be scunthorpe away

Surely >7500 in the ground on Thursday

But let’s not forget his work wasn’t all in vain, or completely useless/dreadful, we have a certain M. Flynn as manager who he thankfully convinced to take on the job…for that alone we owe him a thank you.

Stockport at home over the Xmas period was one of my earliest memories and may have been my first ever match. I remember where I stood and watched. I’m not sure of the year (mid to late 60’s), We were expected to win as were on a good run and there was a bumper crowd……alas we lost 0-1. Can anyone pinpoint the year for me?

There was plenty of tickets available yesterday, not sure about a bumper crowd.

It will be a good crowd but I don’t think anybody need worry about availability unless there is a major run today.

I think we could have fIlled it had we linked tomorrow with Sunday’s game. Given expensive time of year and general cost of living crisis I suspect many will have chosen one or the other with Sunday being the logistically more attractive.