For The Saddlers, September starts with a trip to Valley Parade where we face Bradford City in the quest for 3 points, which is something that has avoided us for a few games.

Bradford City head into the game 10th in League Two, just below us on virtue of having a slightly poorer goal difference, having played 6 games and winning, drawing, and losing 2 of each.

The Bantams are managed by Mark Hughes who up until this appointment had exclusively managed either international teams, or Premier League teams. He hadn’t had a job in management for 4 years, but it’s still a hell of a drop down to this level for him considering the calibre of players he’s used to working with. It remains to be seen whether he is a success, after a fairly unspectacular start to the 22/23 season. 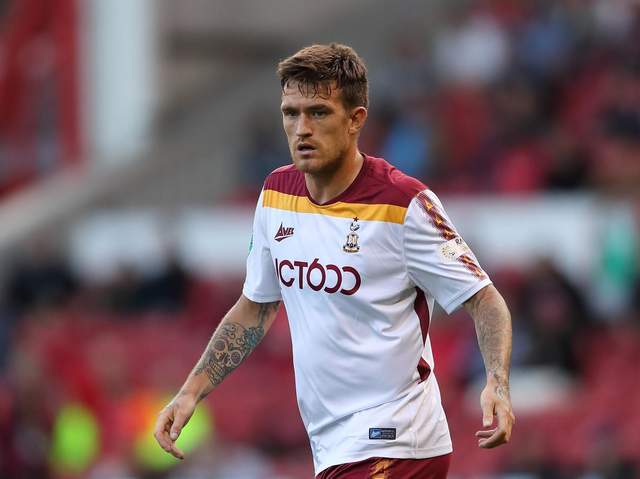 Included in the hosts’ squad are a couple of ex-Saddlers in the form of the much maligned Andy Cook and Emmanuel Osadebe. Cook has started the season well with 3 goals in 6 League Two games, and will be certain to want to put a couple in the back of our net after having a fractious relationship with the Saddlers faithful, whilst Osadebe will be watching from the sidelines for a good while after suffering a leg break just 18 minutes into his Bantams debut in the first league game of the season. 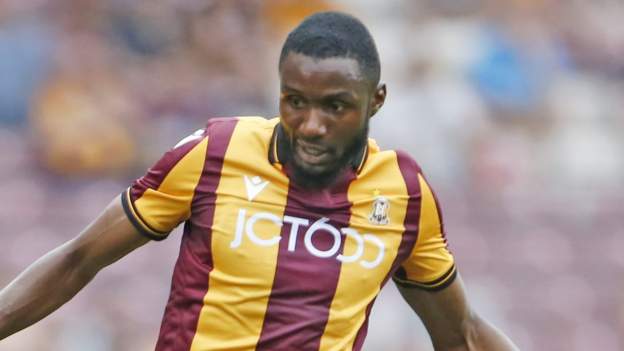 Another player that could cause issue for us is big target man, Vadaine Oliver, who signed on a free transfer following the expiration of his contract with Gillingham. A lot of Saddlers were interested in him during the summer.

Onto The Saddlers now, and we head into this game in a bit of a rut, with no win in the last 6 games across all competitions. This needs to be arrested as soon as to prevent confidence really taking a hit.

Heading into this game it would be fair to suggest that gaffer Michael Flynn doesn’t have too many decisions to make on his starting XI, as the fringe players that got a game in the Papa John’s Trophy on Tuesday didn’t do anything to impress at all. Captain Donervon Daniels was rested for that game as a precaution, with a view to him being available for this fixture, so fingers crossed he makes it. 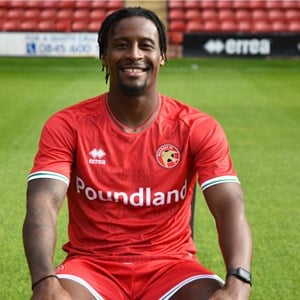 At the time of writing, there have been no further signings announced to the squad, but with it being the transfer deadline tomorrow I would hope that we have a couple of new faces in the squad to compete for starting berths.

Injury wise, as mentioned above, Donervon Daniels will possibly have a fitness test before the game, but the hopes are that he will be available to play. Other than that, there is nothing new to report at the time of writing.

Given our recent form, and the performance of some of those given a chance on Tuesday night, who would be in your starting XI? For me, Liam Kinsella, Andy Williams, Danny Johnson, Owen Evans & Liam Bennett should all be shoe-ins, but how do you see it? 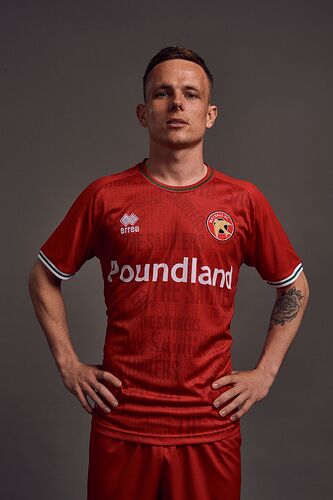 How many of you are heading up there? It’s not a place I want to go to again unless we are in the playoffs after it being about -8 degrees with the wind chill the last time I went!

How do you see this one panning out?

Safe travels to anyone heading up there and please bring back the 3 points!

0-2
DJ and Knowles
I might have a few bob on if the odds are decent.

Can’t see us ending our run against these . Won’t be a pretty game but they will play the nastier hoof ball style better than us
2-0 bradford

As long as Cook doesn’t score i’ll be happy as I can’t see us winning this.

Just hope we’ve learnt to defend corners, another slow start with set pieces like against Barrow and Andy Cook will be on double figures by half time.

Another crap away day out of the way early on.
Saying that, the City Vaults is one of my favourite pubs.

I can’t see us getting anything but hopefully they surprise me.

2 nil defeat is my prediction

Why would beating a team in the same league, on the same points be a shock?
And yowm one of the more positive folk on here

Given the general record up there a hard fought draw is always acceptable.

Will go for goals in this given Cook is regularly scoring, 2-2.

Leeds on the doorstep?

Unless we bring in some quality today, I think we might get smacked… 3-0

Me and my daughter are heading up and booked some cheap digs for the night. As mentioned above we have to be a lot better than at Barrow defending set pieces else Cook is a cert to be on the scoresheet.

Always enjoy a trip to the University of Bradford Stadium, one of the better supported clubs in the league and playing in a proper arena. Quite a few of our lot going so should be a good day. Bradford have started similarly to us and have a big turnover of players so not sure why all the negativity. Personally think a hard fought 1-1 draw but hopefully we nick this one 2-1, we owe them for their last visit to us which was a robbery. Hope MF considers dispensing with the two holding midfielders in favour of a bolder approach which I think will reap further rewards in the medium term.

4-0 Bradford.
Oliver and cook with a brace each

Sorry that was in reply to BELPHY

If the journey and early start doesn’t trouble the players too much we are quite capable of getting a result.

Fancy us for the win, after Cook inevitably scores for BCFC. Plus, their best player is not going to be on the pitch: 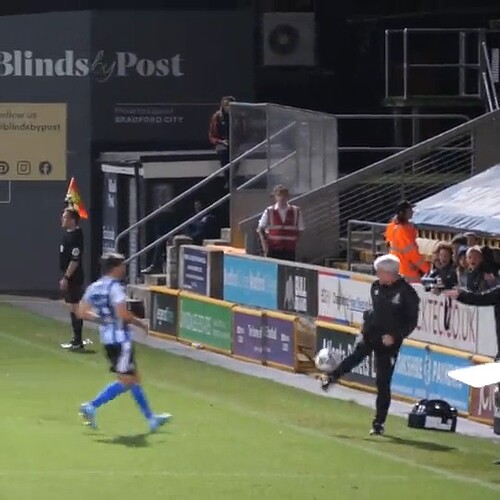