Back to League Two action this weekend as we host Grimsby Town at The Poundland Bescot Stadium looking to take three points and offer an encouraging performance similar to the one we saw against Charlton Athletic in midweek.

Grimsby Town are back in League Two this season following a one season hiatus that saw them competing in the National League last season, gaining promotion back to the EFL at the first attempt after beating Solihull Moors in the Play-Off Final in June. Interestingly, they only finished 6th in the League, but still managed to battle through and win promotion, including a crazy game against moneybags Wrexham.

Anyway, into the present now and the visitors are managed by ex-Shrewsbury Town boss Paul Hurst, who is actually in his third spell as boss, following stints in 2011-13 (joint manager with Rob Scott) and 2013-16 before leaving for Shropshire. He was on some Saddlers fans wanted list for our own managerial post in the past.

The Mariners head into this game 16th in League Two with one victory from their three away games so far this season, which came against bottom club Rochdale. Their squad contains links to Walsall Football Club in the form of ex-Saddlers, Otis Khan and Bryn Morris, whilst they also have current Saddlers player Brendan Kiernan there on loan from us, meaning he will be unable to play in this fixture. 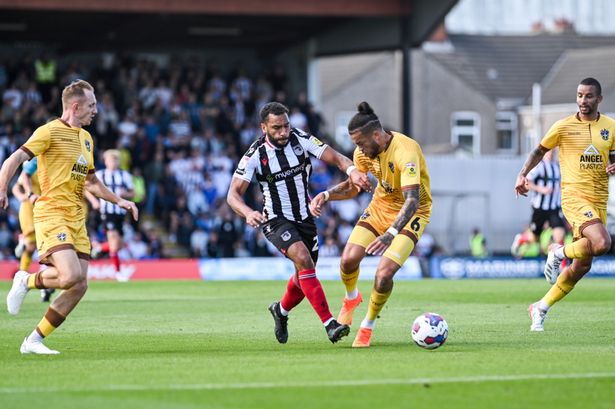 Onto The Saddlers now, and we head into the game following a 1-0 loss to Charlton Athletic in the Carabao Cup Second Round in midweek, that as it turns out was actually quite unlucky as Andy Williams’ scored his first goal for the club, but found it didn’t count on account of the referee giving a handball against him, for not using his hands. Enough about the referee from that evening anyway, before the rant starts.

Michael Flynn should be encouraged by Tuesday evening’s performance and will have a couple of selection headaches given to him by those who played. Liam Bennett staked his claim for a start in his favoured right-back/right-wing position with another strong performance, and there could be reason to believe that Jack Earing could be in contention to start in this game after a decent showing too. A third player that could keep his starting place for the third game in a row is Ronan Maher after an impressive 65-70 minutes in the cup fixture. 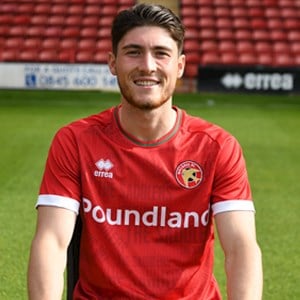 One player that I’m confident to say won’t be starting the game, if making the squad at all, is Norwich City loanee Flynn Clarke who has had a very slow start to his Walsall career so far.

As we stand at the time of writing, there are no new injury concerns for Michael Flynn to deal with, but that could change before matchday. Fingers crossed we come through the next couple of days unscathed.

Looking into tactics briefly, will the gaffer go with his favoured 3-5-2 formation, or could we see a return to something with a 4 man defence? What would you do? Who starts in your team?

I haven’t seen the sales figures for Grimsby Town but given that it’s a Saturday with decent temperatures, and they are in their first season back in the EFL, a decent crowd may ensue, with a 5000+ attendance surely on the cards.

Looking forward to this one after being surprised with how well we played in spells on Tuesday, and hoping for 3 points to boost us back into those play-off spots to continue what has been a relatively strong start to the 22/23 season so far.

Pretty sure Otis Khan is out until Christmas with an injury, so atleast he won’t score against us

Well, there’s one positive I guess

I think we will win but I hope he plays 4 at the back as he did on Tuesday . DJ for Abrahams would be my only change .

These are games we really need to be winning and also set us up nicely for a challenging game at Bradford.

No Peter Clarke? … he has to play.

If we play like we did against Hartlepool we will win. Grimsby have not taken to league football very well, and are still finding the jump up difficult, we need to take advantage and put out an attacking team

If we play 4 at the back then no . I guess that is why will continue with a 3. If we do that my wing backs would be Bennett and Allen.

Ok mate, for me he’s been our best player so far… first name on the team sheet for me.

Looking forward to getting back down the Bezzla. I heard on Tuesday they’d already sold over 700 so will be nice to see a decent away following as you don’t get too many in this league.

Anyone know if trains will be on strike again on Saturday?

No more strikes this month, I had a look myself yesterday.

I’ve given them a lot of leeway with some tough fixtures recently, but if we are to have any sort of ambition this season this is the type of fixture we need to be ruthless about. Anything other than a win here, however we do it, is disappointing.

Quite superb support from Grimsby if they have already sold in excess of 700, should be a really healthy audience, 5,500+.

Think we will have too much quality for them, if we play like we did on Tuesday I have full confidence in a fairly routine home victory 2-0.

Hope he starts with Maher and just plays one of Kinsella/Comley in holding midfield in a home game we should be looking to be on the front foot for much of the game (personally that would be Kinsella).

If he starts with Maher than my feeling is there is already strong interest from other clubs and despite the recent pro deal they are looking to increase his value pretty sharpish.

My personal feeling is and it’s backed up by the stats that the lad has found it hard and despite obvious potential he isn’t ready yet for starts in first team football. That won’t be popular to some but it’s my opinion that he has 2/3 years yet and even at 19 / 20 he’d still be considered young inexperienced and inconsistent.

Made a couple of mistakes Tuesday giving the ball away that could have led to goals against.He needs to be more careful. Just lack of experience I suppose he will get there I’m sure.

Maher certainly gets you a bit more interested in a game of football when he has the ball.He’ll learn when to release it and when not too over time but having a good length deal in place with him puts us in a stronger position if there are vultures circling.

Maher has a lot to learn. Like a lot!
But he is also technically our best player imo and if he carries on improving he will go far.
He is only 17 and a good player imagine what a 19 then 24 year old Maher will be if he carries on this rate of developer S
Very exciting
I’d give him as much game time as we can safely give him without burning him out, he’s ready to learn aswell

When I was a kid I was out the house with my football and over the fields playing World Cup with my mates from 9 in the morning until the sun went down over 12 hours later,then the same again happened day after day all through the 6 weeks holidays and I was never burnt out

. Wow the realisation that I sound old

We used to call it Wembley

We were talking about the 6 weeks holidays the other night, mom and dad both worked so even at the tender age of 12 i was fending for myself, i would get a pound to feed myself, it was either Taylor’s cafe for chips and gravy one bb, or half and half pie mash dinner

But if i only got 50p it would be a tomato dip sandwich, and then i would run down to Edward Roses canteen to have a Manchester tart with my nan.

Remember breaking my arm playing Wembley. Was back out the following day playing football albeit with my whole arm in a cast.