PLEASE NOTE THIS IS A 1PM KICK OFF

Enough of the jokes.

The Stags are managed by Nigel Clough who is just a month short of his two-year anniversary in charge, and who himself was an accomplished footballer in his own right before heading into management. Clough has a win rate of 45.5% for the hosts, from a total of 110 games managed, making this his second most successful job in terms of overall win rate, with his stint at Sheffield United taking first place.

The Stags are nicely placed at the moment, sitting 5th in League Two with a record of 7 wins, 2 draws, and 3 losses from their 12 games played up to this point. Looking specifically at their home form, they have not suffered defeat so far this season in the League at the One Call Stadium (or Field Mill for the purists amongst you), with 3 wins and 2 draws. 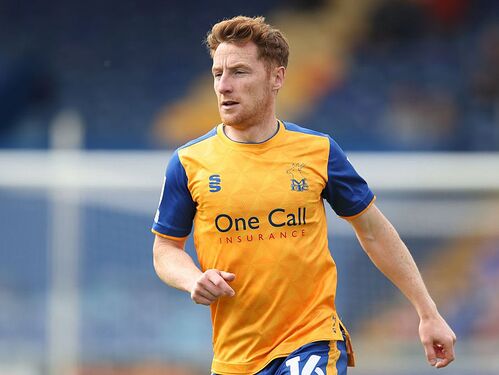 Looking at the squad they have in place for this season, their is a lot of experience throughout, with two of their regular starters being old in footballing terms, with midfielder Stephen Quinn clocking in at 36 years old, and right-back James Perch coming in one better at 37 years old. If our own Andy Williams and Peter Clarke make the pitch at the same time, I wonder if this would come close to being the oldest 22 players on a pitch in a professional game at any one time (in the UK at least)?

Now onto The Saddlers, and what a difference a few games makes.

Just a short while ago, Michael Flynn was tearing his hair out at having gone 13 games without a win across all competitions, and now all of a sudden we find ourselves on a 3 game unbeaten run, with 2 consecutive wins. Football eh?

Heading into this fixture, confidence within the squad is up, performances are getting better slowly but surely, and there is a sense of optimism coming back in supporters. Last time out against AFC Wimbledon we were comfortable winners as it turned out, and there were promising performances from players who had been suffering a dip in form or a lack of confidence such as Isaac Hutchinson who bagged his first goal of the season in the game. He will be hoping for more goals to follow, as do we all. 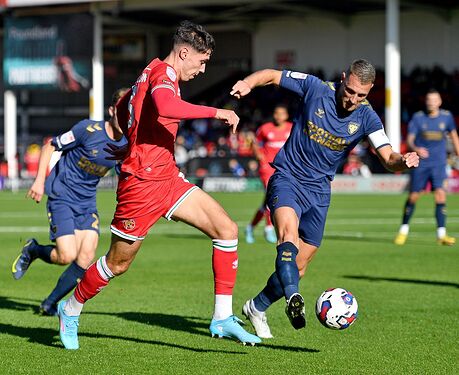 Due to the way our securing of Danny Johnson ended up, with us having him on a six-month loan instead of a permanent deal, we will be without our leading goalscorer in the fixture as he isn’t allowed to play against his parent club. Having scored 8 league goals in 13 league games, this is going to be a big miss, but it is a chance for one of the other strikers to step up and make a difference, and this leads us into the team selection for the game…

With no DJ for us this time out, I suspect that Andy Williams will be out to record a goal or two for us from the start, with perhaps Timmy Abraham taking his place on the bench. Douglas James-Taylor has done enough in the last two games to keep his position next to Williams.

There is no new injury news to report at the time of writing, so other than the enforced change I don’t see any reason as to why Michael Flynn wouldn’t continue with the same team that has started our last two victories. Do you agree with this, or are there any changes you would make?

As of this evening (Wednesday), 550 tickets have been sold to Saddlers supporters making the trip, with this number expected to grow over the following days. Amazing support yet again, even more so considering the crap kick off time! Be loud, be proud and bring back the 3 points, and let’s keep this momentum going now.

Predictions for the game are most welcome, as usual, and if anyone can help another supporter find the places to eat and drink then feel free to let us know where you’re headed.

Didn’t realise his win rate was that good. I always feel like he’s under pressure there for some reason.

Oh, and I think Mansfield win, mainly down to no Johnson.

Didn’t realise his win rate was that good

Yeah, I was quite surprised when I saw it, I did a double-take!

I always feel like he’s under pressure there for some reason.

He seems to be at least once a season.

The Stags are nicely placed at the moment, sitting 5th in League Two with a record of 7 wins, 2 draws, and 3 losses from their 12 games played up to this point. Looking specifically at their home form, they have not suffered defeat so far this season in the League at the One Call Stadium

That smacks to me as another Walsall win , it’s the Walsall way .
I said the same against Northampton …watch this space

Can we pay on the gate?

I believe so, £2 increase on most categories, £1 on some of the younger fan categories.

Mates just sent a WhatsApp saying it will be interesting on Saturday, without the Poundland Haarland!

DJT needs to step it up if he’s going to get those 10 goals before Christmas. To me he seems to be more of a support player than the attacking focus - but then so do all the other options (Williams, Knowles, Abraham - and potentially Maddox and Maher). Maybe a change to the old Man City system of false number 9s, (10s, 8s and whatever else)? So rather than 1 or 2 attacking the box we have loads in the hope that one of them can hit the target … or we just put 10 behind the ball and hope for a break.

A draw is my prediction. 1-1 Knowles with the goal . I think he is the likely replacement for DJ.

I’m picking our tickets up tomorrow so will enquire as to how many have been sold.
2-1 win with Knowles and DJT scoring.

Me too. If we managed a thousand to Stockport then similar is possible.

I wonder if I can tempt the @chunkster along

I think this will be a very difficult game. Over the last couple of seasons Mansfield have, for me, been the best side in the division. They dominate possession and make the opposition work very very hard for any of the ball.

I think we’ll lose but I think it’s important to not get carried away with that just because we’ve won the last two. It needs to be treated realistically and not the catalyst for another poor run of results or a losing of all perspective like we did following Barrow.

Williams surely? Need someone with nous to actually hold the ball up in a game where team will be under pressure for long spells.

Would be more than happy with a point, more likely a 2-1 defeat.