You are correct, Bescot Bar is part of the community hub. (I didn’t know myself, I actually had to check)

From what I understand, there will be other players included other than the ones chosen from the polls. The players in those polls were chosen from previous polls the club run, from what I read on the official site. 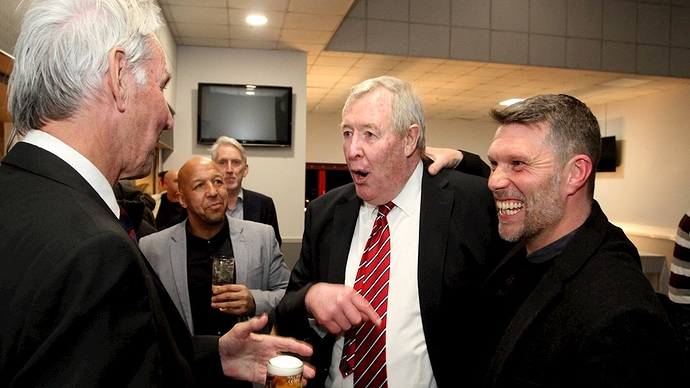 Vote for your favourite players to feature on Legends Wall

We are pleased to announce that, with thanks to Independent Saddlers Supporters Association, we will be placing a Legends Wall in the new Community Hub ahead of the new season.

Hope that clears it up a little.

Guessing the lad running the social media account, knows ■■■■ all about the history of the club.

It really is that simple.

But what about his penalty save against Sheff U (Don Masson?) in 1981

I’d say Fred Barber and Steve Cherry were of similar ability. Barber maybe edging it as a better shot stopper and yes certainly more entertaining. Jimmy Walker as you right stated was of a higher ability and had he been a few inches taller could played at the top level for a long time. In fact it’s possible he was good enough anyway. We were fortunate we were at a higher level for some time, or you feel we would have lost him sooner. Although the part he played in getting us there and keeping us there for a while shouldn’t be underestimated.

There was a story than Buckley wasn’t too happy with Ron Green after the second leg of the game v Liverpool, seems a bit harsh to say the least, and I don’t even know if it is true. He did replace him shortly after with Godden on loan from Albion (I think)

I can’t go back as far as Phil Parkes, or Bert Williams and so on, so for me Walker is miles ahead in this one for me. Not only our best keeper over my time following Walsall,but probably one of the best players overall, especially given how many games he played.

Wackas height put suitors off otherwise he would of been gone from us well before he finally did move on.

Without question, and even with that he was still good enough I’d say. He had just become West Ham’s number 1 keeper when he had that bad injury (in the play off final if I remember rightly?)

It makes me chuckle a bit when I see his height marked at 5ft 10. I am 5 10 and a gnats knacker, and have stood next to Jimmy, I’ll say no more than that

Such a great player for us. His performances in the 98/99 season were so good, he won player of the season in a team full of heroes. He made saves that season that defied science and logic, and won us many many points that got us over the line.

This seems to be in conflict with the original idea…

It should be based on their legend status not necessarily how they compare on playing merit or “best I’ve seen”. For example, as a player Scott Dann probably was better than Colin Harrison, and more of our current fanbase will have seen him play, but Young Colin was a local lad and a loyal servant of the club for 18 years, held our appearance record until Wacka broke it, and played in some of those iconic games that still get talked about from back in the 60s and 70s (such as Man Utd and Arsenal).

Dann is probably most remembered for THAT goal against Rochdale but (or so I’m told - by older fans) Harrison once scored with a free kick from within our own half.

Scotty is off course still playing up there in the EPL (although he never did get the England cap many predicted), but Colin is always assured a good reception when he turns up for former player events (and I recall him playing in some testimonial game featuring a few oldies a little while back - still looked fitter than many who are much younger than him).

So which of the two is more of a legend?

For me Colin Harrison is the legend fir the reasons you state. Scott Dann’s goal was memorable but in the context of the game and opposition Alun Evans’ v Leicester is more legendary and Ally Brown’s at Highbury or even Mark Rees at the icy Rotherham.

But what about his penalty save against Sheff U (Don Masson?) in 1981

Agree about that. It was Don Givens, Long thread about it on Blades forum a couple of years ago. 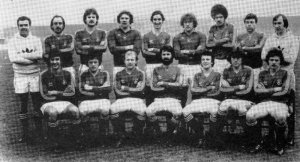 Remember that we’ll. It’s been mentioned about on past threads but there were false results given out on the pa suggesting United had survived ad well to avoid trouble. When the home fans found out they were relegated we faced a gauntlet of missiles coming over a wall on our way out.

From that game Don Penn’s penalty also has legendary status.

Sheffield Wednesday fans used to refer to it as Thank Givens Day.

I think you have to do something pretty special to be considered a “legend” if you only play a season or two for the club. Scott Dann was clearly very talented, and destined for bigger things. He also played in a title winning side for us. Still don’t really think he has legend status.

I look at someone like Andy Rammell who didn’t play for us very long, but the role he played in our promotion, and the fact he scored against all of our “bigger neighbours” most notably the winner v Wolves, may just give him a shout at it. He was also really popular with the fans which also helps. I see players like Keates who won 3 promotions with Walsall a shoe in personally, even if he wasn’t the greatest player we have ever had (although far better than he was given credit for, until he was gone of course)

Don’t remember one from his own half but the other Colin Taylor scored at least one from about 40 yards.

As I say, only heard about it from.older fans - he’d already been there long enough to qualify for a testimonial before I first saw him play.

I thought I’d read that as part of the announcement about the bar skinning, ISSA were also including Royston Randall (deservedly) amongst the legends that they were choosing themselves, but can’t find it on the thread.

Royston definitely deserves a memorial. The other fan that I think has legend status is Kitty Lyons - although I guess most of those under 30 would vote for Dancing Kev?