Kick off has been brought forward to 1pm 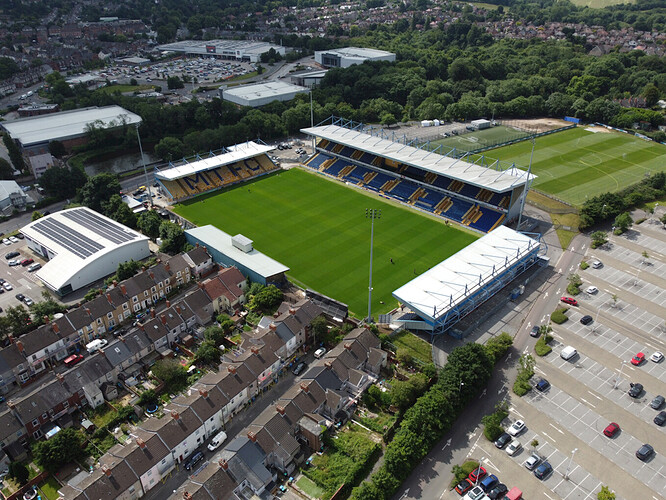 Mansfield Town’s Sky Bet League Two encounter at home to Walsall on Saturday 15 October will now kick-off at the earlier time of 1pm.

Well that is shit.

Seems a bit of nonsense to me especially as Mansfield have very wealthy owners.

Not good news for anyone travelling across the country from the north-west, especially on a train

A penny saved is a penny earned. Thought a Tory like you would appreciate that

First Saturday game back for me so might have a wonder up. Just checked the train - £22 return from Wolverhampton. Be back in the pub for half six.

The Mansfield explanation for this is they want to experiment with how much it will effect attendance Vs what they save on energy. Doing that against one of the closest clubs seems a bit disingenuous to be honest.

Do you think it will have much of an effect on how many we take?

If they’re worried about the added costs could they not just use the estimated energy costings from their last night game, add on the inflated percentage of cost and then compare it to their last day game?

No, and that is my point. It’s what, an hour and half away? So a 10:30 start driving or whatever time on the train isn’t too unreasonable.

Seems to have been set up to say “Look! Doesn’t make that much difference”

Do you think it will have much of an effect on how many we take?

It may impact those intending to travel from elsewhere in the country, especially with our trains

Didn’t it kick off at half time last season, under the stand?
Is the reason really about saving on electric costs or reducing drinking time in the pubs?
If it’s overcast on the day, the floodlights will be on, so what do they save?

Well of course I believe in thrift but this seems a little OTT to me. However as others have said I can see this happening across the lower Divisions this Winter.
BTW I am going to Stockport next week.My first away trip in ages.A family outing with my youngest grandson in the party.A Manchester City fan!!!

Wow hard times indeed especially seen as there’s now a cap that’s much much lower than was originally being banded about.Can’t say I’m impressed I’d have been in the boozer at 1pm with a good hour and a half’s drinking time, that’s now gone

Its a good job notorious tight arse Ken Wheldon isn’t still our owner, hed be turning the floodlights off at half-time!

there is that option but I can’t really drink at 11am tbh mate.Years ago I’d have started at 8am like I did the day of the millennium stadium.we were in the Thatched House in bloxwich at 7 o’clock

bloody long day that was! Well worth it though obviously.

It probably won’t put me off Mansfield but if it is a regular thing I will definitely knock some of the away days on the head, if not all of them.

The 3pm kick-off is something we should fight to keep in my opinion. Once you start down a route sometimes there is no going back. During the middle of winter it barely gets light anyway so the floodlights will still be needed.