We are finally back on home ground this coming Saturday, as we welcome a Mansfield Town team managed by Nigel Clough.

Interestingly, if the league started when Clough took over, they would be top of League Two right now, so make no mistake, this will be a tough game. We will also ‘welcome’ two of our former players in Andy Cook and Mal Benning. Shame there are no fans there to greet them.

Clutching at straws with that last one, they could have chosen our very own Darrell Clarke (FIFA A+++++++ Badge Holder, Advanced Tactics for Professional Football badge holder, and so on) instead, who hails from Mansfield!

The game should be hotly contested between two semi-decent League Two teams, both of whom flatter to deceive when it comes to the end game.

Mansfield’s game this evening has been called off due to a frozen pitch, so their last 6 games have been:

So, 5 wins in their last 5 league games, with their only defeat in the 6 coming in the FA Cup…easy right?

Instead of predicting the starting line up, let’s hear your opinions on who should start, and in what formation? Also, let us know what you think the score will be.

Finally, other than Andy Cook and Mal Benning, give us some more info on past players that have played for both teams.

Help raise £7000 to help Walsall Football Club through the Covid-19 Behind...

I’m sure Harry Middleton came from there to replace Allan Clarke.

the 11 most famous people from Mansfield and they were:

Shame on you! Alan Buckley was born in Mansfield

Don’t blame me, blame the article. Clearly not famous enough for Mansfield

The band B Movie, who released the brilliant Remembrance Day in 1981, were from Mansfield.

Fantastic band and should have had much more success than they did. Saw them back in 2007. Still releasing new material.

Bit of trivia. An electrician who did various leccy jobs round my house for a few years was Alvin Stardust’s go-to guy to sort out various things for his tours and run his website. A kind of tour/fanclub manager. Big Leeds fan too (the sparkie not Alvin) so we used to talk a lot about footie, much more than the leather gloved man.

Deserved a couple of huge hits, but there ain’t no justice. 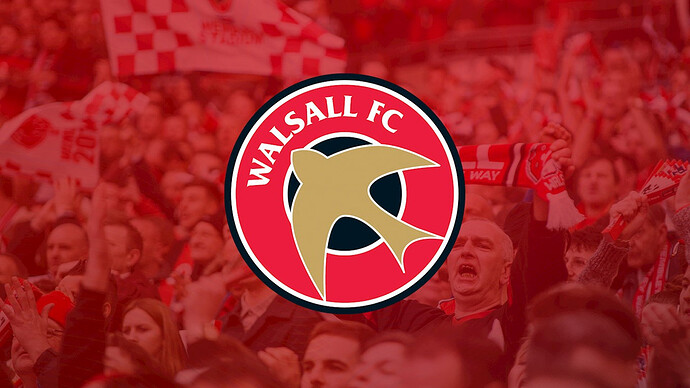 The results are in and it's good news for Walsall FC.

Had to read that first bit twice

I would Keep the same team for this one . Would bring back Norman though as he despite having a very good season is seeing less game time lately in favour of white as he is one of Clarke’s signings so he must put pressure on himself to play him.

Tony Lowery, who had a couple of loan spells with us several years apart (one at FP, one at Bescot) played hundreds of games for Mansfield.
And talking of loan players, one of our most useless, Tom Curtis, had 2 or 3 years with the Stags. They were welcome to him.
Mark Blake went from us to them.