The apology was from the man himself. As I say above, I don’t care whether it is our football club or the Prime Minister, if someone makes an apology, takes responsibility for it, realises it wasn’t good enough and commits to improvement, they should get that chance.

(Note: I do recognise that the PM never fully apologises, doesn’t take responsibility and never improves!)

Seems to be part of todays culture that people think that they can simply issue an apology to absolve themselves of shoddy work. You see it time & again with politicians & football players (especially Harry Maguire). Then they trundle off, no lessons learned, to rinse & repeat.
If I’d been organising that press conference I’d have had someone do a trial run to make sure that everything was working beforehand. As Benjamin Franklin once stated, “By failing to prepare, you are preparing to fail”.

" Were run by amateurs and we know we are "

Come on people,calm down. Deep breath’s everyone, it’s no big deal. The guy has apologised and owned it. We will be able to get the gist of it from the express & star.

We will be able to get the gist of it from the express & star.

It will be in small print under a dingle article

Yep, most likely underpaid, undertrained and not given access to enough budget for things like cameras, microphones, etc. The flack shouldn’t all be directed at Heslop and Joannou.

Really? WFC is world renowned for its conference facilities. There will be cupboards full of multi-media equipment at the Banks’s…

Just like the ticketing fiasco, it’s the poor underpaid, under trained (if any training at all is given) staff that cop the flack - and its always wrong but they are the easy targets.

Yet again, the faults and blame are with our beloved CEO’s in charge of operations. Bless em.

It continues ! Why put this out ffs, the sounds terrible again 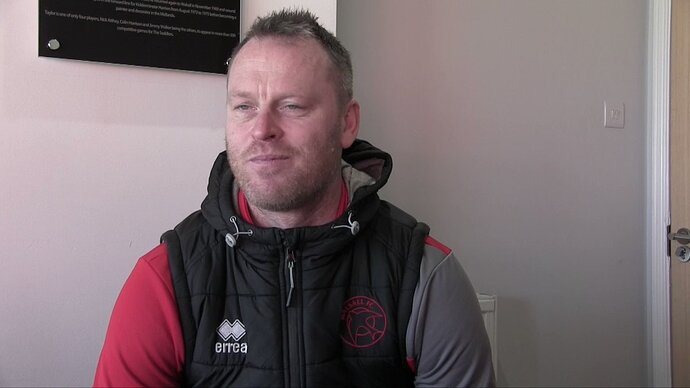 Understand what you’re saying here Tom and feel the same if it was the first time they’d tried to do this , but it isn’t.

Even with the equipment they do have the quality shouldn’t be this bad. Phones nowadays are powerful to an extent and a simple tripod and mic setup would of meant a much better output.

To stream in portrait is a bad enough error from media specialists in the first instance knowing it’s live on YouTube.

I mean that camera in Paul’s heading pic on Twitter will of been a much more better. Alternative is to arrange hiring something for the day full well knowing when it was happening.

I too do things with digital content and I’d be ashamed if that was mine. I’m self taught too, where as these have specific experience in their chosen field and maybe even qualifications from Uni. After all they got the job after the roles being advertised.

Sounds like there is a stream running behind them at the end. Must be conducting the interview in the bogs and it is a stream of piss

Compared to the live presser its George Lucas standard.

Does anyone read programmes nowadays?

Yes i do old habits and all that mate lol

The apology was from the man himself. As I say above, I don’t care whether it is our football club or the Prime Minister, if someone makes an apology, takes responsibility for it, realises it wasn’t good enough and commits to improvement, they should get that chance

That might have flown if it was the first time, but it isn’t, like many areas of the club.

The club doesn’t learn from its mistakes.

And his apology appears to be him admitting to trying to do something last minute instead of preparing properly.

You and I don’t know the circumstances behind that. If it is something that has happened time and time again, I’m sure that the powers that be at the club will take appropriate steps. I’ll leave that to them.

I’m sure that the powers that be at the club will take appropriate steps. I’ll leave that to them.

You really believe that? They don’t care about sub-standard performances, as long as it costs as little as possible.

For me what makes it more unacceptable is 1- the header pic shows a clearly better camera solution
2- I did filming at the club back in the hutchings era for a documentary and spent time with Dan Mole and he did all the media stuff and was perfectly technical with the equipment so surely he has the knowledge so his media team below him surely should to.
3- this has happened numerous times now so it’s clear they just don’t have the desire to improve it

For me maybe just don’t do a live stream film it put it out and if people want live updates they can follow the social media tweets.

I wonder how much they charged him for his body warmer?