The below has been sent to the slo. Following a large volume of requests from the fanbase. Requesting a meeting

Fans are requesting that an open meeting be called with just. You. chairman and dof in attendance

Feelings are running high now. , and many. think it would be good for everyone’s. Moral if such a meeting took place Where. There concern can be put in person.

As a supporters group the question is being asked of us if we can communicate. With club in facilitating such a meeting. , and as said before if such requests are made we will put them to you for consideration. As to wether such a forum can be arranged. ,

As fans and probably the biggest long term stakeholders in the club Many are totally disillusioned
At what they are witnessing. On the field.

Many are fearful that relegation is now. A more realistic prospect than the play offs. , and many are concerned at how little we have done in the. Transfer window. Despite previously being told. That there where many. We had. On the radar waiting to be brought in. By the dof. ,

As a fan standing on the terraces. With lots of. other lifelong fans on Saturday. There was a powder keg atmosphere. Building. With fans who have always been supportive through thick and. Thin , and when supporters like this are. Thinking of walking away from club. Then alarm bells should be ringing.

The actions. Of the fan who. Approached Matt Taylor on Saturday. Although. They can’t be condoned. And Should not be repeated by anyone. Are. Being applauded by many. As like said. A large proportion of the fanbase are. Sharing his exact feelings. , and are hurting. To see our beloved club. Apparantley not being able to compete. And. They are demanding honest answers from those in charge as to why this is the case

Personally I have never. Seen my fellow fans. So concerned. At the way the club appears to be in. Constant decline. And has lost its way. As they are now. At the end of there tether with the club.
Maybe a good honest clear the air. Question and answer. Forum is exactly what is required.

If club are open to the fans request. Please let me know of any dates club may have in mind. For. Such an evening. To be arranged

I am not sure what it will achieve, though I admire the gumption to request it.

Worth noting that I say this as someone who is resigned to the monotony of a poor WFC.

This needs airing in public.

It’s the only way we can seemingly get our director of football to communicate.

What is the purpose of this meeting? is it just to discuss the football side of the club and the poor performances?

Fans have requested it mate. To question. Fullerton on the football matters and chairman on the. Financials. Face to face

I’d personally like to see the full board of directors sat in front of us and get there take on it all. 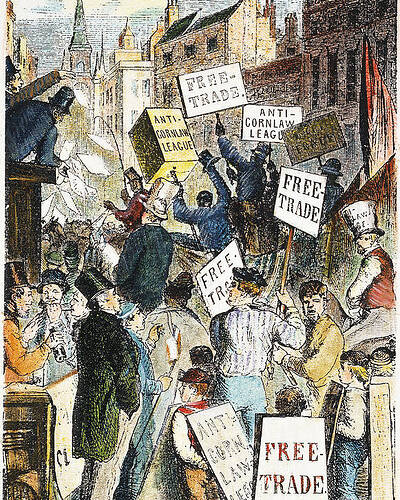 Whilst I agree that they need to start explaining their decisions …. and quick… I’d say it’s pretty unlikely they’ll agree to a meeting in front of hundreds of fans when you’re already saying it’s a “powder keg” and they should “feel the wrath of fans”.

A (properly minuted) meeting with the supporters groups putting fans questions to them and it being released within 24 hours would possibly be more likely to succeed.

Fullerton on the football matters and chairman on the. Financials. Face to face

so it appears the scope of the meeting is beyond just the footballing performances. With respect that was not clear from the first message, hence the request for clarity. Im sorry the thread has been hijacked by silliness on such a serious matter.

Who decides the team’s formation?
Why do we never vary the formation? E.g. when other side is down to 10 men.
What was the thinking behind signing Stephen Ward?
Why did we not have a reserve left back on the books?
What is to prevent another Otis Khan situation developing in the future where a player uses the club to gain fitness and moves on for nothing?

Where in the accounts are the fees received for Adebayo, Jules and Henry?
What do Villa Ladies pay for using the Banks’s Stadium?
What is LP’s plan for reuniting the freehold with the club?
What are the timescales around this plan?
Where does he envisage the funds coming from?
Why would anyone give Walsall Fc the funds to enable this without expecting something in return?

Im sorry the thread has been hijacked by silliness on such a serious matter.

it wasnt though. It wasnt clear if the meeting was just about the football team or the financials too

Surely anyone can see from watching performances and reading forums or Joe Edwards’s articles that it’s the whole sha bang from the grass on the pitch to the top of the board room.It baffles me as to why some would even question what the meetings for or indeed question why we should even bother are you actually for real?
Well done @Dhforever you are amazing when it comes to the fans of this club.

why we should even bother are you actually for real?

Its surely important to decide what fans actually want to get out of the meeting before it proceeds
There was a meeting with the chairman not two weeks ago. We’re surely not going to go through those same questions again are we?