Anyone else attending, or is it just me and my son? Looking forward to a win.

Scrap what I’ve just wrote then

Looking forward to a win.

Are you a Cheltenham fan?

Allocation of 225. Probably too generous an amount, by about 200.

I’m going down. Its my son’s birthday and i promised I’d take him.

Anyone else attending, or is it just me and my son?

I’d take your shorts if I were you, centre-forward’s got boils, two half-backs are going to a wedding and the goalkeeper’s got a coldsore.

Will this be on ifollow?
Crazy i know, but i might part with a tenner if i feel in the mood tomorrow!

Not going and if it’s on ifollow I’m not even sure I can be arsed to watch TBH, Even if I can watch it without paying the tenner

Not always sure of the apathy towards PJT…I get it re the Prem Youth teams but it’s still a cup game, a realistic chance of success if you take the group games seriously and it’s more football to watch!!

It’s clear we’ll see Earing play lots of minutes. I’d also expect starts for Cashman, most likely Abrahams, Maddox and Hutchinson so it can’t be anything other than an attacking line up. I also wouldn’t be surprised if we saw Liam Gordon.

It is on ifollow. Would love to see all out attack but I guess we will see a group of players unused to playing with one another,

See Derby v Man City youf has been postponed due to international call-ups - AT MAN CITY’S REQUEST you couldn’t make it up.

Flynn should take note, nevermind trying to get at team out at Walsall, he should try it at Man City. 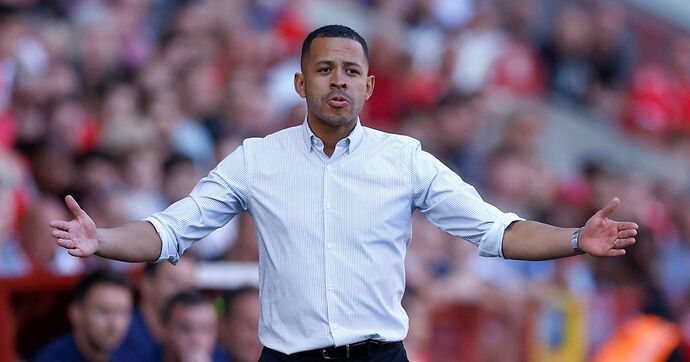 Should be a forfeit.

Glad you carried on typing after those three words.

No buts. We are not equal to Premier League youth teams and we should never let it creep in so that it never becomes the norm. Never attended one since it changed to this farce and never will.

Oh, and penalties after a draw for an extra point can get in the bin too.

Not sure we need this competition at all but, if they do, you could have a League 2 Cup (and a League 1 Cup too ) and the winner gets promotion, or possibly enters the play-offs. That would sharpen the enthusiasm.

Anything that strengthens the case for PL reserve sides in lower leagues needs to fail.

I hope we get to Wembley in this competition but I won’t be there.

No buts. We are not equal to Premier League youth teams and we should never let it creep in so that it never becomes the norm

Totally agree, but we’re fighting a losing battle. Proposals released today show that the some Premier League teams are now looking to put their u21s in the league cup as well.

A comfortable 3-0 defeat is all I can see happening I’m afraid.