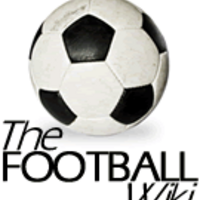 It’s a shoo-in. Another seven 0-0 draws to end the season, and our name in the record books.

If I’m reading it correctly, we only need 5 draws to take the most draws in a season record.

5 draws would probably keep us up too.

It’s not that unlikely

It’s not that unlikely

A nailed-on certainty for me

I believe our club record for games without a win is 18, so we could ‘achieve’ both.

I thought we went 22 games without a win in 1988/89 starting with a 3-1 defeat to Liverpool in the cup and ending when we beat Sunderland 3-0 a week after we’d been thumped 7-0 by Chelsea at home.

We beat Sunderland at home some time between the time you mentioned.

I think the Sunderland home game was the week before the Liverpool game. Not sure if it made 21 games without a win though, would need to look it up and start counting.

I thought we went 22 games without a win in 1988/89 starting with a 3-1 defeat to Liverpool in the cup and ending when we beat Sunderland 3-0 a week after we’d been thumped 7-0 by Chelsea at home.

It was 18 league matches without a win, of that run the first three were the draws and then we went 15 straight defeats in a row until the incredible win at Sunderland.

There were also 4 cup games, the 3-1 against Liverpool, a draw and a defeat in FA Cup third round against Brentford and a 4-2 defeat to Palace in the Simod Cup.

But of course we were at that time playing in the second level.

I thought we beat Sunderland the weekend before we lost to Liverpool?

You are right, I just checked. Was a long time ago !

We’ve lost so many games, how can we possibly keep track of them all?

I went to every game that season home and away. Just looking we had only lost 2 league games up to the last weekend of October. Then LLLLLLLLLLLLLLLL .

I think the rot set in that season when we lost the talented Alex Taylor due to a broken leg against Stoke. Was it something like one win in 27 after that? Of course we also signed Dale Banton around then.

I genuinely think Banton gets a bit of unfair stick, always comes up in worst Walsall players ever threads. Don’t get me wrong he wasn’t good enough, but he had scored a shed load at 4th division level. He was plonked into a team out of it’s depth two divisions higher and by all accounts was carrying a knee injury for most of the 10 or so games he played. Still it my have been different if we had signed Rimmer at that point instead of later.

14 games ago we beat port vale.

I think you’re right in that he comes in for a lot of unfair stick, even though I’ve been one of his critics. I think his success at Aldershot and York was partly to blame as we had high expectations and a lot of fans saw him as a replacement for Kelly. He would certainly have done a lot better for us in this division than our current forwards.

I’ve posted this story before but worth repeating …

When we beat Aldershot 4-1 down at their place in the Late and Daft Trophy back in 1990, there was only a small crowd of about 1200 (including just a handful of Saddlers) but to a man all their fans started chanting “What a waste of money” when Banton came on for them as a late sub.

I believe our club record for games without a win is 18, so we could ‘achieve’ both.

WOW!!! Let’s give it up for our record breaking Saddlers…wup-wup