Relationship with DS and Villa

Just seen Seb Revan score the opening goal for Grimsby on loan from Villa. Why haven’t we got him or any of the other Villa youth cup winners on loan. Can only be that DS is still so fed up with JB. Wonder if ROK would like to be director of football. Revan just scored a second.

Onodi in goal for Sporting is on loan from Villa and has looked good despite conceding - if Rushworth moves on in Jan, could be an option

I doubt it has anything to do with JB.

Dean Smith will do whatever benefits Dean Smith and Aston Villa. Those two are currently synonymous but there might come a time when it isn’t.

With regards loaning is players - we will attract young prospects if it is perceived that we will improve them both as footballers and as human beings. On the former I reckon our “press” from youngsters who have been with us in recent years will be very mixed. I’m not sure the couple of youngsters we have taken from Villa in recent years will have fed back positively in terms of their opportunity to improve as footballers. On the latter, sometimes it will be perceived that a youngster needs time away to mature. I obviously don’t know Seb but the Raven family are from West Brom so it may be perceived that for him to develop as a human being and maybe mature he needs to move away from home. I grew up with a few lads who became pros and a couple of them could have definitely done with time away from certain local influences in their late teens.

In other words, we will get youngsters from our neighbours if it works for our neighbours. Not out of some kind of benevolent gesture but because it suits them. We need to make ourselves attractive. Like with lots of other areas of the football side of the club, the current regime are starting from a position of deficit. Dean Smith’s loan arc with us needed about five seasons to get through lower league loanees and higher league loanees who were a million miles away from first teams to a point where Chelsea, Liverpool and Manchester City were trusting us with making some of their brighter prospects better.

Have to agree with what you say. Just find it upsetting that someone with such a close connection with us sees the current situation for what it is.
We will never know but I wonder if our DoF has ever contacted anyone at the Villa hence my tongue in cheek comment about ROK.

100% Smith won’t be involved in who gets loaned where in the Youth Team, they’ll have a loan manager for that.

Yes they do. Adam Henshall was appointed as the club’s new Head of Emerging Talents & Loans and Mile Jedinak as Loan Player Development Coach at the end of March.

There was an excellent interview on the Price of Football podcast least year with Leicester’s loan manager which gave a great insight into what the job involves.
This episode if you’re interested (15 October 2020) 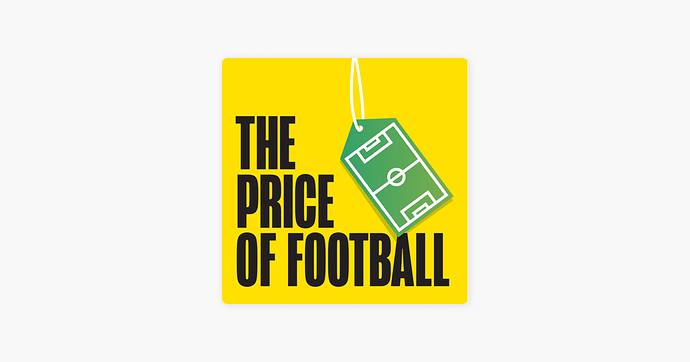 Yeah nowt to do with Smith.

It’s more to do with the fact we appear to have terrible relationships with local clubs. Considering there are 3 much bigger clubs with good academies we won’t ever punch on a level with ever again it’s daft. Maybe there is nothing to it, but it’s weird to me.

Maybe it’s because we mess them about (Birmingham), or they mess us about (WBA), or we’re just generally not a good place to develop their assets.

We we’re, and are, much better off trying to pick up their cast offs instead, like we did with Sawyers, Deeney, Mantom, Forde etc

I agree. But we don’t tend to pay the wages to take the punts on the good ones, I can only think of Mantom and Sawyers who we had already had who we must have offered decent deals. Mantom was a must as he was so good on loan, but Sawyers was crap when we had him on loan, he is some of Smiths finest work.
Deeney wasn’t really a cast off in fairness, just a lad we got lucky on.

Until we decide as a club to take a risk offering these lads money and a deal we won’t ever do that as a model.

Too busy making money mysteriously dissappear in our own academy.

Sawyers and Mantom weren’t cast offs as such as you say, we had them on loan and Smith obviously had time to sell a vision to them. Sawyers never really had much game time when he was on loan but I am guessing Smith would have known his class.

You summed it all up with your comment about offering money, at the end of the day if we want better quality players at the club on a consistent basis then you have to pay more money. It’s about spending it in the right places too. You will get hits and misses but if you have good people at the club who are good at identifying good players then you will have a good success ratio.

To be fair, the club signed Adebayo. I’d imagine he wasn’t cheap coming from a prem London club.

I’d forgotten about him already

Sawyers never really had much game time when he was on loan but I am guessing Smith would have known his class.

Yes, Sawyers had very little game time when he was on loan, I’ve always thought that was deliberate to avoid putting him in the shop window.

Yep you need signings like that, players that are a bit raw but you know they have the potential to improve. Then even though you will inevitably lose them, there is a good chance you will make a wedge out of them. Be nice if we could be better at getting better deals for some of these players but agents make it a nightmare to be fair.

Signings like Labadie and Wilkinson are good, proven at the level you are playing but you also need players who you can improve and probably sell on. I am guessing Earing will be the one out of this batch.

Recruitment isn’t an easy thing, not to do it well. Especially when it is a complete rebuild every two years for us. You can improve on it though if you have a clear plan. I’m not saying this years was awful we are beginning to look like a decent team but the squad is unbalanced and has nothing beyond the first 11 really. Probably cos we splashed the cash to get several players in. Seems like we run out of money to me to finish the squad completely.

Or maybe he was already looking to sign and we got him a bit early.

Go on about tactics all you like but football is all about recruitment. For sure its not easy.

Walsall have had years of players not really up for it so to speak so maybe we are being a bit careful signing the right types of people.

Going back to the original point, we’ve got Holden who we probably paid a fee for. And his knees have disintegrated. Reminiscent of a Mr Cuvelier.

Very difficult these days with agents. The minimum you can give a young player with any quality these days is two years. You are probably taking a gamble on them, by the time we know we have a player on our hands their agents will be selling them to other clubs and the player has no interest in renewing. It’s happened so many times and leaves fans frustrated but the alternative is giving three year contracts and getting burned when they don’t work out. That is a recipe to end up like Bury and others.

Yes, but we signed these players on loan with a view to permanent, which hasnt happened for a good while.

Also, Deeney was a Villa cast off, they released him from their youth set up.

He was only there on trial.

He had banged in 20 goals for Chelmsley Wood when we signed him.

Yes, but we signed these players on loan with a view to permanent, which hasnt happened for a good while.

Two recent examples of players who’ve come on loan and then signed permanently are Jack Rose and Rory Holden.

Could be. Either way it was an excellent bit of business.